The thrill of controlling a game with your thoughts alone. 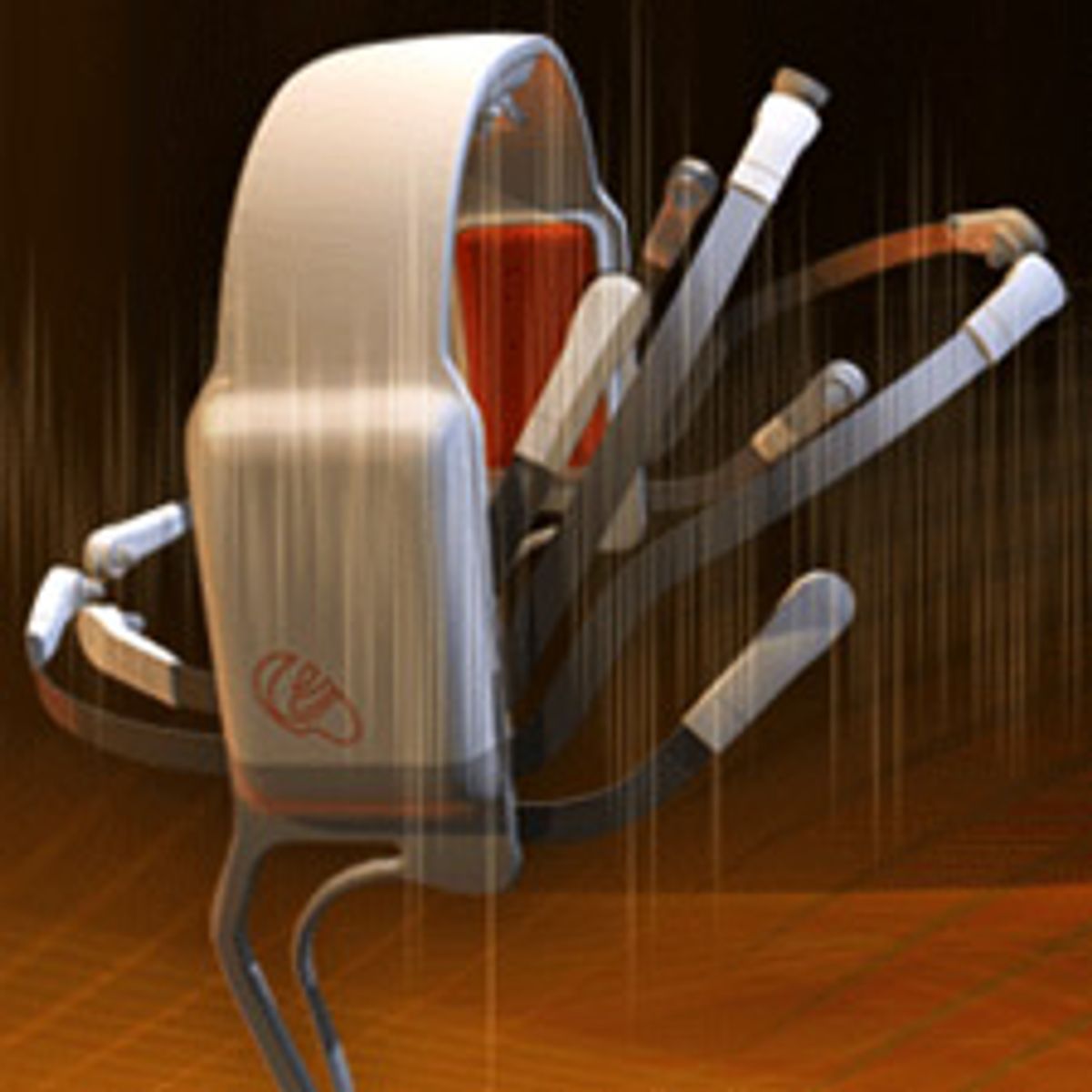 A few weeks ago, I visited a start-up company that promised a neat trick: It would read my mind. [Ed's. note: OK, but that's a pretty light read!]

The firm, Emotiv, is developing a brain-wave detecting video game headset. Think of it as phrenology for modern times, and for fun: The device resembles a standard audio headset, but it's fitted with an octopus of medical-grade EEG arms that sit against your dome.

The arms pick up electrical waves sloshing against your cranium, and from the data the headset divines your thoughts and your emotions. It can sense your facial expressions -- it knows when you're smiling, blinking, wincing -- and, even better, if you think "lift," "pull," "rotate left" or a number of other standard game commands, the directives materialize on the screen.

Tan Le, the company's president, told me that the firm had spent much R&D time perfecting a way to bring mind-reading tech to the masses.

In recent years clinical researchers have used functional magnetic resonance imaging, or fMRI, to get live shots of what our brains look like as we're thinking things. fMRI, which uses a room-size scanner to see inside your head, isn't practical for home use, so Emotiv relies, instead, on much older technology, electroencephalography, which focuses on the electrical impulses given off by your brain.

The trouble is, EEG isn't especially precise: Different people may think the same things but produce completely different EEG signatures, Le says. In order to understand your thoughts, then, Emotiv's headset must learn your EEG patterns, in much the way voice-recognition software has to learn how you pronounce vowels and consonants.

When you put the headset on for the first time, Emotiv's software takes you through a number of routines to determine what your mind looks like when you think, say, "lift." Then, the next time you think "lift," your brain will (hopefully) produce a similar EEG wave, and the system will know what you want.

When it hits store shelves by the end of the year, Emotiv's $299 headset -- for PC games only, at least at first -- will include one game that incorporates many of these pattern-learning routines. At Emotiv's office here in San Francisco, I played a version of this intro game. In it, you play a martial-arts warrior in training. Your warrior-master guides you through techniques that help you translate your thoughts into on-screen actions.

Thinking my way through a video game was terrific fun. The warrior-master asked me to clear my mind, and then to imagine myself levitating a boulder a few feet off the ground. I concentrated, my brain working as hard as it's ever worked. [Ed's. note: You're making this too easy...]

The boulder began to levitate, but as soon as it did, my excitement that the thing was working broke my concentration, and the boulder tumbled.

I tried again, and this time the game responded within a second -- the boulder floated off the ground. As I pushed through the warrior landscape, I was asked to move more and bigger hurdles -- a mountain, a bridge I had to get across -- and by the third or fourth time, the objects seemed almost to be lifting themselves. I didn't even have to think about thinking: Simply seeing the object, comprehending that it needed to be lifted, sent it flying up. There was something very nearly magical to it.

Your mileage may vary, of course. You've no doubt wondered whether some of your colleagues produce any brainwaves at all -- if you haven't, there's a chance you're the colleague others wonder about -- and it's unclear whether such folks would find much use for Emotiv's device.

The system will work with ordinary PC games, but you'll probably find it most fun with games designed specifically for brain control. There aren't many of these yet, obviously, but Le says that developers have expressed much interest in creating such diversions. [Ed's. note: I can't wait for the mind-reading game that writes blog posts.]