An elderly Spanish couple -- one dignified, the other not -- revisits the classic love affair between Marcello Mastroianni and Anita Ekberg. 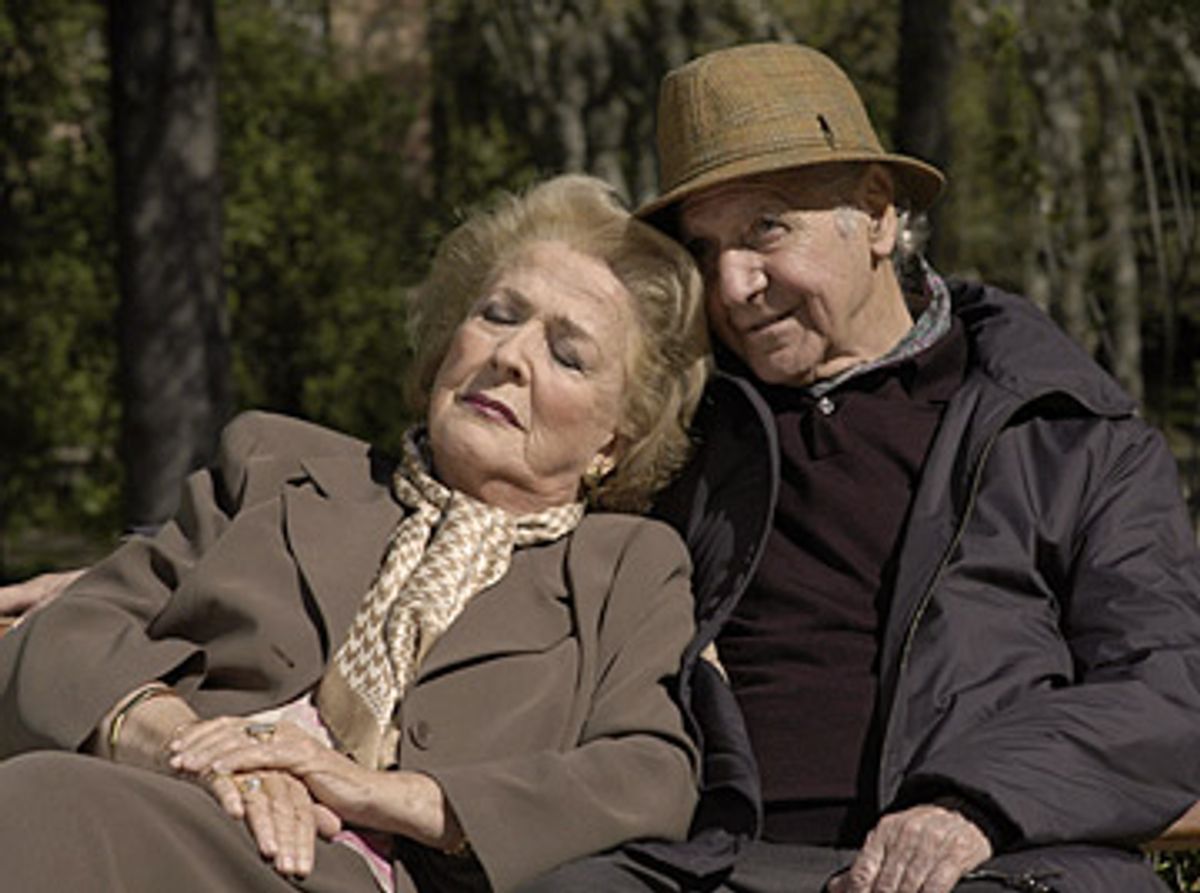 A sweet-natured December-December love story flavored with mild social comedy, Spanish director Marcos Carnevale's "Elsa & Fred" gets by on elegance and economy, not qualities to be taken lightly in motion pictures. It's the kind of movie that looks effortless but undoubtedly wasn't. If the real attraction of "Elsa & Fred" lies in the offbeat, asymmetrical chemistry between its two elderly stars, Manuel Alexandre and China Zorrilla, playing an unlikely couple who find each other as twilight is closing in, it's Carnevale who has built a quietly enchanted space around them.

Alfredo (Alexandre) is a formal and dignified man in his late 70s, who has just moved into a slightly musty Madrid apartment building after the death of his wife. At first, of course, he's not sure what to make of Elsa (Zorrilla) down the hall, who introduces herself by bashing into his daughter's car with her own and then vehemently denying it. Elsa is nosy, boisterous and clearly on the hunt for a boyfriend to liven up her old age. She's also remarkably vague about the details of her own life, unless she's just an inveterate and compulsive liar. She has been widowed for 27 years, unless it's been 23 -- or maybe that's how long she was married. Her youngest son has five children to support, one of them disabled, and her daughter, or perhaps daughter-in-law, is gravely ill. When she was younger she looked like Anita Ekberg, and she has long yearned to visit the Trevi Fountain, in Rome, where Ekberg and Marcello Mastroianni so memorably cavorted in Fellini's "La Dolce Vita."

Very little of that turns out to be true, except perhaps for the Ekberg-in-the-fountain part, but something about Elsa's dedication to misbehavior, her refusal to act like a grandma who's pushing 80, gradually pulls Alfredo out of his shell of mournful depression. Of course that's what we expect to happen, but Alexandre sells it to us with small, graceful touches -- the way Alfredo sneaks amazed glances at Elsa every once in a while, or his boyish wonder at her most outrageous ideas. (At her instigation, they skip out on an impressively large check at Madrid's most elegant restaurant, simply rising from the table and strolling out to the car.) If she's a bottomless fount of evasions, half-truths and total bullshit, maybe that's what Alfredo needs to convince him that life remains marvelous, however little of it may remain.

Fred and Elsa's disapproving adult children are pretty close to one-note caricatures, although Blanca Portillo (of Pedro Almodóvar's "Volver") steals a few scenes as Alfredo's tightly wound daughter, blowing through his apartment like an angry weather system. Of course the couple ignore all their sensible objections, as well they should; lovers of any age are entitled to behave foolishly, and perhaps lovers who are literally on the verge of death deserve a dip in the Trevi Fountain more than Marcello and Anita ever did.

"Elsa & Fred" opens June 27 at the Angelika Film Center and Paris Theatre in New York, with a national rollout to follow.