Get ready for prairie chic! 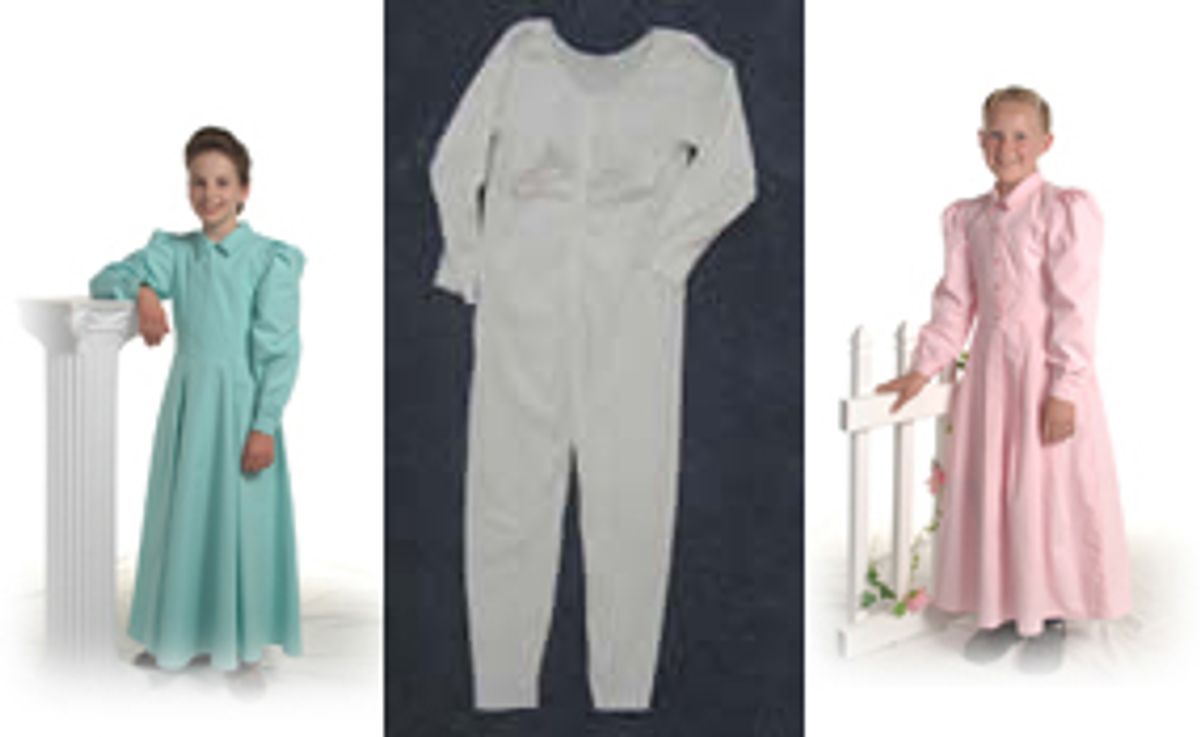 Back in November, Jezebel noticed that designer Zac Posen's spring/summer 2008 line wouldn't have looked out of place on Nicki Grant, Chloë Sevigny's fundamentalist Mormon "Big Love" character. But why buy high-priced "prairie chic" knockoffs when you can get the real thing, straight from FLDS women themselves?

That's right, ladies -- you too can dress your children in the height of polygamist fashion. What began as a homegrown effort to clothe the 440 children seized by Child Protective Services during the now infamous April raid on an FLDS compound in Eldorado, Texas, has now become an online business. The site sells everything from dresses to overalls to sleepwear, but the real draw is the one-piece, full-body underwear. A spokeswoman from Legal Aid said profits from FLDS Dress would help women to pay for apartments they've been renting since the raid, as they've been instructed to stay away from the compound until CPS's investigation is complete.

Now, despite HBO's best efforts, the FLDS has never had a stellar reputation among the American public. So the obvious question is, Who's going to buy clothing associated with a polygamous sect that may well be perpetuating child rape? Well, according to Maggie Jessop, one of the women involved in the site, FLDS Dress has already had "a flood of interest." It isn't likely to be coming from fundamentalist Mormon mothers -- under normal circumstances, they tend to make their children's clothing themselves. I'd be interested to know whether the modest-dress proponents in the Christian, Muslim and Jewish communities would consider buying from the FLDS.

Or heck, maybe Jezebel is on to something, and the "prairie chic" revolution really has arrived. If so, FLDS Dress is ready for it. While the company doesn't yet make women's clothing, it's poised to do so if there's demand. And honestly, much as I can't see myself pairing a loose, floor-length skirt with a high-necked, long-sleeved button-down blouse, there have certainly been creepier trends. I know I wouldn't mind donning some full-body underwear in the dead of a frosty New York winter.