Asia's greatest cinema power never really lost its mojo. But 10 years after Kurosawa's death, Japanese movies are hotter (and weirder) than ever. 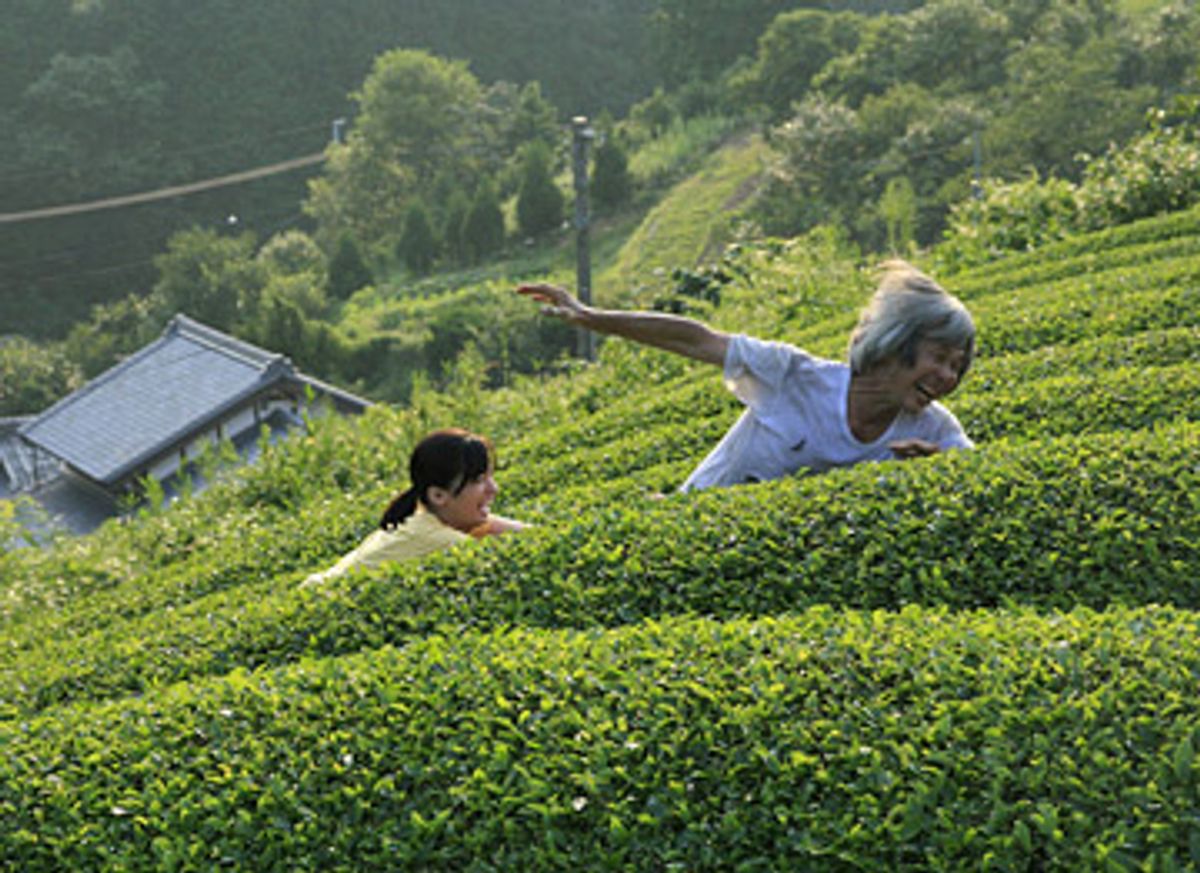 Talking about a new wave of Japanese cinema is somewhat misguided, since no other non-American country, with the possible and debatable exception of France, has contributed so much to the medium in its century-long history. Japanese film certainly did not begin or end with Akira Kurosawa, but for complicated cultural reasons he became far and away its most famous export. (Many Japanese critics and film buffs might consider Kurosawa the second- or third-greatest director in their national cinema; some would place him lower than that.)

Since Kurosawa's death, Japanese film fandom in the West has mainly been devoted to horror, science-fiction, anime and other cultish genres. That's brought international attention to such filmmakers as Hayao Miyazaki, Takashi Miike and Kiyoshi Kurosawa (no relation to his more famous namesake), but it has somewhat obscured the fact that the best of those films and directors belong to a broader cinematic renaissance in East Asia, one that encompasses many cultures and languages from Thailand to Taiwan to Korea and that increasingly blurs the distinctions between art films and genre movies.

If I tried to cover every ethnic or national film festival held in New York I'd never do anything else, and readers in the other 95 percent of the nation might get pretty grumpy. (I promise I'll never become a Yankee fan, no matter how long I live here.) But I'm making an exception for the Japan Cuts festival, presented annually by the Japan Society and overlapping somewhat with the equally worthy New York Asian Film Festival. Many of this year's films will be trickling out to other cities via film festivals or small-scale releases, and many of those that won't are worth seeking out on video, whenever and wherever they become available.

What's most impressive about this year's Japan Cuts assortment is the enormous range and maturity of the filmmaking, along with the distinct sense that Japanese cinema continues to hew its own path. Yes, we live in a global information economy, and Japanese directors are influenced by both American and European film. But one could argue that the influences flow more from east to west these days, and a great many Japanese movies could have been made nowhere else.

First of all, any festival that could include films as radically different, and as marvelous, as Naomi Kawase's "The Mourning Forest" and Hitoshi Matsumoto's "Dainipponjin" ("Big Man Japan") is worth noticing. Kawase makes intimate, meditative, personal and almost plotless films; she isn't especially well-known in Japan and is only beginning to build an international reputation. I jokingly told a friend that if you crossed Tarkovsky's "Solaris" with "The Blair Witch Project" you might get "The Mourning Forest," and if you reduce the supernatural quotient to near-zero that's about right.

I had to watch "The Mourning Forest" on DVD, but I recommend not doing that (unless you have a vastly superior home-theater setup than I do). Still, it was a tremendously immersive experience, a work of great cinematic and emotional power. It's a story about two grieving, wounded people, one an aging widower and the other a young mother who has lost her child. They come together at what appears to be a Buddhist retreat for bereaved people mourning their dead, but almost no back story or exposition is supplied. This isn't the kind of movie that explains itself; instead, it's the kind where every cricket-chirp and leaf-rustle commands your attention.

Based on one viewing under less-than-satisfactory conditions, I believe "The Mourning Forest" is something very close to a masterpiece, albeit not one geared to popular taste in Japan, the United States or anywhere else. (It won the Grand Prix at Cannes last year, to many people's surprise, but then (like me) they probably hadn't seen it. "Dainipponjin," directed by and starring Matsumoto, a beloved Japanese comedian, was also an acclaimed Cannes premiere (in the Directors' Fortnight) but that's where the similarities end. It's a deranged comedy that begins as deadpan mockumentary and ends as an outrageous spoof of Japanese superhero movies and contemporary celebrity-fatigue.

Matsumoto plays a shlubby, middle-aged bachelor who becomes the inexplicable focus of a reality-style documentary. As it eventually turns out, he's famous for good reason -- when electricity is pumped through his nipples he swells up to become Dainipponjin or Big Man Japan, a Hulk-esque superhero in purple underwear who defends Japan from a variety of evil monsters. But the public is bored with superheroes and with Big Man Japan in particular; his abysmal TV ratings only improve when he gets stomped by a nefarious North Korean cyborg-creature. Hilarious and more than a little tragic, Matsumoto's film continues a venerable Japanese tradition: ruthless criticism of the country's insularity, conformity and downright strangeness.

Among the other Japan Cuts highlights are some films I've only sampled, or haven't seen at all. Koji Wakamatsu's three-hour "United Red Army," a smash at this year's Berlin festival, takes a pseudo-experimental docudrama approach to the notorious Japanese left-wing terrorist grouping of the 1970s. (Barred from entering the U.S. for his own alleged terrorist ties, Wakamatsu will conduct an audience Q&A by videophone after the screening.) Takashi Miike's new "Sukiyaki Western Django," scheduled for U.S. release in late August, is a fractured "Eastern Western" about a gunman caught between warring clans, made in English and guest-starring Miike acolyte Quentin Tarantino.

Shinji Aoyama, probably the best known of Japan's younger-generation art-house filmmakers, returns with "Sad Vacation," the final film of a trilogy that includes "Helpless" (1996) and "Eureka" (2000). In this one, superstar actor Tadanobu Asano (who plays the young Genghis Khan in Sergei Bodrov's international hit "Mongol") is a young man who discovers the mother who abandoned him years ago living happily with her new family. "Sakuran," a colorful costume drama about a spunky courtesan set during the Edo period, marks the filmmaking debut of fine-art photographer Mika Ninagawa.

Yuichi Sato's "Kisaragi," which won Film of the Year at the most recent Japanese Academy Awards, is a thriller about a pop star's online fan club, some of whom may be implicated in her apparent suicide. Finally, the festival includes a mini-tribute to the great Kon Ichikawa, who died in February after a long career little noticed in the West. (After "The Burmese Harp" and "Fires on the Plain" in the '50s, his only Western success came with "The Makioka Sisters" in 1983.) Japan Cuts will host the first-ever English-subtitled screening of Ichikawa's 1976 thriller "The Inugami Family," along with the 2006 remake "The Murder of the Inugami Clan," his final film. Shunji Iwai's "Filmful Life," a documentary about Ichikawa's life and artistic partnership with his wife and screenwriter, Natto Wada, will also premiere.