PSAs in your panties?

Ads against female genital mutilation are showing up in the crotch of bikini bottoms. 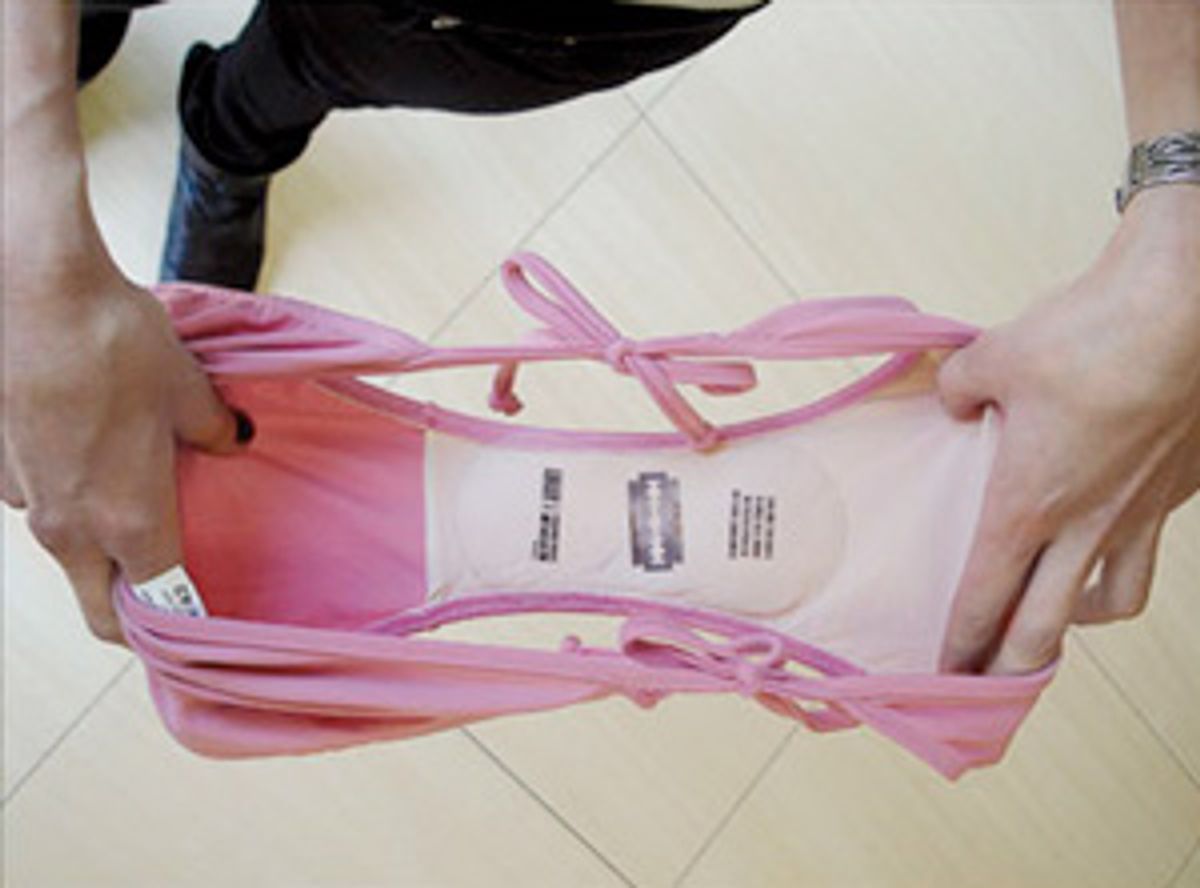 Imagine: Before your upcoming tropical beach vacation, you head to the local department store in search of a mid-summer discount on a string bikini. You sift through the racks thinking only of paper drink umbrellas, strawberry daiquiris and your soon-to-be wicked tan. The worst thing on your mind: today's bikini waxing.

That is, until you head to the dressing room with a swimsuit flirtatiously monogrammed with cherries and begin to slip the suit on. Right there in the crotch of these cutesy bikini bottoms is a sanitary liner that jolts you out of your pampered and privileged life -- and not because you're horrified by the realization that the suit has come into contact with other people's private bits. The hygienic protector is a new advertisement for the Association of Women Against Genital Mutilation that features an image of a rusty razor blade and the words, "Every year 2 million girls worldwide are unable to avoid genital mutilation."

This makes Amnesty International's attempt last year at fighting female genital mutilation with a series of advertisements featuring roses with their petals sewn together look relatively subtle and unobtrusive. When the campaign made its debut, the New York copywriter behind the blog Copyranter wrote: "I think the words 'genital mutilation' are more powerful than any visual." This new ad campaign seems an exception to that rule, because it's more than just images and words -- its power is in its placement. The message is: While you are shopping for that just-right swimsuit that makes you feel sexy and comfortable in your own skin, girls' genitals are being mutilated with razor blades.

That being said, while you shop for groceries, people are starving; when you climb into bed at night, there are people sleeping on the streets; and while you have blissful consensual sex, women are being raped. We should think of these things often, of course, but should we be confronted with these realities at every turn of our daily routine? It's an advertising assault and a slippery slope. Is there no place -- not even the crotch of bikini bottoms -- that is advertising-free? First, your bikini bottoms are alerting you to the horrors of female genital mutilation; next, your Victoria's Secret panties are questioning the freshness of your nether-region and recommending Vagisil Deodorant Powder.

What do Broadsheeters think: Is this ad campaign an effective way to raise awareness about a horrific practice or is it, as Copyranter suggested, a form of "mental mutilation"?