A Swedish actor as Mick Jagger, a perpetually naked heroine and the glorious Euro-cheapness of "Eight Miles High." 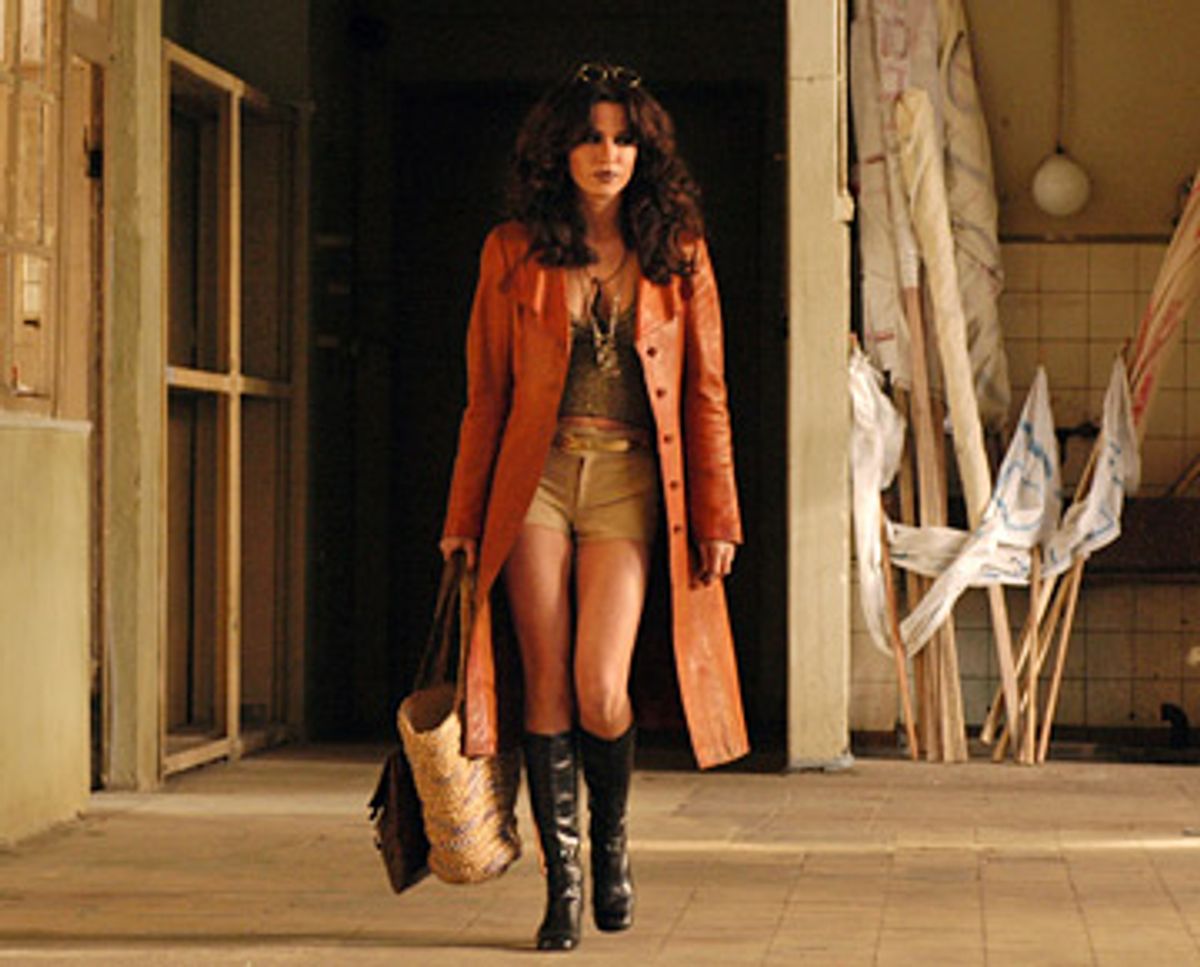 Just a word about "Eight Miles High," the English title of a deliciously dumb, reasonably well-made German hit called "Das Wilde Leben." (My German is crap, but doesn't that translate as "The Wild Life"? What was so wrong with that title?) It's based on the memoirs of Uschi Obermaier, a quasi-legendary model, groupie and scenester of the '60s and '70s who might be described as equal parts Jane Fonda, Edie Sedgwick and Paris Hilton. And it's every bit as silly as it sounds, complete with obligatory scenes at radical communes, political demonstrations and decadent rock 'n' roll parties, where no-name actors provide abysmal impersonations of Mick Jagger and Keith Richards.

As Uschi, Natalia Avelon has the requisite curves, bee-stung lips and piled brunette ringlets, along with a calculated blankness that seems more contemporary than her period-kitsch surroundings but may lend the film some accidental sense of significance. She is butt-naked in the very first shot, and periodically dons clothes after that for the purpose of taking them off again. On one level Uschi is simply Moll Flanders, a beauty who uses her sexuality to rise in the world; on the other, "Eight Miles High" (which has five credited screenwriters) may dimly be making the case that her persona was a sort of creative act, the one available to her in the excessively macho milieu of Love Generation pseudo-rebellion. OK, it's a stretch.

There's considerable grace, along with a few flickers of discordant intelligence, to Achim Bornhak's direction, but the various '60s and '70s set-pieces verge on self-parody and the whole thing has an almost irresistible quality of Euro-cheapness that is itself a kind of nostalgia. On-screen titles tell us when the action has moved to Rome or London or New York, but there's no serious attempt at convincing location work. The actors who play Mick and Keith are Swedish and German, respectively, so they spend their screen time striking album-cover poses and not talking. Given how dopey Uschi's other paramours are -- a pallid Berlin revolutionary (Matthias Schweighöfer) and a mustachioed Hamburg adventurer (David Scheller) -- maybe that's OK. I stopped counting the number of scenes in which a blowjob leads to a quarrel after I'd gotten to four.

Beyond The Multiplex Germany Movies