Eddie Murphy offers an olive branch to his fans with this good-natured comedy. 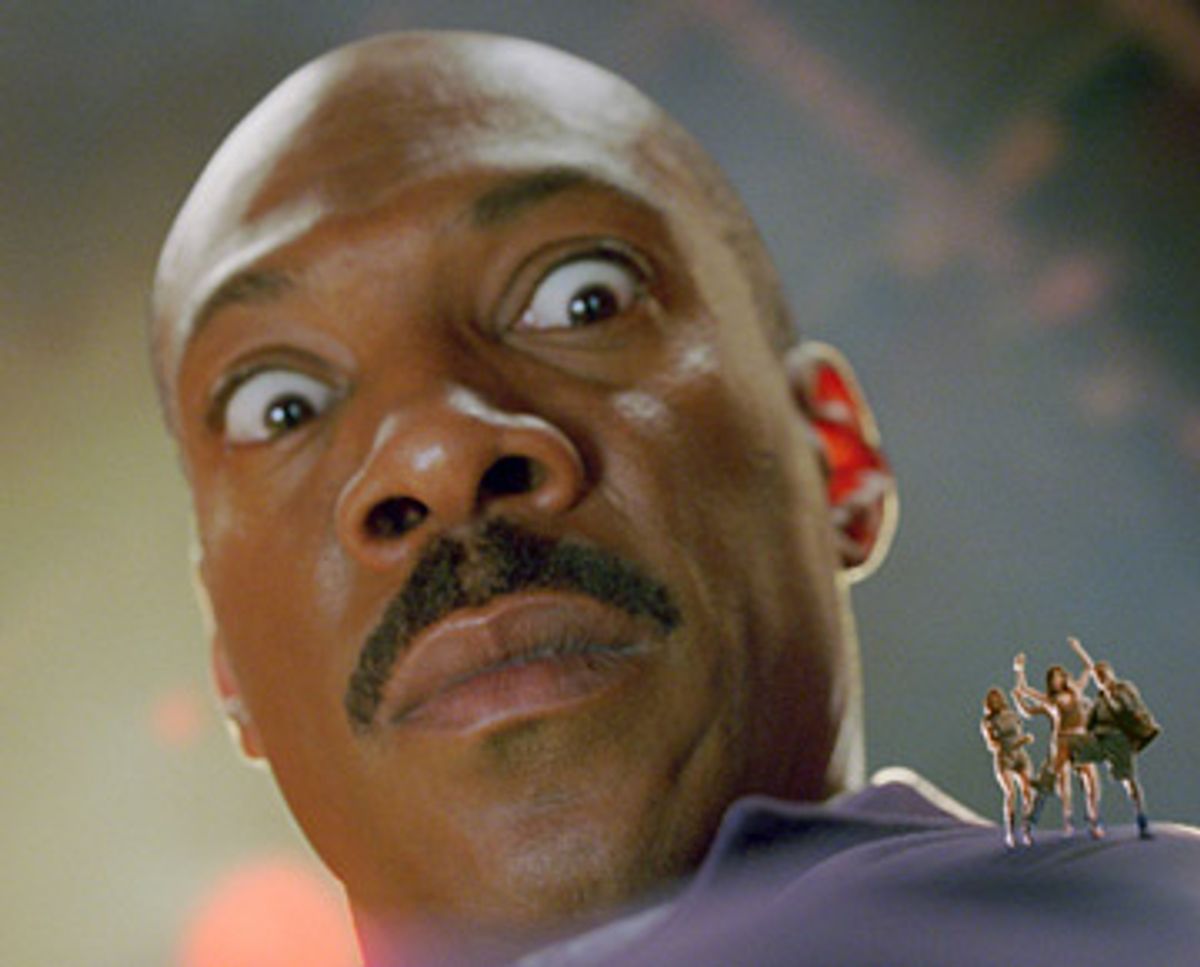 I don't know anyone who has been looking forward to the Eddie Murphy comedy "Meet Dave": Eddie Murphy comedies are no longer things sensible people look forward to, partly because Murphy squandered so much goodwill, among moviegoers and critics alike, with last year's mean-spirited and aggressive "Norbit."

But "Meet Dave" -- which, like "Norbit," was directed by Brian Robbins -- isn't nearly the horror that picture was: It's a good-natured if flimsy comedy that, at the very least, suggests that Murphy hasn't completely lost whatever made him funny in the first place. His timing is still sharp, even with lackluster -- although far from dismal -- material. (The script is by Rob Greenberg and Bill Corbett.) And Murphy's physical comedy -- particularly when he's not encased in latex fat, a gimmick he used to his advantage in the "Nutty Professor" movies and ran into the ground with "Norbit" -- is still fun to watch. He moves with the kind of relaxed precision that all good physical comedians need.

In fact, "Meet Dave" is so gentle and inoffensive that it may act as a salve for audiences who've been disappointed by Murphy in recent years: It's not a return to greatness, but it's so laid-back that it does work as sort of a proffered truce, a tentative rebuilding of the bond between a comic and his audience. Murphy plays only two roles here, thank God: His Dave is a giant spaceship that has landed on Earth from the planet Nil, manned by a crew of tiny Nillians who move his limbs and control his speech, according to the orders of the ship's captain -- known only as "Captain" -- also played by Murphy. The Nillians need to recover a special orb that has been lost somewhere on Earth: It has the power to soak up all the salt in our oceans, which they need to power their own planet. Unfortunately, the orb will also destroy the Earth's ecosystem -- not that the Nillians care, at least in the beginning.

When Dave lands on Earth -- he drops down right near the Statue of Liberty and awkwardly treks through Manhattan, trying to learn how to walk and talk like an actual human -- he befriends ditsy painter and single mom Gina (Elizabeth Banks) and her son, Josh (Austyn Myers). Actually, the "befriending" part happens after Gina hits Dave with her car: He has no idea what traffic is.

The point, of course, is that the Nillians -- who, Spock-like, aren't in touch with their emotions -- will end up learning something from the humans. For instance, they learn, when Dave enters an Old Navy store, that humans greet one another with the cheerfully robotic salute "Welcome to Old Navy!" They also learn that we get all our information from Google: "What a frivolous name for such a vital function!" says the Captain, in his lilting, faux-posh accent, to one of his officers, Number Three (played by Gabrielle Union). As Dave approaches the glassy tower of the Apple store on 59th Street, Number Three identifies it for the Captain: "It appears to be some sort of shrine to technology."

"Meet Dave" is filled with those kinds of gags, mildly amusing at best and sort of lame at worst. Murphy, in his recent performances, has been guilty of far too much mugging: In "Meet Dave," he at last seems to be realizing he needs to tone it down. And although Banks should be getting better roles than this one, she does bring the movie just the kind of breezy, screwball vibe it needs. "Meet Dave" alone may not radically change the course of Eddie Murphy's drooping career. But it is, at least, a little olive branch held out to his audience. And that's better than Nil.