Helen Mirren proves that winning an Oscar for playing a British monarch 20 years your senior doesn't mean you can't rock a two-piece suit. 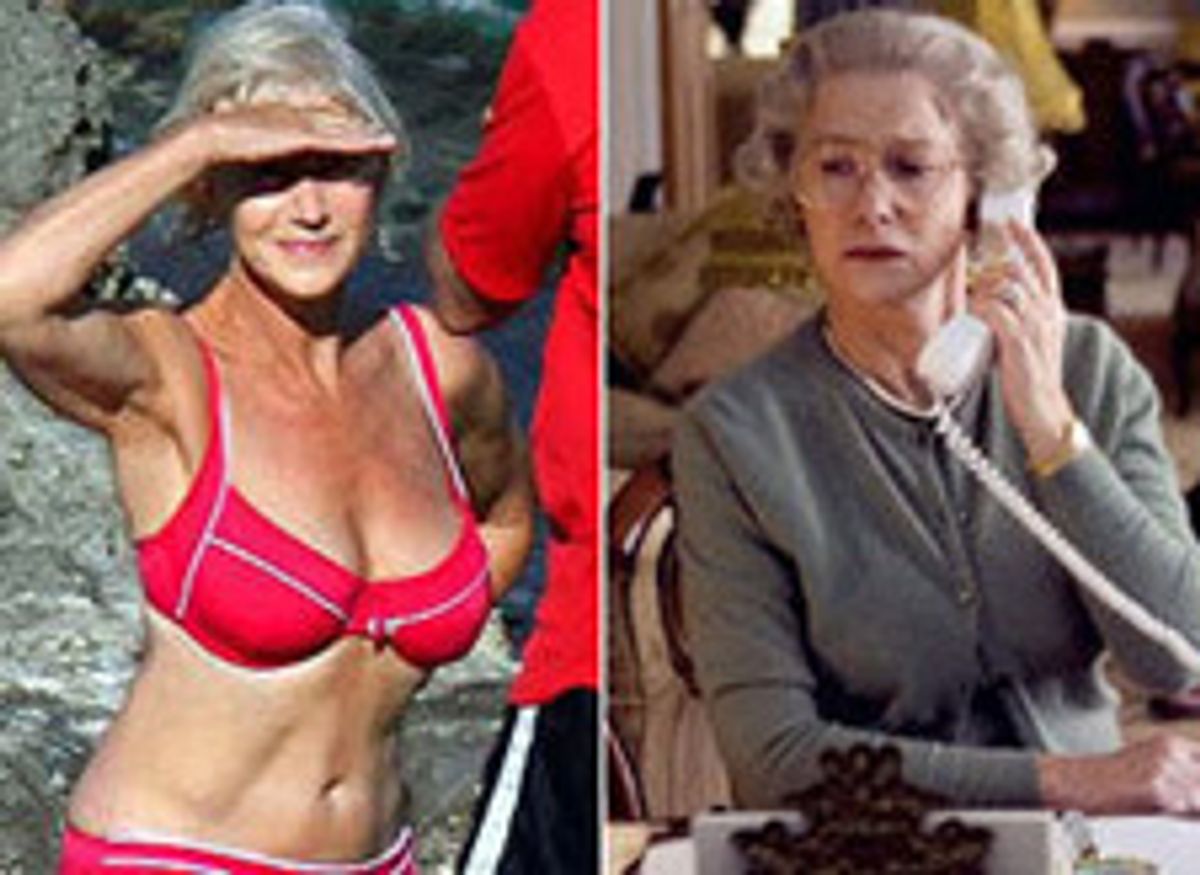 Here's your frivolous news for the day: Helen Mirren, nearly 63 years old and looking hot, is making waves for her recent appearance on the beach in a smoking red bikini. Yes, yes, it's crazy that we live in a world where a woman's choice of swimwear can be headline news (OK, women and Barack Obama) -- but I'd far rather see this kind of coverage, as it were, than blogs devoted to celebrity cellulite.

It also makes me question one of my long-held beliefs, which I call "The Bikini Theory" -- namely, that you should spend as much time as possible in a bikini right now, lest you look back at a photograph of yourself 10 or 20 years from now and harbor regret over letting body insecurity limit your choice of swimwear. (To put it a different way, there is no way I'm ever going to have less cellulite than I do now, so why not celebrate the present?) But then Helen Mirren comes along and I start thinking that it's actually possible to get hotter with age. Nice work, Dame Helen.

What really makes me happy, though, is the juxtaposition -- provided via the Huffington Post -- of Helen Mirren in a bikini and Helen Mirren as the queen of England. If I had more time and more Photoshop skills, these could make for an amazing mash-up.