This movie about a former hustler is a devastating portrait of the aging body. 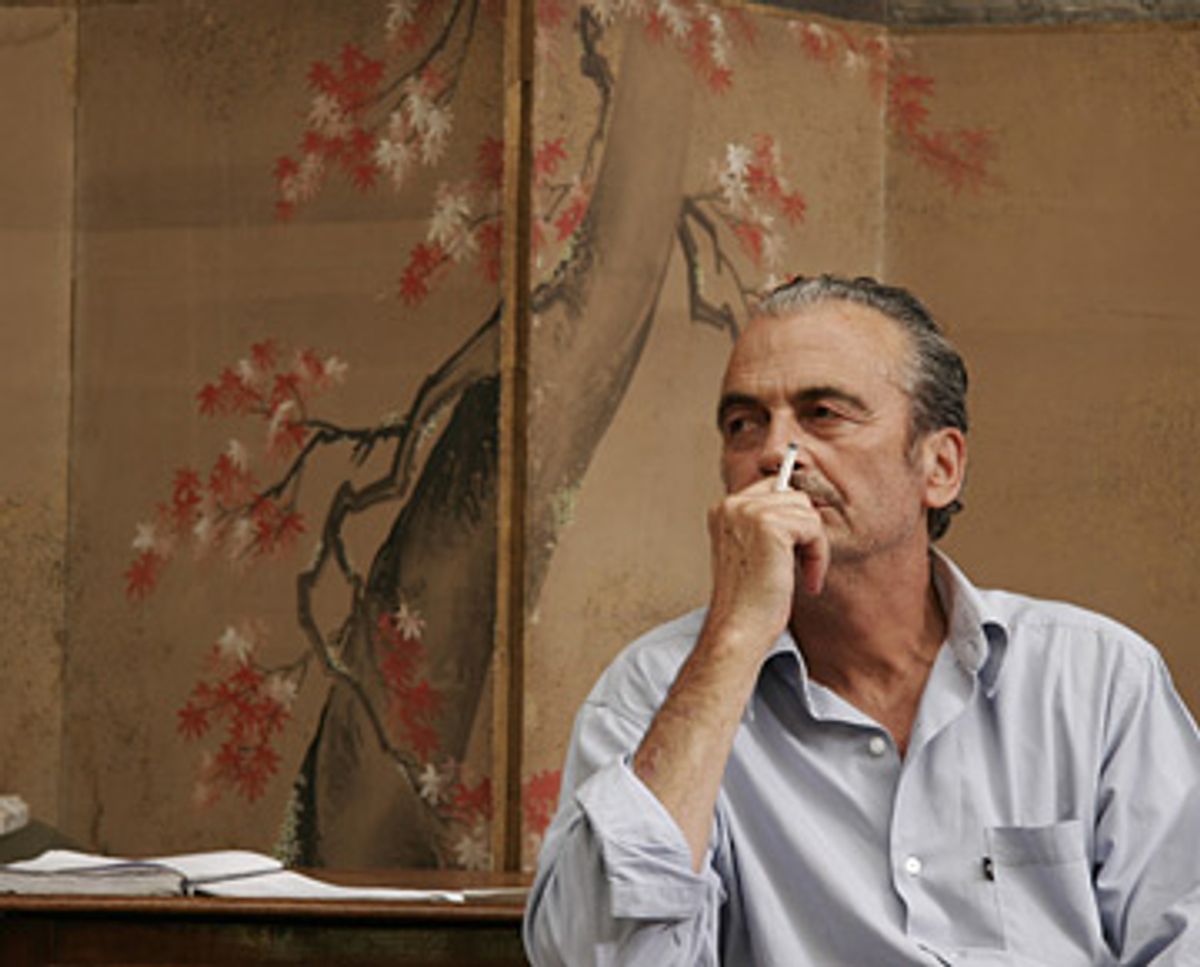 There's a 1994 Allen Ginsberg poem -- which is to say, one he wrote toward the end of his life -- that describes in tender but unflinching detail the day-to-day routine of living inside an aging body. The poem, called "Tuesday Morn," begins with the lines "Waking with aching back at base of spine, walked stiffly to kitchen toilet to pee,/ more limber returned to unmade bed, sat to write, dreamlike yesterdays recorded." The rest of the poem is a collection of further minutiae, except these things aren't really minutiae -- they're the little unexamined things that hold life together. The necessary pills are taken, the bed is made, the face is shaved. Later, it's time to make a few phone calls to see which friends are around, just for a chat or maybe dinner.

But I hope -- as I continually hope for that snowball's chance in Hell -- that "Before I Forget" will find its way to movie lovers stateside, and not just the portion of moviegoers who would generally check out what are so euphemistically and blithely called "gay-themed" pictures. "Before I Forget" is, in the broad sense, "gay-themed." But it's also one of the loveliest, most direct and most devastating pictures about aging that I've ever seen.

Nolot's character here is named Pierre, and he's a version of the same character (also named Pierre) that Nolot has played in his three previous pictures. The Pierre of "Before I Forget" is a gentlman in his 60s who casually and self-deprecatingly refers to himself as a gigolo, although the tone of the movie refuses to recognize the sleazier connotations of the word, instead approaching the idea more as an issue of practicality and survival. As a young man, Pierre became involved with an older one who became his benefactor, supporting him on and off through the years. Now, that older man -- his name is Toutoune, though he appears in the movie only in a photograph -- is nearing death, and Pierre knows he'll inherit money from him.

The idea of inheriting wealth from friends and former lovers is a common topic of conversation among Pierre and his friends, gay men who have no children and thus no obvious heirs. It makes sense that these men would want to leave their money to the people who were closest to them -- to the people who had become their makeshift families. The way Pierre and his friends discuss the possibility, or certainty, of inheritance isn't grasping or calculating: It is, for them, part of everyday life, part of being a member of a larger and perhaps more welcoming family than the one that shares their blood ties. It's also a matter of just getting by: We can tell by looking at Pierre's apartment -- which is essentially comfortable, but which also contains leather furniture that must have been expensive when new but is now scuffed and worn -- that he hasn't squandered whatever money he's had. (Pierre's apartment in the movie is Nolot's own.)

The dramatic fulcrum of "Before I Forget" isn't a question of "Will Pierre inherit, or won't he?" Actually, there is no dramatic fulcrum in "Before I Forget." This is a movie of textures, of sidelong observations about the function memory serves in our lives -- and about the way it sometimes tortures us. Nolot's performance here, so subtle and comfortably lived-in, is wonderful: He's bitterly funny in some places, and deeply, quietly affecting in others. It doesn't hurt that Nolot is a dashing, handsome actor, with a trim mustache, a striking Gallic profile and a considerable amount of '30s movie-star-style wavy gray hair. When Pierre goes out with friends, he wears a dark jacket and pressed white shirt -- it's an elegantly simple outfit, but it's also shorthand for the way Pierre maintains the bare minimum to keep up appearances.

But Nolot is even more striking unclothed: In an early scene, as he pads around his apartment, using the bathroom, going into the kitchen to get a drink -- it could almost be a shot-by-shot rendering of Ginsberg's poem -- he's fully naked. His body, with its past-middle-age paunch, with those extra folds of skin that look unsure of where they're headed (or of where they came from), is far from classically beautiful. And later, when Pierre greets the young hustler whose services he regularly engages, the kid's cavalier good looks contrast sharply with what's left of Pierre's youthful beauty, which must have been considerable. (The photo of the young Nolot, which we see at one point in the movie, confirms it.)

But Nolot carries himself in a way that shows Pierre's body holds a memory of its former beauty. That memory may be both a comfort and a curse, but it's all Pierre has left. "Before I Forget" is so unflinching in the way it deals with the aging body -- and the way the mind refuses to age along with it -- that it's sometimes painful to watch. But the things that make it painful are also what make it so bracingly beautiful. The upside of having a daily routine is that ritual brings us comfort. The downside is that each day of that routine brings us closer to the inevitable end -- and yet, it's the getting there that's the stuff of life.