More movie and TV downloading devices have entered the ring, but the DVD hasn't gone down (yet). 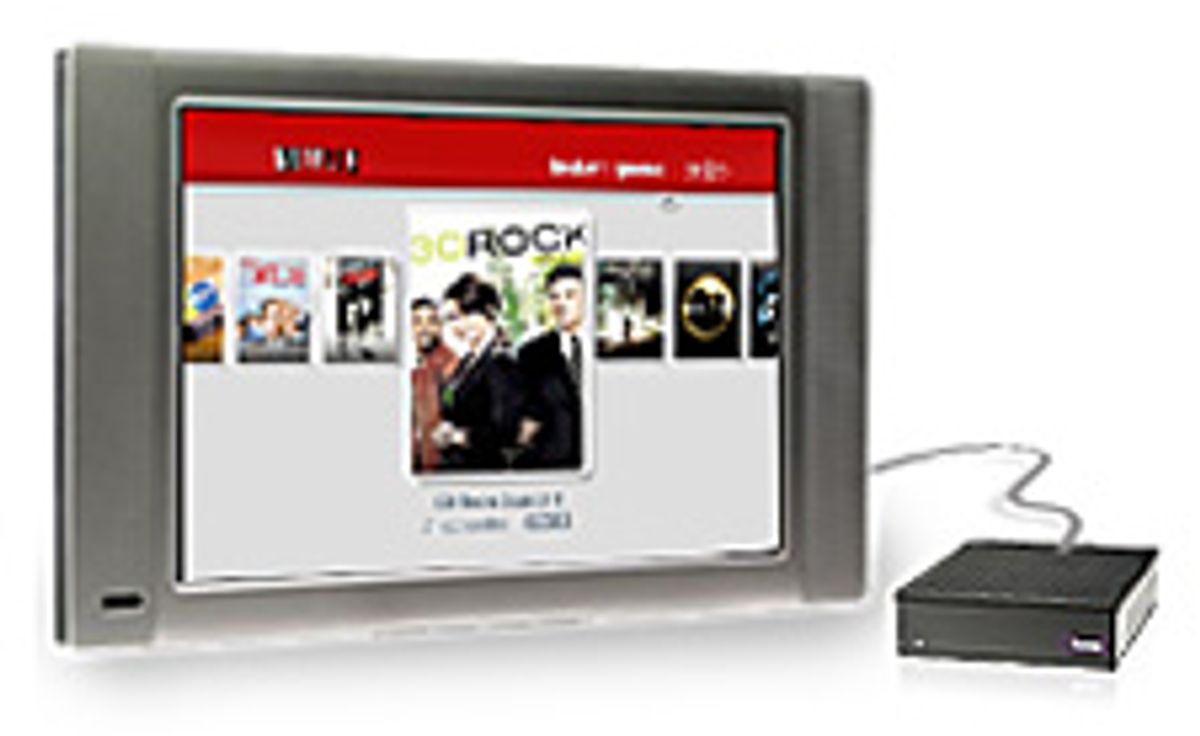 Yesterday's post about new developments in the video games downloading arena presents a natural segue to an updated take on what's up with direct-to-device downloads of movies and TV programs.

Since writing my story about downloading movies and TV shows for the New York Times last summer, some things have changed or emerged, and others have stayed the same. As anticipated, Vudu delivered a box preloaded with the first 30 seconds of thousands of films, so you can immediately start watching titles you rent or purchase.

Apple eliminated the inconvenient step of having to download movies to a computer and then transferring them to the AppleTV to watch on the big screen; titles now download directly to the AppleTV without forcing you up off the sofa.

Like AppleTV, Amazon's Unbox service said goodbye to the shackles that bound it to a PC, allowing viewers to browse and choose titles directly from the TiVo box rather than the Web.

As expected, Sony announced it will offer video downloads this summer, and it unveiled a line of Bravia HDTVs that will receive streaming movies directly from the Net.

Jumping in with a similar but wider-reaching approach, DVD-rent-by-mail giant Netflix had jaws dropping when it announced unlimited streaming of its "Watch Now" titles to boxes created by hardware partners (the first out of the gate being the Netflix Player by Roku).

Piggybacking off the Netflix news a few months later, Microsoft also surprised watchers when it announced that it too has partnered with Netflix to offer streaming video to Xbox 360 owners via the Xbox Live service.

Since last year's story about the movie download business, there have been some blockbuster developments, but the prediction that most people will keep watching DVDs until tens of thousands of movies are available online remains true, as noted in this post on NewTeeVee. Citing Variety, the post reports that half-year sales of standard and Blu-ray DVDs rang in at $10.1 billion. Adams Media Research is reported to predict that purchases of movie downloads will hit $254 million -- more than doubling last year's figure of $118 million, but still less than 3 percent of DVD sales.

So the race to the death of the DVD has a way to go before the shiny discs are history, though with players like Netflix entering the competition, perhaps downloading movies may happen a bit (make that a katillionzillion bits) sooner than anyone predicts.

Do you mostly download movies (legally), as I have for the last couple of years, rather than pop in a DVD? Is the idea of downloading movies like a foreign language? Either way (or in between), I welcome your thoughts and comments on the subject.