Blogging from your mobile: Tools for the writer on the go. 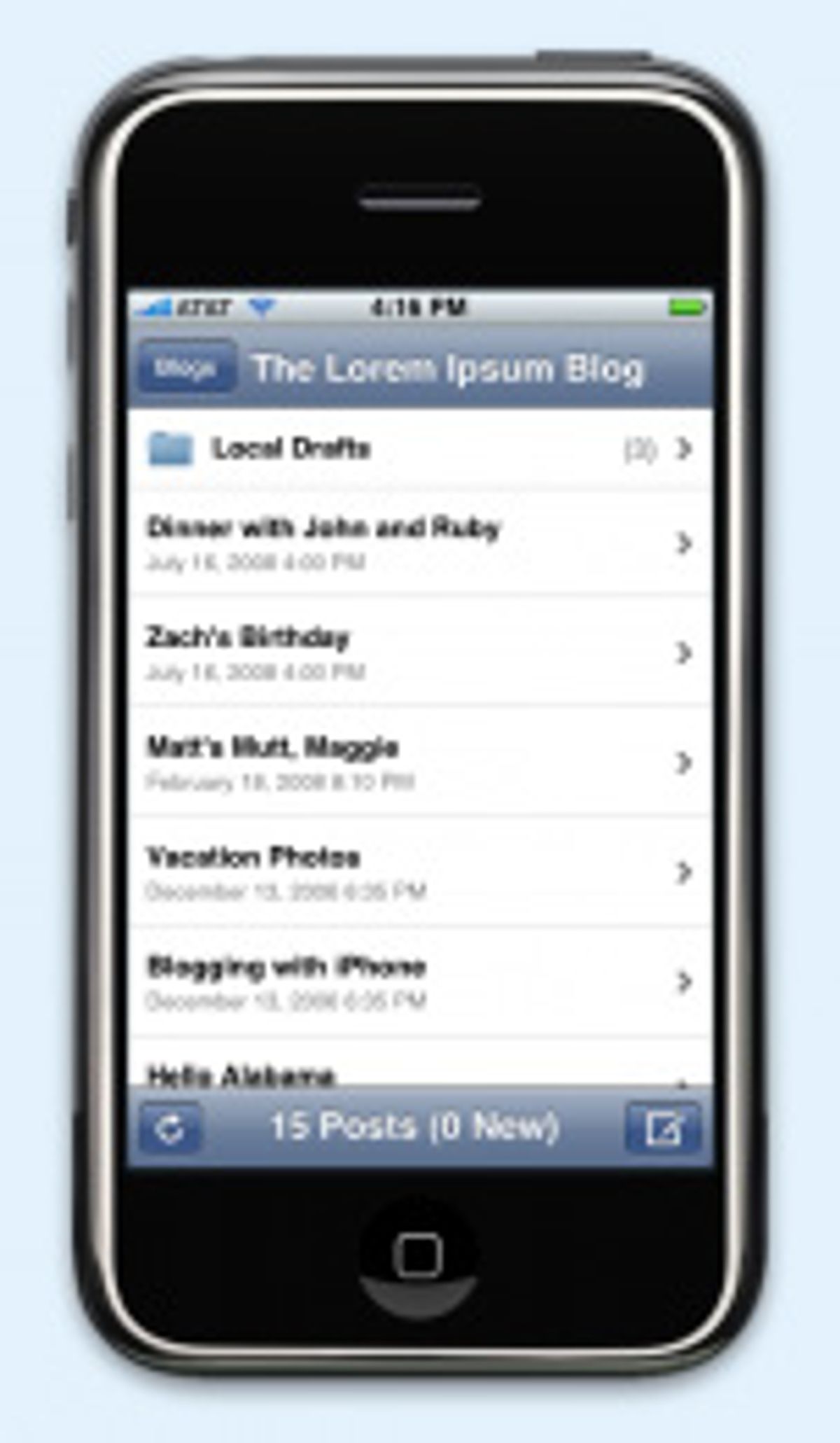 As with my first guest blog post about eReader for the iPhone, my discovery of the new WordPress app for the iPhone presents an opportunity to talk about not only it but also other smart phones and add-on programs and mobile sites that allow people to blog by phone.

I downloaded the WordPress app from the iTunes store, typed in my WordPress blog user name and password, and typed out this short post. Adding the image was easy, but choices for where to place it were limited to one -- the bottom of the post. Posts can be saved as drafts, private, pending review or published, and categories are selected by scrolling through and checking the ones you want.

I've bitched about this before, but it still hasn't been fixed: When the will the iPhone get a feature found on every smart phone in the world -- cut, copy and paste? Considering it took Apple an entire year to add another feature found on every mobile phone since creation -- the ability to search contacts -- I won't hold my breath.

I will, however, stop talking about the iPhone (except to say that there's also a TypePad app for users of that blog service) to talk about other devices and add-ons for blogging by mobile phone -- which, incidentally, isn't all that new. (The BBC published this article on the subject in 2003.)

My first blog-by-phone post was in 2006, using a Nokia 6682 phone and the bundled LifeBlog program (which used to be available as a free download, but I didn't find it when I checked Nokia's site just now). Tapping out sentences using T9 was no fun. A device with a touch screen and keyboard like the Palm Treo line teamed with a program like HBlogger is clearly the way to go (helped greatly of course by those oh-so-uncommon helpers: cut, copy and paste). HBlogger supports a slew of blog services, including Live Journal, Blogger, Movable Type, Weblogs and TypePad, to name a few.

Many blog services allow you post entries via text or e-mail messages. For example, getting back to Nokia for a moment, LifeBlog was meant more for uploading photos and short captions and less as a full-on blogging tool.

On that front, a number of social-networking and photo-sharing services offer mobile Web versions of their sites, including MySpace Mobile, Google's Picasa Web Albums, and Yahoo Mobile's Flickr.

I've merely scratched the surface on mobile blogging and photo sharing, and I invite you to share your favorite apps and mobile-access sites for blogging and sharing on the go.