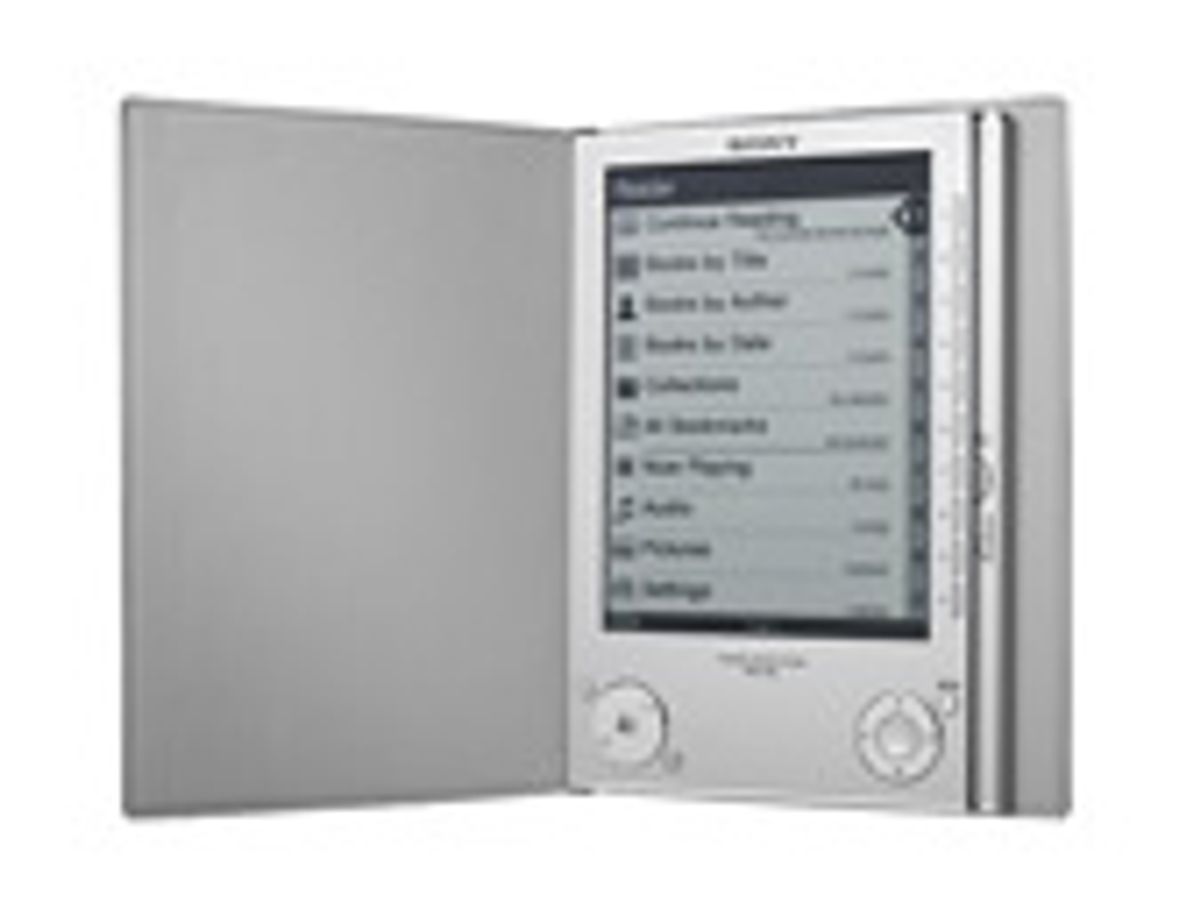 What better way to round out my weeklong gig as the Machinist's guest blogger than with a bit of news that brings us full circle to my first post of the week.

In a move that may help it catch up to the Amazon Kindle's library of titles, Sony yesterday announced it will begin supporting an e-book format favored by a wide group of publishers, including big houses Penguin Group, HarperMedia and Simon & Schuster. Existing Sony Reader Digital Book owners can download an update for the device now, and new versions of the Reader will ship with support for the new format.

Me, I'm delighted with eReader on my iPhone 3G, which isn't to say I'm not excited about Sony's news. While open support for more formats across devices is a win for publishers and the manufacturers of readers, the biggest winners are the ones on the receiving end of all that digital text: we the readers, divided perhaps by platform but united in our love of books (real ones included).