Nostalgia for the Bush era 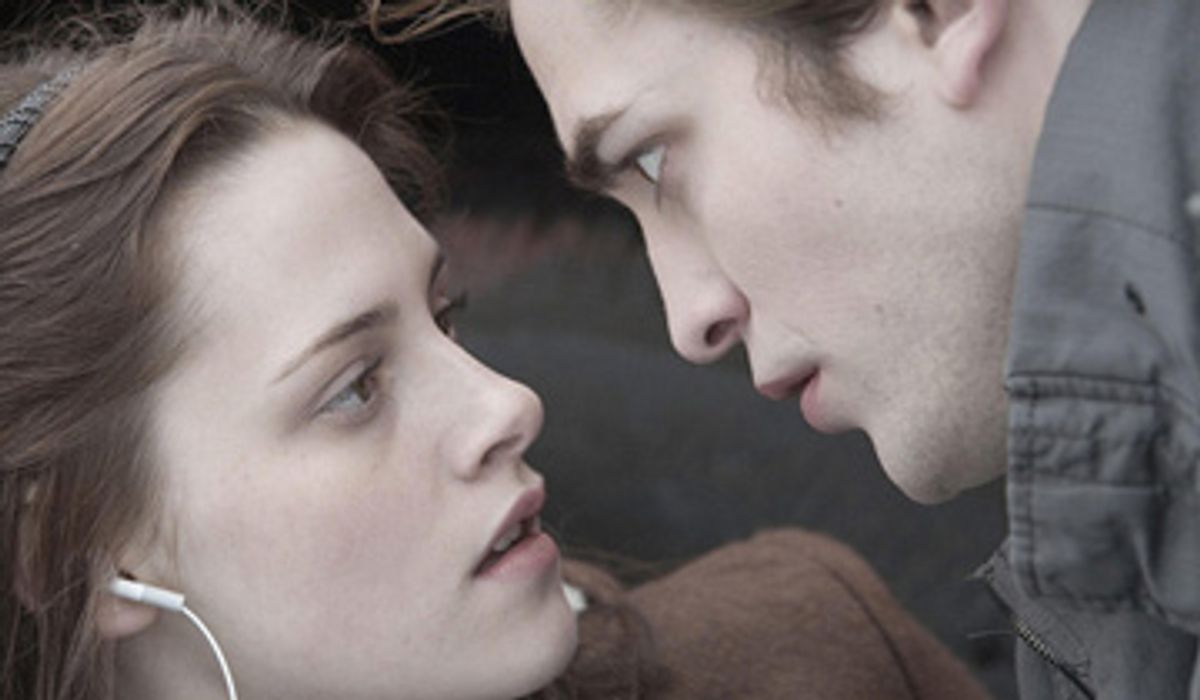 Summer's gone past its peak and no amount of chilled and sugared caffeine seems sufficient. Here's all I know so far this week:

I've been devouring coverage of Comic-Con, the annual summertime San Diego geekapalooza, most notably from the spunky crew at SpoutBlog and from Variety's Anne Thompson, the wry insider's wry insider. I alternate between wishing I were there, watching trailers from "Watchmen" or listening to people feud over the upcoming "Terminator" prequel, and being profoundly grateful I don't have to experience 6,500 "Lost" fans in a single auditorium or hear someone try to explain why the "Nightmare on Elm Street" series needs remaking.

Here's this year's Comic-Con story in a nutshell: Girls! Girls! Girls! And I don't mean the ones with boob jobs, lacquered hair and leopard-skin bikinis who've been engaged to hand out product samples. By all accounts, female fans are in the house in unprecedented numbers, howling for the display of sci-fi hunkage and powering up the anticipation around "Twilight," director Catherine Hardwicke's upcoming screen adaptation of Stephenie Meyer's vampire-romance saga, beyond any manageable level.

And while I don't think there's any direct connection between Comic-Con and the recent announcement that Darren Aronofsky has been selected as the director to reanimate the "Robocop" franchise, I'm sure word has spread. Also, it's one of the few examples of auto-cannibalization in our crap-warmed-over cultural era that actually sounds promising. The whole question of how Aronofsky went from the guy who made "Pi" and "Requiem for a Dream" to the guy remaking an '80s sci-fi spectacle (no matter how "ironic" it may be) -- well, let's leave that for another time.

I'm about the 253rd blogger to weigh in on this -- but doesn't the so-called leaked trailer for Oliver Stone's "W." look weird and irresistible, and kind of fantastic? I thought all the predictable things when I heard about this movie: A) who the hell wants to see a movie about George W. Bush at this point; B) the star-loaded cast has a classy, TV-miniseries feeling about it; C) Oliver Stone was always a loon and the years have not improved that problem; and D) who the HOLY ROLLING JESUS HELL wants to see a movie about George W. Bush? But actually seeing James Cromwell as George H.W. Bush, Ioan Gruffudd as Tony Blair, Jeffrey Wright as Colin Powell, Thandie Newton as Condi Rice, Toby Jones as Karl Rove and Richard Dreyfuss doing an amazing Dick Cheney have suddenly made me (and a lot of other people) inexplicably excited. Admittedly it's like finding out that someone has turned your bad dreams into a Hollywood movie -- but you'd go see that, right?

I know, we don't need any more "Dark Knight" screed around here -- it's now earned the fastest $300 million in movie history, breaking the "record" set by "Pirates of the Caribbean 38: Davy Jones' Rockin' Locker" or whatever it was called -- but I can't resist. Ever-irascible critic Michael Atkinson (we're former colleagues, and I like him) has let loose his own delayed salvo. "Superheroes are, essentially by definition, idiotic confections intended for children," Atkinson observes, "and the fact that I can’t escape them as an adult so far this millennium makes my blood boil." As you can tell, a fair-minded, judicious consideration. I think there's nobody left to write you hate mail, Mike. They've all exploded.

In news arguably more germane to the subject of this column, Egyptian director Youssef Chahine, the leading figure in Arab cinema, died in Cairo on Sunday, at age 82. Chahine's story is both one of tragedy and triumph, and given his cultural and historical surroundings, it could scarcely be otherwise. When Chahine began his filmmaking career in 1950, Egypt was still a British colony; he had the distinction of making movies that appeared to criticize virtually every current in his nation's recent history: Western imperialism, pan-Arab nationalism, Islamic fundamentalism and religious intolerance (Chahine himself was a Christian), and the autocratic post-Sadat regime of Hosni Mubarak.

He also made movies in almost every genre you can imagine; I've seen only a few myself, and most remain hard to find or totally unavailable on North American DVD. His most famous work is unquestionably "Cairo Station" (1958), a neorealist classic in which Chahine himself starred as a disabled newspaper boy obsessed with a pretty lemonade seller. His better-known work also includes "Saladin" (1963), a left-leaning biopic about the 12th-century sultan who defended Jerusalem against the Crusaders; the Aswan dam documentary "Once Upon a Time on the Nile" (1978); and two films sharply critical of the Sadat era, the murder mystery "The Choice" (1970) and the oft-banned political drama "The Sparrow" (1973).

A Roman Catholic and an eclectic sexual adventurer in a puritanical Muslim country, Chahine grew up as an upper-class kid who spoke French and English better than Arabic. All over the Western world, people who have seen few or none of his movies will write respectful obituaries today; one can only hope the response in Egypt is not the official silence that greeted so much of his work. Chahine is but one more example of the universal rule that real artists are exiles from their own culture, by choice or by force. The man or woman who offers to show society its true face, rather than flattering its vanity, is never welcome.