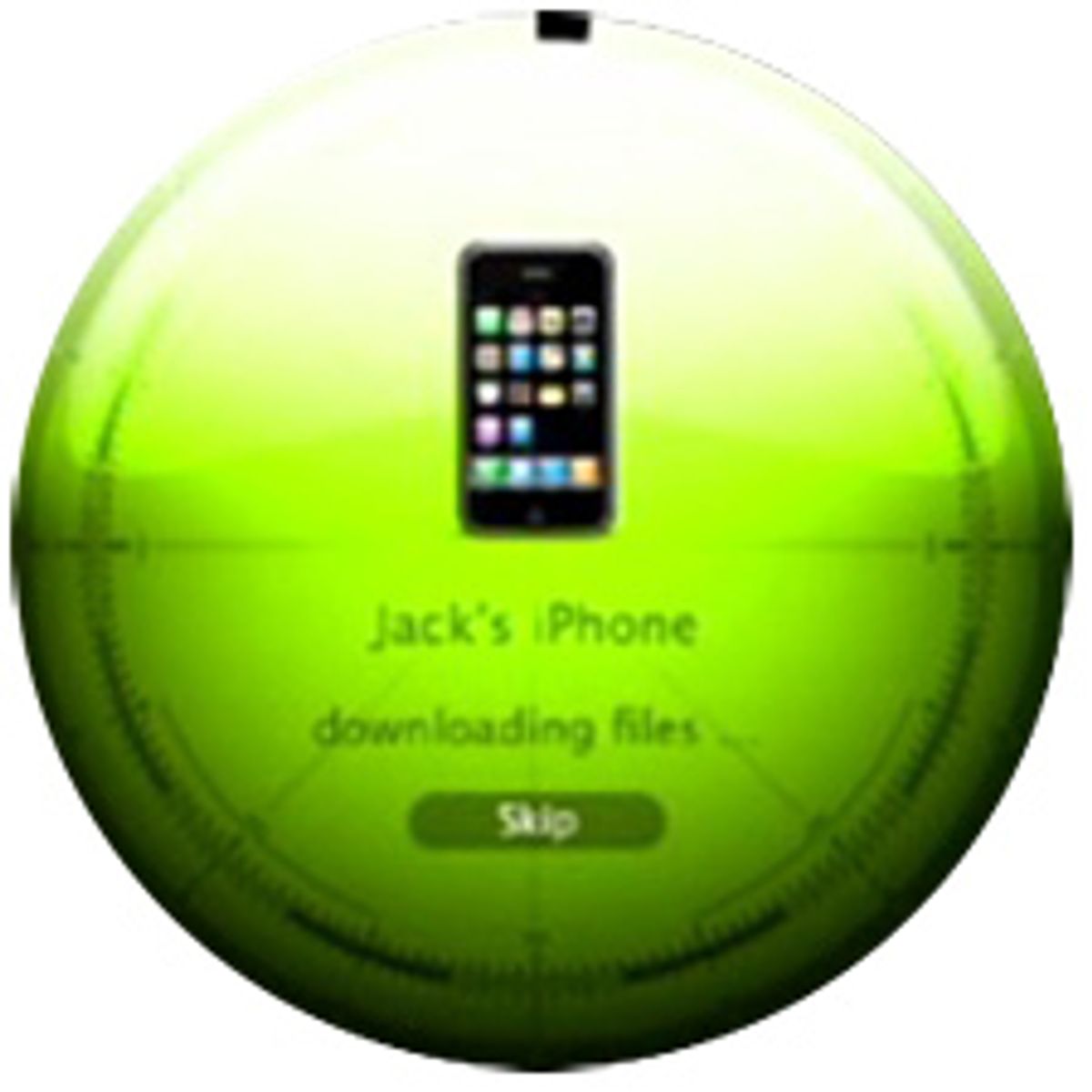 I was about to delete a recent press release in my in box when I paused at the words "Antivirus" and "iPhone." Sent by Intego, which sells antivirus and firewall programs for Macs and Windows, the release announced that the latest version of Intego VirusBarrier is the first-ever antivirus and anti-malware program to eradicate digital doo-doo from iPhone and iPod touch devices.

This brings up the point that smart phones are really just miniature computers and just as vulnerable to digital dangers like viruses and spyware.

After reading the release my first thought was: "It's about time." Especially now that iPhone and iTouch can (legally) run hundreds of downloadable applications.

Sure, Apple vets the apps for nastiness before making them available, but everyone knows super-sneaky stuff can slip below the radar and go undetected. At even greater risk are users of jail-broken iPhones and iPod touches who download and run uninspected apps from scores of sources. Reality check: I jail-broke my iPhone before 2.0 and had no problems with apps I downloaded and ran, but nevertheless I believe it's only a matter of when and not if before a malicious virus or malware attack takes a bite out of the iPhone's (and Apple's) clean and shiny image.

Antivirus programs for smart phones are nothing new. My old Nokia 6682 came bundled with a mobile version of F-Secure's protection program, and both Symantec and McAfee offer mobile protection products for a number of devices as well.

Unfortunately, Intego's big news proved too good to be true. Unlike the antivirus programs for other smart phones that actually run on the devices themselves, Intego's antivirus protection program for iPhone and iPod touch does not. That's because there is no antivirus program. Not for the iPhone or iPod touch. Instead, the desktop version of VirusBarrier X5 running on a Mac merely offers a check-box option to scan an attached iPhone or iPod touch as a mass-storage volume the same way it scans an internal or external hard drive.

So only after you've downloaded and possibly run a malicious app can Intego possibly come to the rescue. Too little, too late.

In other words, Intego (or another software maker), you need to "go native" if you really want to help.

How about you? Has your smart phone or hand-held ever been bitten by a nasty bug? Experts and industry watchers acknowledge the threat is real, yet I can't recall the last time a cellphone virus made big news. Can you? Comments welcome.