A Grimm take on games 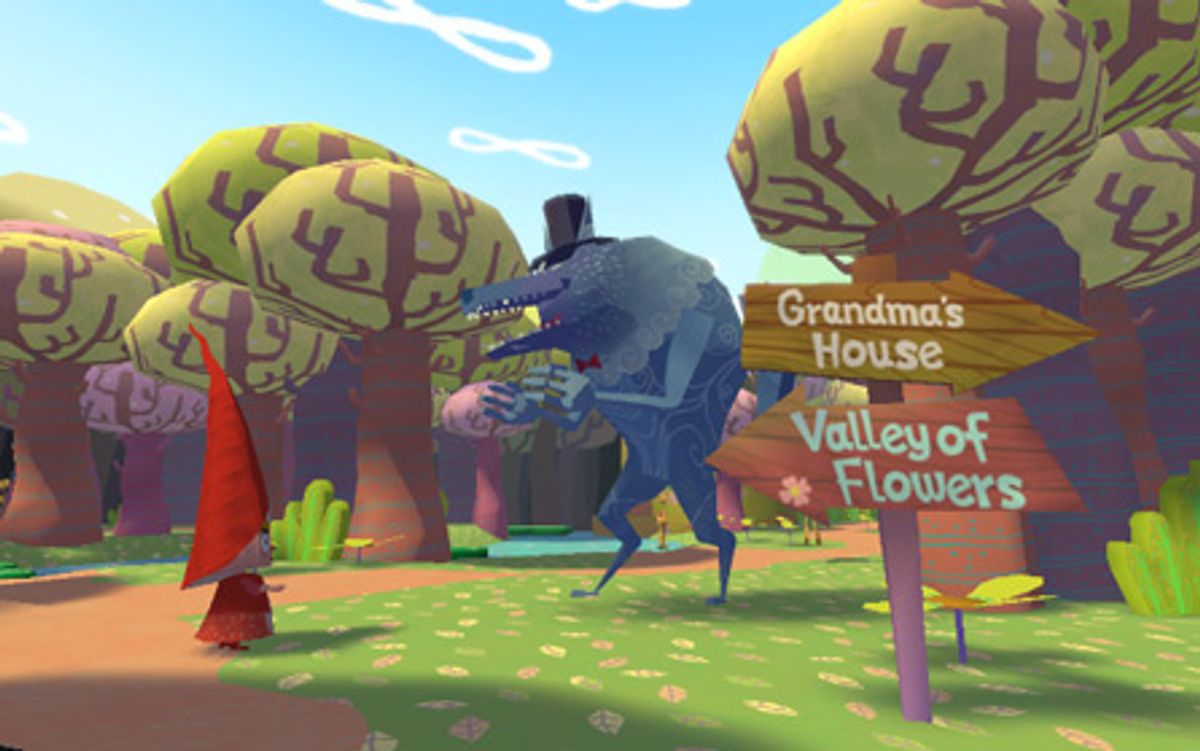 Above: GameTap; below: photo of American McGee by Spicy Horse

GameTap this week launched a new serial game series, Grimm, by veteran video game creator American McGee. Asked about his uncommon name, McGee once said, "My mom smoked pot. She was a hippie. I'm not sure how else to put that."

Playing games that bear McGee's dark design touch -- most notably Quake, Doom and the sequels that followed each -- can have similarly mind-altering effects, capable of scaring the bejesus out of players to the point of making them jump out of their seats.

Not so with his new series, which McGee says is less about horror and more about humor, as he explains in the following Q & A.

JH: American McGee, welcome. Your new serial, Grimm, serves up twisted takes on beloved fairy tales like "Little Red Riding Hood" and "Jack and the Beanstalk." The best tales are of course the scary ones. How young were you when you discovered fairy tales, and which scared you the most?

AM: I started reading fairy tales and dark children's stories at a really early age. What I really loved were stories where the beauty of nature and man's place within it is was balanced precariously over pits of darkness filled with gnashing teeth –- always hidden from the protagonist but made obvious to the reader. "Red Riding Hood" always held special appeal for me –- I ultimately sided with the Wolf, wanting Red to pay for her trespasses and naivety. But I don't know if "scared" is the right word, for what I, or other children, feel when immersed in these stories. There's a sophisticated understanding of "darkness" these tales help to reinforce -– and children are happy to go along on that dark ride.

JH: You rooted for the Wolf and I rooted for the shark in "Jaws." Just as scary are games you worked on like Quake and Doom II, which caused me to literally jump out of my seat more than once. Yet Grimm is aimed at a younger audience. How do you strike a balance between giving a good scare and going too far?

AM: The tone and nature of Grimm is about as far removed from Doom or Quake as you can get. Grimm is, at its heart, a dark comedy, not so much about horror, but about finding humor in the darker reality of the human condition. Grimm's point is that we're fooling ourselves when we candy-coat reality, sweep bad things under the rug and think we can convince children there are no bogymen. Kids are smarter than that, and Grimm's just helping to remind us what the kids already know –- or used to know before Disney got hold of them.

JH: Is that why you created "light" and "dark" versions for each story?

AM: The "light" version is supposed to reflect the toothless, meaningless versions of tales children are subjected to these days. Fairy tales have become so PC that they're no longer able to serve their original purpose of warning and teaching. The dark versions are meant to illuminate, as Grimm would say, "the way the world really is."

JH: What's the coolest thing you're into right now -- game, automobile, gadget, even non-tech-related -- anything at all.

AM: Being in China is pretty cool each and every day. Always something new to learn, some obstacle to overcome and something humbling about the whole experience. Aside from that, lately I've really gotten into electric scooters -– I'm helping my girlfriend start a boutique electric scooter shop here in Shanghai, which appeals to the gear head in me, but also helps me to feel like we're doing something to help people live more sustainable lives.

JH: What's next for American McGee?

AM: China is the place for me, at least for the next five to 10 years. My hope is that we'll continue to build a great studio and work on more innovative game products. Already we're laying plans for more Western game content as well as China-specific offerings. It's a great time to be exploring new game concepts and a good time to be in China.

China is lucky to have you, and so are we gamers. Thanks for taking time to chat, Mr. McGee.