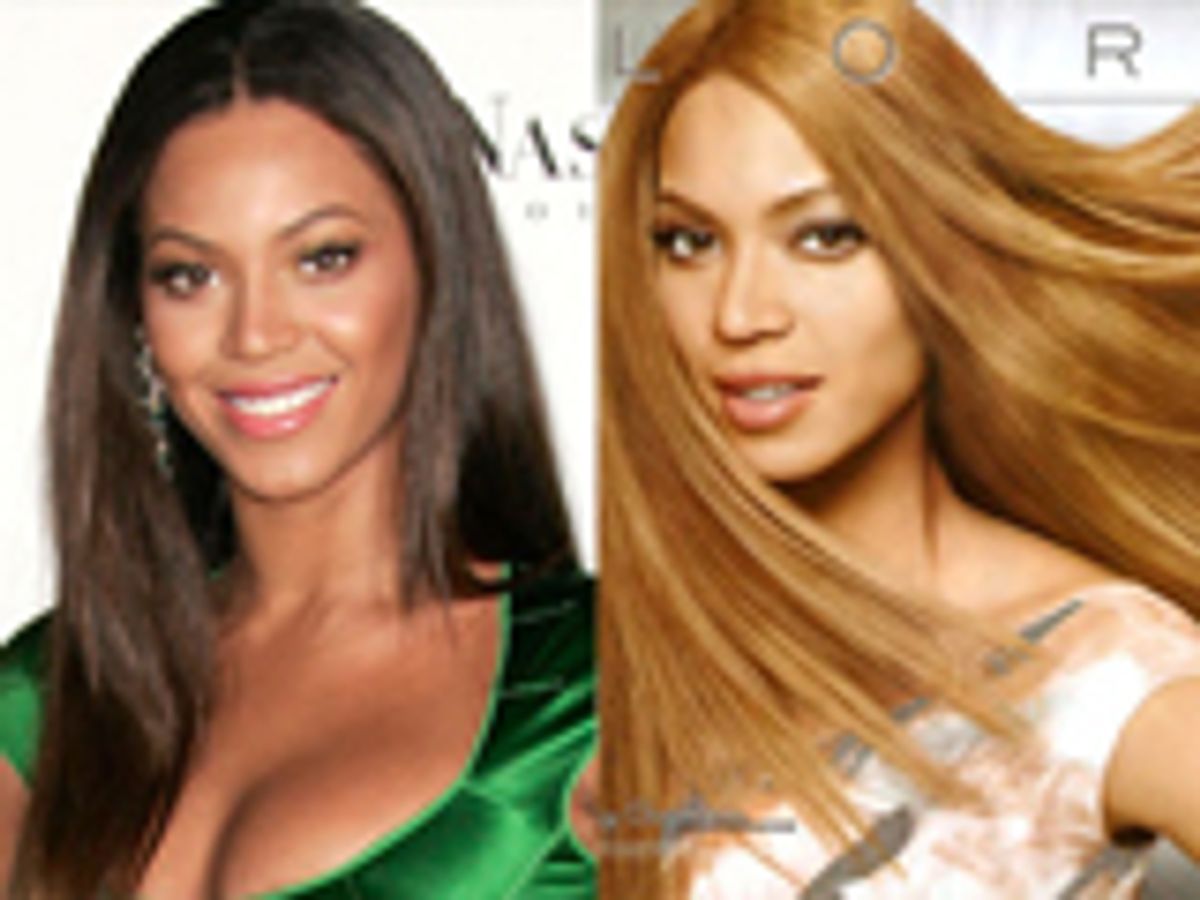 Last week, the blogosphere was abuzz with harsh words for cosmetics company L'Oréal, after gossip site TMZ highlighted its ad that showed spokeswoman Beyoncé not only with much lighter hair (thanks to the product in question) but much lighter skin. "Unless she just got vitiligo," wrote the TMZ staff, "L'Oreal has some serious splaining to do."

Well, now the company has 'splained that it didn't do anything to the photo. In a statement, L'Oréal representatives said, "It is categorically untrue that L'Oréal Paris altered Ms. Knowles' features or skin tone in the campaign for Feria hair color." Beyoncé's people had no comment beyond that.

I can't say I blame them. When I look at this side-by-side comparison of the Feria ad and a recent photo of the singer and actress, I have no words.