How creepy is Google's Street View? 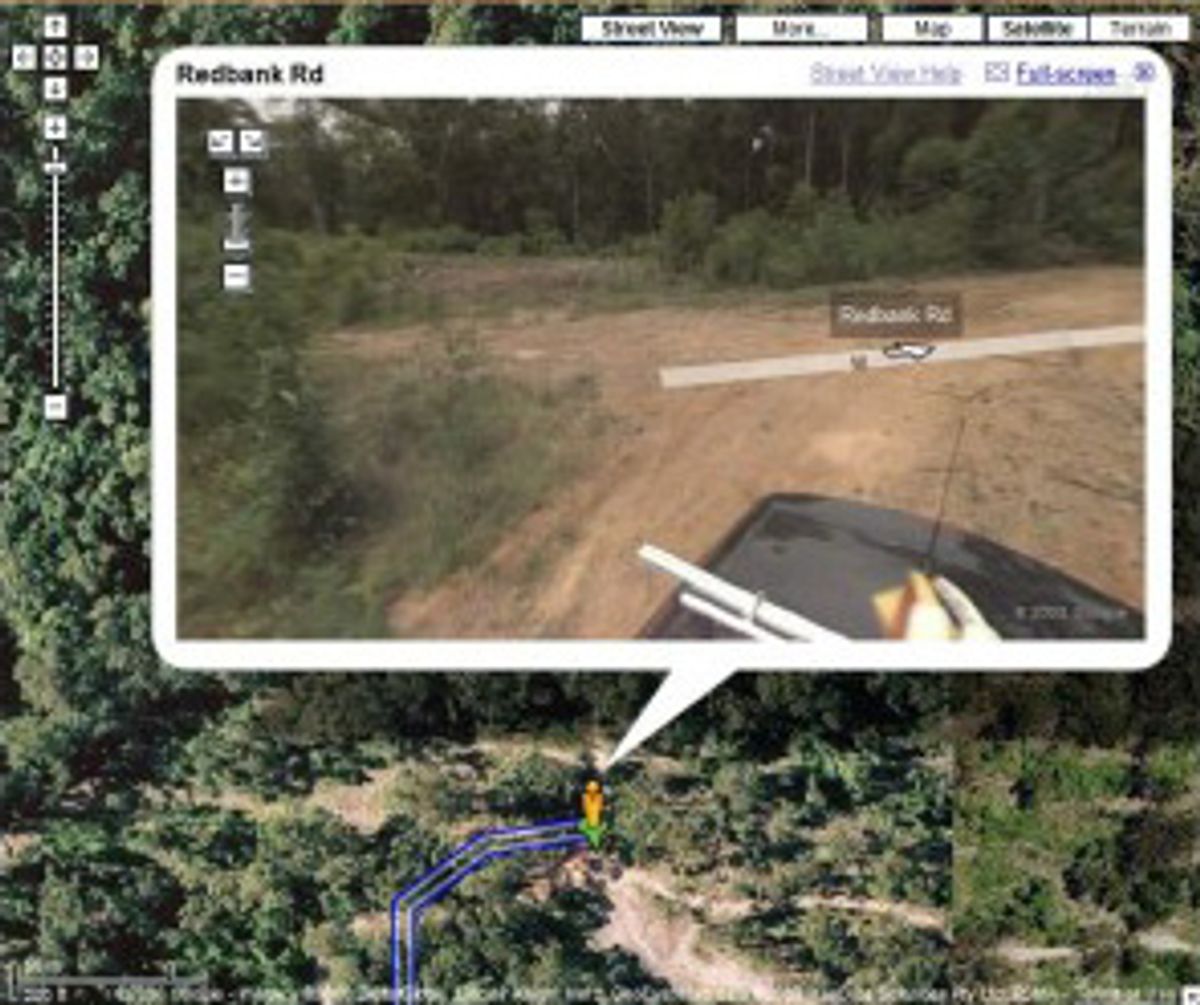 Since its launch a little over a year ago, Google Street View has been the pseudo-comedy privacy scare that keeps on giving. Just in the past few weeks, we've been treated to such instant Street View classics as the house on fire (prompting a commenter-driven rush on Rock Master Scott & the Dynamic Three jokes), the wedding proposal (with audience participation), and the man sleeping one off in front of his house (a close friend of his had just died, isn't that hilarious). These join iconic Street View bloopers like man climbing fence and a bloated list of other occasionally funny or unnecessarily cruel finds.

All of which has naturally generated a discussion about privacy and public spaces (along with the occasional guerrilla response), and newfound angst wherever the creepy Street View vehicles next land -- most recently in Japan and Australia. On Friday, Chris Salzberg at GlobalVoices Online published a fascinating and nuanced look at Japanese views on the Street View's recent arrival (worth a full read):


But as much as reaction has focused in other countries on private information such as license plates and personal identity, in Japan it is as much the less obvious cases of privacy infringement that provoke a reaction: seeing people's clothes out on the line, open windows where robbers could break in, or cars parked in the parking lot.

Even after all the discussion, though, I was newly beguiled by this Street View image (via The Earth Is Square), from the end of a completely undeveloped dirt road in New South Wales, Australia: Surf around a little, and you'll find Street View Australia to be just as thorough elsewhere, turning up a collection of similarly remote locales.

Without belaboring the issue of Street View's usefulness (and I have found it useful, for example, in apartment hunting) versus its scariness (and I find it minimally so, although I'm thankful that my own first-floor blinds were drawn when Google came knocking), these images struck me as both more amusing and more dispiriting than the more voyeuristic views. Amusing to think of the ridiculous little Google car bouncing up the road, determined to get a complete shot of a blank forest at which people on the other side of the world could gawk. But melancholy in the Conradian sense of the ever-shrinking blank spots on the map.

Granted, there are few places in the world left actually unmapped, or even uncatalogued by the kind of jaunty travel guides that Conrad himself once lamented were "more devastating to the world's freshness of impression than a swarm of locusts in a field of young corn." Street View is just the latest in a long line of humanity's cartographic conquests, and who knows to what useful end those remote views can be put. (Indeed, how remote are they really if you can get there in a Street View car?) But even knowing all that, I still find something cheerless in the search giant of Mountain View mechanistically engorging itself on images of the world's quiet places, for the sake of "complete coverage."

I'm sure that this, like most Luddite urges, will pass with time and familiarity. Probably when I get one of those iPhone gadgets, with the fancy picture displays.

Evan Ratliff is a contributing editor to Wired magazine, and the co-author of "Safe: The Race to Protect Ourselves in a Newly Dangerous World."