Parents are outraged over a suggestive pair of "High School Musical" panties. 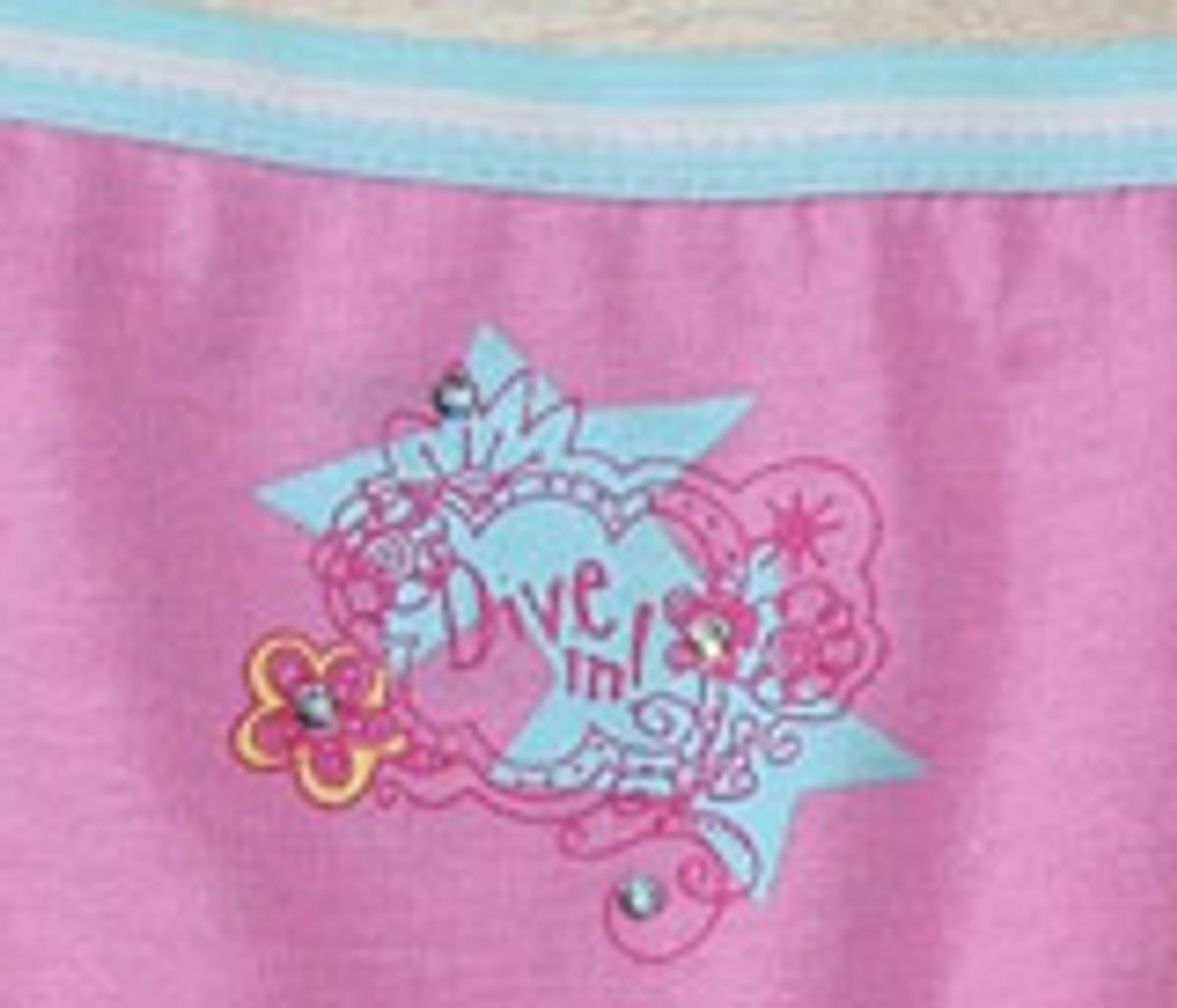 I don't pretend to understand the "High School Musical" phenomenon, but I'm sure at 8 years old I would have been all over it, too. Here's something else that doesn't make sense to me: A hot pink pair of "High School Musical" underpants with the words "Dive In!" emblazoned on them. And yet, they exist. The panties come as part of a kid-friendly five-pack and are available in the U.K. at a store called Asda. In fact, they've already pissed off some parents, Britain's National Society to Prevent Cruelty to Children and its National Union for Teachers.

The underwear is pretty gross, no doubt. As one Salon staffer noted, they'd even be tasteless on adult women. But amid screechy statements about the sexualization of children and kid-on-kid harassment, I have to wonder: Wasn't this all a giant, stupid mistake? Isn't the problem here that a boardroom full of Disney marketing execs didn't catch the subtext of plastering "Dive In!" on little girls' underpants? As a spokesman for the company said, "The knickers in question were designed using our High School Musical 2 artwork, which uses the creative theme of a swimming pool, as this is a key part of the film's storyline. Unfortunately a genuine oversight was made and the text on this product was used outside the context of the swimming pool." In other words, they just weren't thinking.

Though I don't often find myself defending Disney, it seems unlikely that a corporation that prides itself on its G-rated appeal would knowingly market sex to kids. Of course, now that the company is aware of the mistake, it should recall the product ASAP. But in the meantime, parents, teachers and the NSPCC are blowing Disney's blunder out of proportion. Aren't there bigger things out there to inspire outrage than a major corporation's major cluelessness?