A French master's farewell to love

Eric Rohmer's pastoral Renaissance fantasy, "The Romance of Astrea and Celadon," couldn't be a weirder, or lovelier, way to say goodbye. 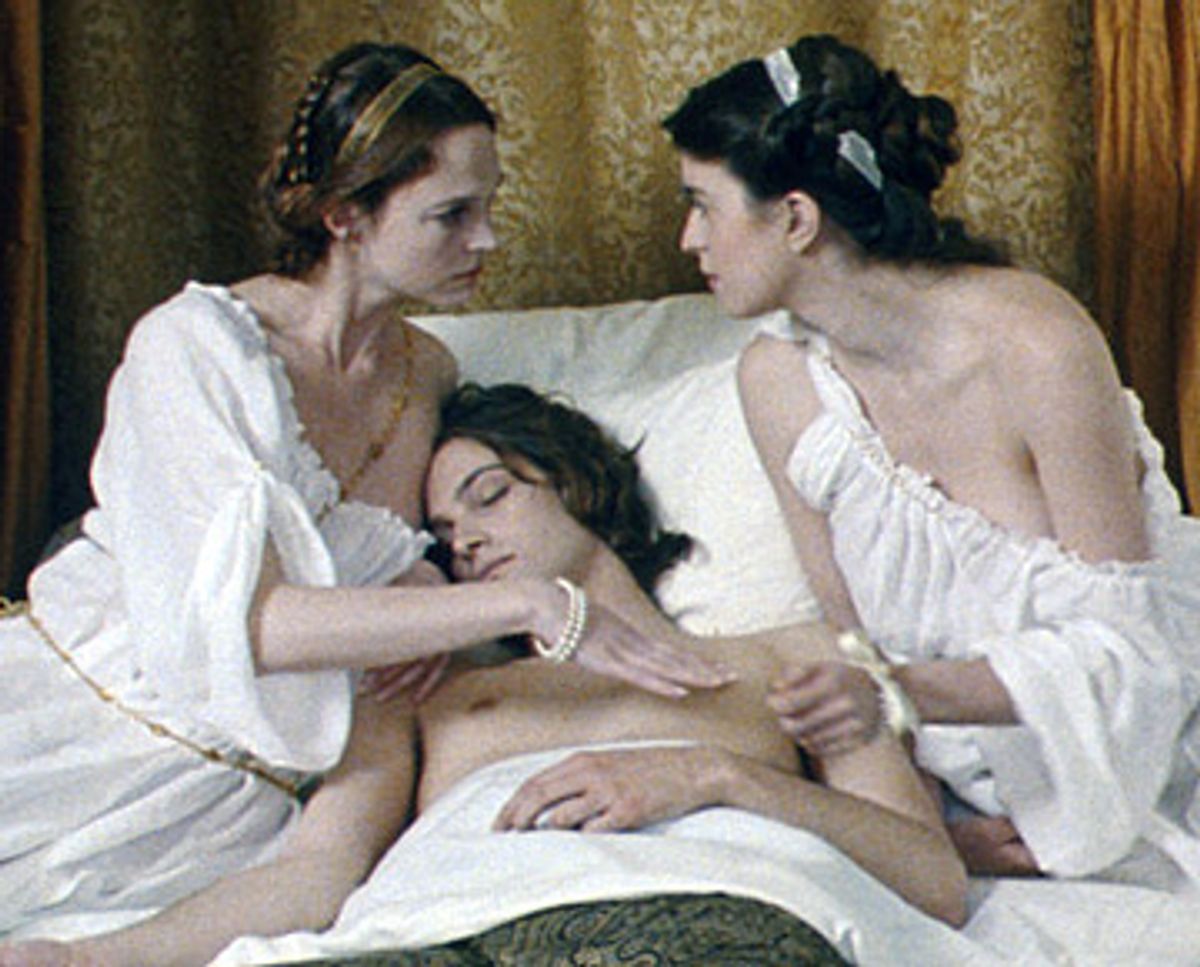 A scene from "The Romance of Astrea and Celadon."

If 88-year-old French director Eric Rohmer has really made his last film -- and that's the promise that comes attached to "The Romance of Astrea and Celadon" -- then I guess it's no surprise that it's an eccentric and delightful confection, balanced partway between masterwork and triviality and supremely unconcerned with the world around it. Since the emergence of the French New Wave in the late '50s, Rohmer has been making sly, observant social-romantic comedies ("Claire's Knee," "My Night at Maud's," "Pauline at the Beach") that are easy to watch but a lot less easy to categorize. You can read "Astrea and Celadon" as not merely a farewell to one individual's filmmaking career but a farewell to cinema itself and to the modern society that produced it. It's barely getting a theatrical look-see, which is too bad, but I can only conclude that if Rohmer gave a damn about the marketplace at this point he'd have made something else.

Except for a brief text-crawl at the beginning that addresses the modern viewer, "The Romance of Astrea and Celadon" is set in an imaginary version of 5th century Gaul, a bucolic realm of shepherds, shepherdesses and semi-divine nymphs. It's adapted from a widely influential 17th-century romance by the aristocratic French author Honoré d'Urfé, an approximate contemporary of Shakespeare and Milton who imbibed the same pastoral-classical tradition they did. In other words, it's not set in the 5th century at all, but in a mythical realm created by Renaissance authors, pretty close to the universe of "As You Like It," "A Midsummer Night's Dream" or Milton's poem "Lycidas." If there had been movies 400 years ago -- I guess that's ludicrous even as a thought-experiment -- this is pretty much what they'd have looked like.

What I'm trying to say is that you've got to ride with this movie the whole way or give it a pass (and I know what the choice will be for most people). We've got comely shepherds and shepherdesses in pristine neo-Classical tunics standing around in their fields. They sing, they dance, they discourse on love. If they do any actual herding of sheep, we don't see it. Celadon (Andy Gillet), most handsome of the shepherds, has a misunderstanding with his beloved, the blonde-ringleted Astrea (Stéphanie Crayencour) -- it has to do with the other girl he was seen smooching behind a tree -- and flings himself into the river. Astrea and Celadon's brother Lycidas (Jocelyn Quivrin) are filled with despair, but Celadon isn't dead. He's been fished from the depths by the beautiful nymph Galatea (Véronique Reymond), who is instantly smitten with his charms and spirits him away to her fairy-tale castle. And away we go.

Rohmer never tries to modernize or sex up the antique plot conventions and stylized, poetic presentation of d'Urfé's story (and in fact this movie's a lot sexier than Woody Allen's allegedly erotic "Vicky Cristina Barcelona"). If anything, the film's charm lies in its journey in the other direction, into the mind-set and worldview of Renaissance yarn-spinning. There's plenty of plot: Celadon dresses up as a girl twice (and there's a third occasion we don't witness), and women and men alike seem to fall passionately in love with him within seconds, whichever gender he appears to be at the moment. But there are also extensive detours into crypto-Christian theology, Renaissance Faire-style musical interludes, and a romantic code that seems perversely dedicated to self-denial.

I can't think of another director who would even have tried to make this mythic wonderland come alive, with its impossibly beautiful actors, lush, bucolic scenery and not even the slightest concession to contemporary notions of realism. Here's a dissertation topic for someone: Ingmar Bergman's last film ("Saraband") stared aging and mortality right in the face, while Rohmer's last, if it is his last, offers a romantic vision of eternal youth. Is Rohmer declaring that all the stories he's told us about the foibles of contemporary love, from "My Night at Maud's" onward, are in their own way as ritualistic as this one? Do they all take place in this unchanging sylvan glade where two lovers become estranged, break each other's hearts and reunite in tears of ecstasy, over and over again?

"The Romance of Astrea and Celadon" is now playing at Anthology Film Archives in New York. More cities, and DVD release, will follow.