The Democrat wanted to show he could compete for evangelical votes, too. Will he succeed? 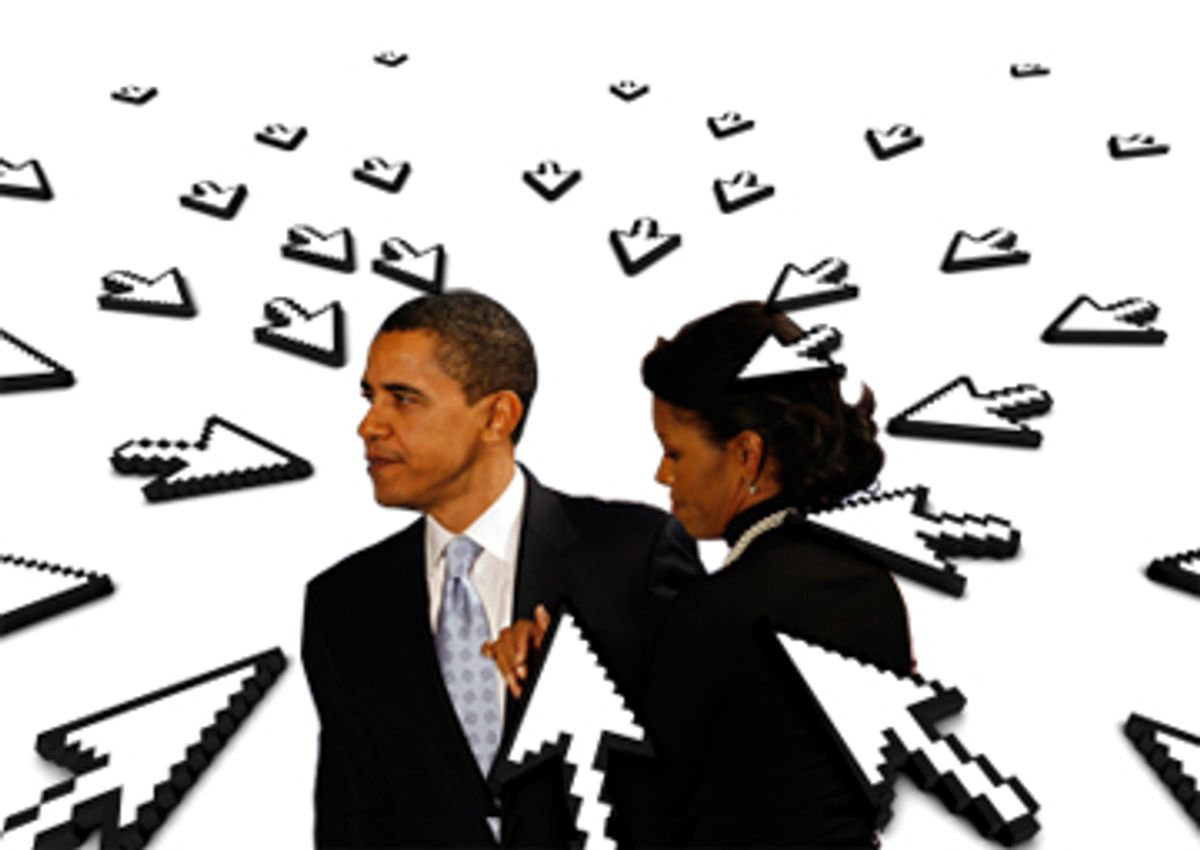 One of the candidates for president strolled onto the stage at a massive megachurch in suburban Orange County Saturday night and started joking easily with the Rev. Rick Warren, maybe the most popular evangelical leader in America -- but just plain "Pastor Rick" to the candidate. He talked about his certainty that "Jesus Christ died for my sins, and I am redeemed through him," said Americans should be soldiers in the fight against evil, and defined marriage as between a man and a woman -- "and God is in the mix." This particular Christian candidate was so on his game that after a segment on domestic policy ended, Warren told him -- his mic still live as the TV feed cut to commercial -- "Home run."

Oh, and John McCain was there, too.

Actually, McCain was just about as relaxed at Warren's Saddleback Civic Forum as Barack Obama. The conversational tone of the event, moderated by Warren, played to his skills better than standard-issue debates do. The night may have offered Obama the bigger opportunity -- especially if his campaign is serious about efforts to reach evangelical voters in ways that previous Democratic nominees haven't.

What more than 5,000 Saddleback Church members (and more watching the live TV broadcast at churches around the country) saw in the event's first hour, when Obama took the stage, was a Democratic candidate who was plainly comfortable talking about the role his Christian faith plays in his life, and who used his religious views to explain and defend his political ones. "I think America's greatest moral failure in my lifetime has been that we still don't abide by that basic precept in Matthew that whatever you do for the least of my brothers, you do for me," Obama said, with Warren affirming his choice of Scripture by finishing the quote. "That basic principle applies to poverty. It applies to racism and sexism. It applies to, you know, not having -- not thinking about providing ladders of opportunity for people to get into the middle class." Not bad for a guy who's still trying to hammer it into some voters' heads that he's not a Muslim.

Of course, what they also saw was a Democratic candidate who -- though he sometimes seemed more at ease with his faith than McCain -- disagrees with many evangelical voters on issues from abortion to who sits on the Supreme Court to the role of faith-based organizations in providing government services. And while McCain didn't drop religious language into his answers as easily as Obama did, and he's had his own struggles with the Christian right over the years, he certainly knew that his career-long record opposing abortion, his support for conservative judges and his relentless focus on defeating al-Qaida would play well with the crowd.

And the one time he spoke at length about his own faith, it was with a story Obama couldn't top. One night in prison camp in Vietnam, McCain said, he'd been left with his arms tied behind his back, his head forced between his legs. "You can imagine, it's very uncomfortable," he said. "All of a sudden, the door of the cell opened, the guard came in ... he loosened the ropes." The following Christmas, the POWs were allowed outside for a few minutes. "And I was standing outside for my few minutes, outside my cell," McCain said. "He came walking up. He stood there for a minute and with his handle on the dirt in the courtyard he drew a cross and he stood there and a minute later, he rubbed it out and walked away. For a minute there, there was just two Christians worshipping together."

Still, the event -- and Warren -- offered Obama a chance to show he could play on what's been unfriendly territory for Democrats. Warren tries hard not to emulate fire-and-brimstone social conservative preachers like Pat Robertson or Jerry Falwell; his best-selling book "The Purpose Driven Life" borrows from the language of self-help, and he's focused his church more on issues like poverty, climate change and global AIDS than on whether, say, a gay rights parade in New Orleans caused Hurricane Katrina. Obama had spoken at Saddleback before, getting a warm reception on World AIDS Day in 2006.

So with a friendlier interlocutor than he might have found elsewhere, Obama sought ways to reach common ground with evangelical voters, rapping the Bush administration for allowing the number of abortions to go up even as George W. Bush decries the procedure. He said he believed marriage was between a man and a woman, but defended civil unions by saying that "my faith is strong enough, and my marriage is strong enough, that I can afford those civil rights to others, even if I have a different perspective or a different view." Asked which Supreme Court justice he would not have appointed, he named Clarence Thomas, because "I don't think that he was a strong enough jurist or legal thinker at the time for that elevation, setting aside the fact that I profoundly disagree with his interpretations of a lot of the Constitution." Asked what his greatest personal failing was, Obama said he was sometimes too cautious. "When I find myself taking the wrong step, I think a lot of times it's because I'm trying to protect myself, instead of do God's work." (McCain's answer to that question wasn't likely to please many Evangelicals who disapprove of adultery or divorce: "My greatest moral failing, and I have been a very imperfect person, is the failure of my first marriage.")

But McCain seemed to have done a better job of remembering, while prepping for the night, that the event was essentially a debate, and not just a friendly discussion of mostly shared values. McCain was more focused in his answers, and more specific. And with the issues on his side in front of the church crowd, he pressed his advantage. He answered a question about merit pay for teachers before Warren could finish asking it, and called for vouchers and school choice, as well, winning applause. He brought up his newfound support for offshore oil drilling when Warren asked him what issue he'd changed his mind on from where he stood 10 years ago, staying on message on one of the only topics where Republicans can find solace in polling even if it didn't have much to do with religion. And when asked about whether there was evil in the world, McCain brought up radical Islamic terrorists, repeating his line about chasing Osama bin Laden to the gates of hell. Obama, meanwhile, brought up the genocide in Darfur, and child abuse; it was clearly a missed chance, and not just to reach the Christian conservatives watching.

Still, for a first joint appearance, not to mention Obama's first stop back from a week-long vacation in Hawaii, they both seemed to do pretty well. As a final question, Warren asked each man what he would say to people who opposed the forum because it took place in a church. (Never mind that those people might be made of straw.) Both candidates said voters ought to hear from them in all kinds of venues. "If you are a person of faith like me, I believe that things will work out and we will get the president that we need," Obama said. "What you want, though, is just to make sure that people have good information, that they're not just consuming negative ads or the kind of nasty tit-for-tat that has become so common in politics. I want people to know me well." Watching Obama chat easily with Warren in front of a potentially hostile crowd you couldn't help wondering whether the best way to do that wouldn't be for him to go ahead and take McCain's call to do town halls together. After all, why should an act this good -- their only joint appearance besides the formal debates this fall -- only be for the churchgoing folks?