Is change "scary" or is change "hopeful"?

As the Democratic convention opens, with a speech by Michelle Obama and an in-person appearance by Ted Kennedy, undecided voters wrestle with their feelings about change -- and the nominee. 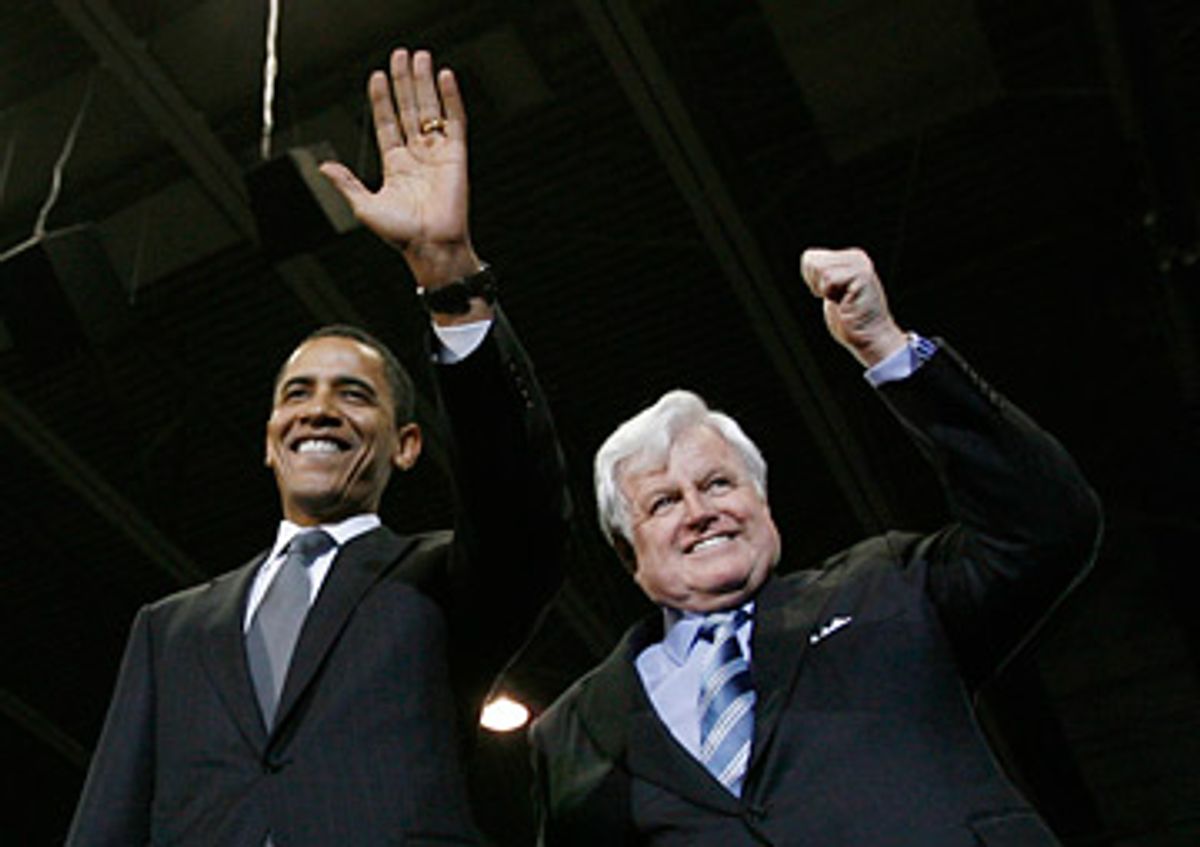 The dilemma facing Barack Obama on the eve of the Democratic convention was best expressed by Sondra Owens, a perplexed 43-year-old Colorado voter who works for a trade-show company: "I think people want change, but they're afraid of change."

Obama -- whose family background and life history defies political convention -- is a candidate who both inspires and disquiets. This Obama wariness was on display Sunday afternoon at a focus group featuring undecided Denver-area voters organized by the AARP. In a traditional focus-group exercise, the participants were asked to volunteer a word or phrase to describe Obama. The responses went like this: "Apocalypse," "terrifying," "scary," "pizzazz," "unknown," "inexperienced," "liberal," "unsure," "charismatic," "unknown," "hopeful," "smooth," "Internet," "under-performing," "change," "hopeful" and "irresponsible."

Words like "terrifying" and "scary" (which was Owens' choice) help explain why the opening night of the Democratic convention, featuring Michelle Obama, is built around reassurance. If Obama is to take advantage of the voters' ire at the president, their anger at the gas pump and the impression that John McCain is yesterday's man, he cannot be perceived as callow and aloof. As Valerie Jarrett, a close advisor to the candidate and a close friend to the Obamas, said at a reporters' breakfast Monday morning, "Michelle's speech will really focus on the Obama family and [will be] a personal speech showing who she thinks Barack is as a husband and a father and why she believes that he has the qualities that uniquely prepare him to be president of the United States."

A political convention has become an anachronism; the glory days of smoke-filled rooms, delegates in funny hats, and suspenseful roll-call votes are gone. Conventions are now excuses for both parties to bludgeon the television networks into running four nights of political infomercials. The elaborate and seemingly endless negotiations over whether Hillary Clinton will get a full roll-call vote on Wednesday night or whether the balloting will quickly be broken off for an Obama-by-acclamation confetti drop illustrate how ridiculously ritualized the whole quadrennial spectacle has become. So, in a sense, every reporter in Denver is on the television beat. And the journalistic danger lies in confusing the attitudes of the studio audience (the delegates) with the sentiments of Nielsen families (the voters).

The Democratic convention opens at a time when the heady optimism that Obama would transform the electoral map has given way to a gimlet-eyed realism about the difficulty of getting to 270 electoral votes. At the Monday breakfast sponsored by the Christian Science Monitor, Illinois Sen. Dick Durbin, the earliest proponent of an Obama candidacy, admitted, "Over the last week or 10 days, John McCain has had a 12-and-0 run in the basketball game." Durbin and other leading Democrats believe that the selection of Joe Biden for vice president coupled with McCain's inability to recall how many homes he owns had already changed the tempo of the game before the opening gavel of the convention.

The AARP focus group captured the confusions of a group of Colorado voters struggling to make a choice, but who mostly say that they are waiting for the presidential debates to clarify their decision. The words that participants used to describe McCain were not always lifted out of a GOP press kit: "Scary," "strong," "experienced," "veteran," "Bush Two," "older generation," "honest," "Goldwater" and "repeat." As Republican pollster Frank Luntz, who organized the focus group for the non-partisan AARP, summarized, "These voters have complaints about both candidates that prevent them from making an endorsement. They've got hang-ups about both of them."

The hesitancy about Obama -- at least in this focus group -- had little to do with Hillary Clinton or wounds from the long nomination fight. (True, these were all independent voters who were not allowed to participate in the Democrats-only Colorado caucuses). Despite all the backstage rumblings between the Obama and Clinton camps, there is a growing sense that these ill-concealed frictions are mostly irrelevant to the voters who will actually decide this election. Though it did strain credulity when Valerie Jarrett said, "The people who actually have been involved in the conversations between Senator Clinton's campaign and Senator Obama's have a very strong, good, cohesive working relationship."

But the Clintons -- for all their successes and endurance -- have never been the royal family of the Democratic Party. For nearly half a century, that honor has belonged to the Kennedys. At the 1992 Democratic convention, the torch was symbolically passed in a film clip unearthed from the archives that showed a teenage Bill Clinton, representing Arkansas in Boys State, shaking hands at the White House with JFK. Monday night an ailing Ted Kennedy, apparently against the advice of the doctors treating him for brain cancer, is now expected to speak to the convention on Obama's behalf. It will be the moment when the last survivor of the Camelot generation formally blesses Barack Obama as the embodiment of liberal dreams in the 21st century.