A reporter pretends to nurse a calf to promote a breast-feeding documentary. 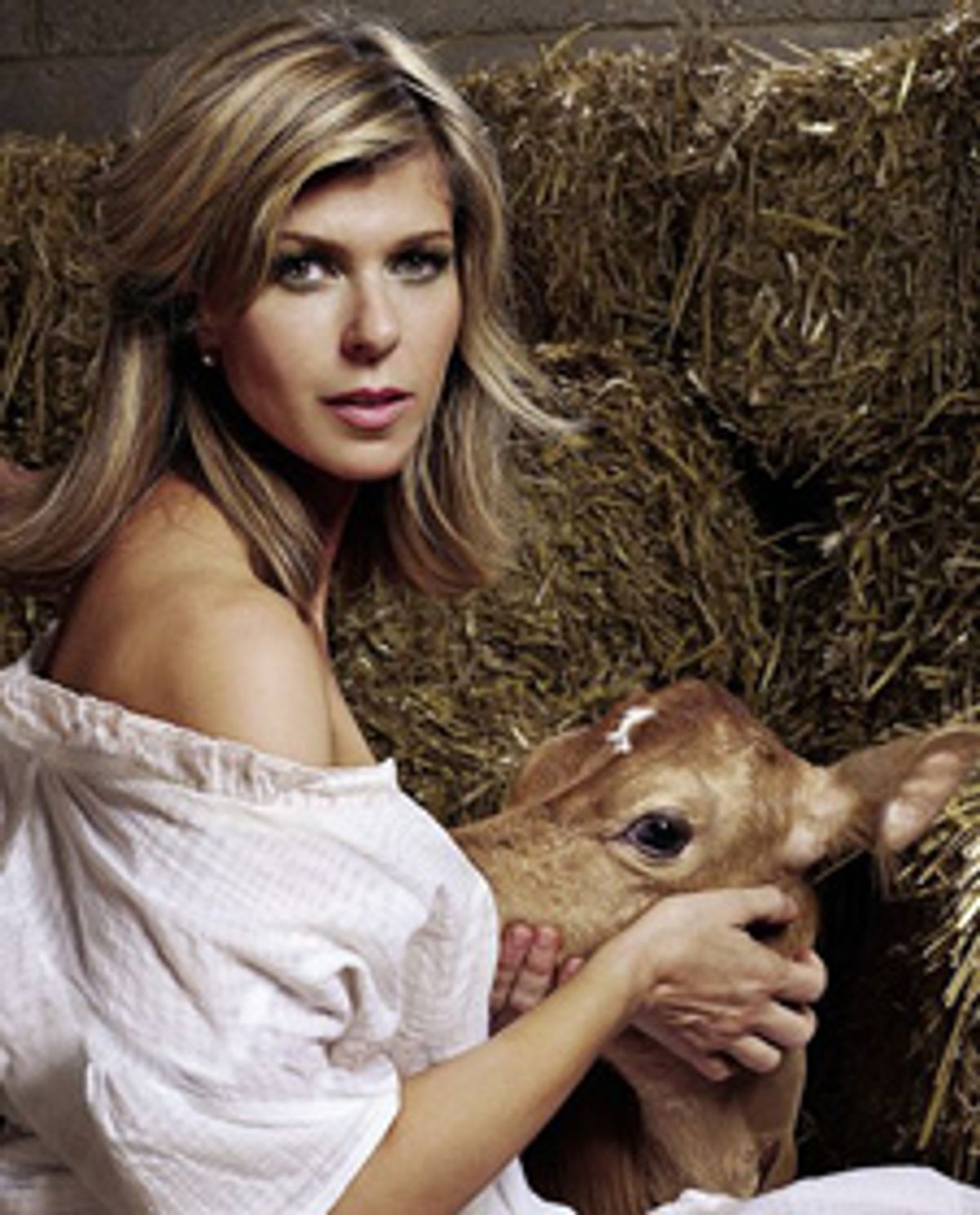 Kate Garraway poses with a calf.

For an upcoming television documentary called "Other People's Breast Milk," reporter Kate Garraway interviewed mothers who use wet nurses and discovered that her own views on the subject were contradictory. Why, exactly, was she OK with the idea of feeding babies formula containing cow's milk -- from "another species," she emphasizes -- but found it "icky" for mothers to have other women breast-feed their brood?

Her discovery of this personal bias inspired the documentary's promotional photo shoot: Garraway donned a milkmaid's frilly white frock, crouched amid bales of hay in a cowshed, untied her top and pressed a calf's muzzle to her breast. Yes, she pretended to breast-feed a cow.

Bottle-feeding formula has been compared to smoking and even riding a mechanical bull while pregnant, but never before has it been so vividly depicted as interspecies suckling, as though allowing a baby to latch onto a rubber nipple is akin to -- eww, gross -- having the baby suckle at a cow's teat. I'm all for trumpeting the dramatic benefits of (human) breast milk and putting in perspective some mothers' choice to hire a wet nurse, but, unfortunately, that educational message too often devolves into divisive mommy shaming.

Or, um, cowing women into breast-feeding.