Police in full riot gear are out in force in downtown streets. 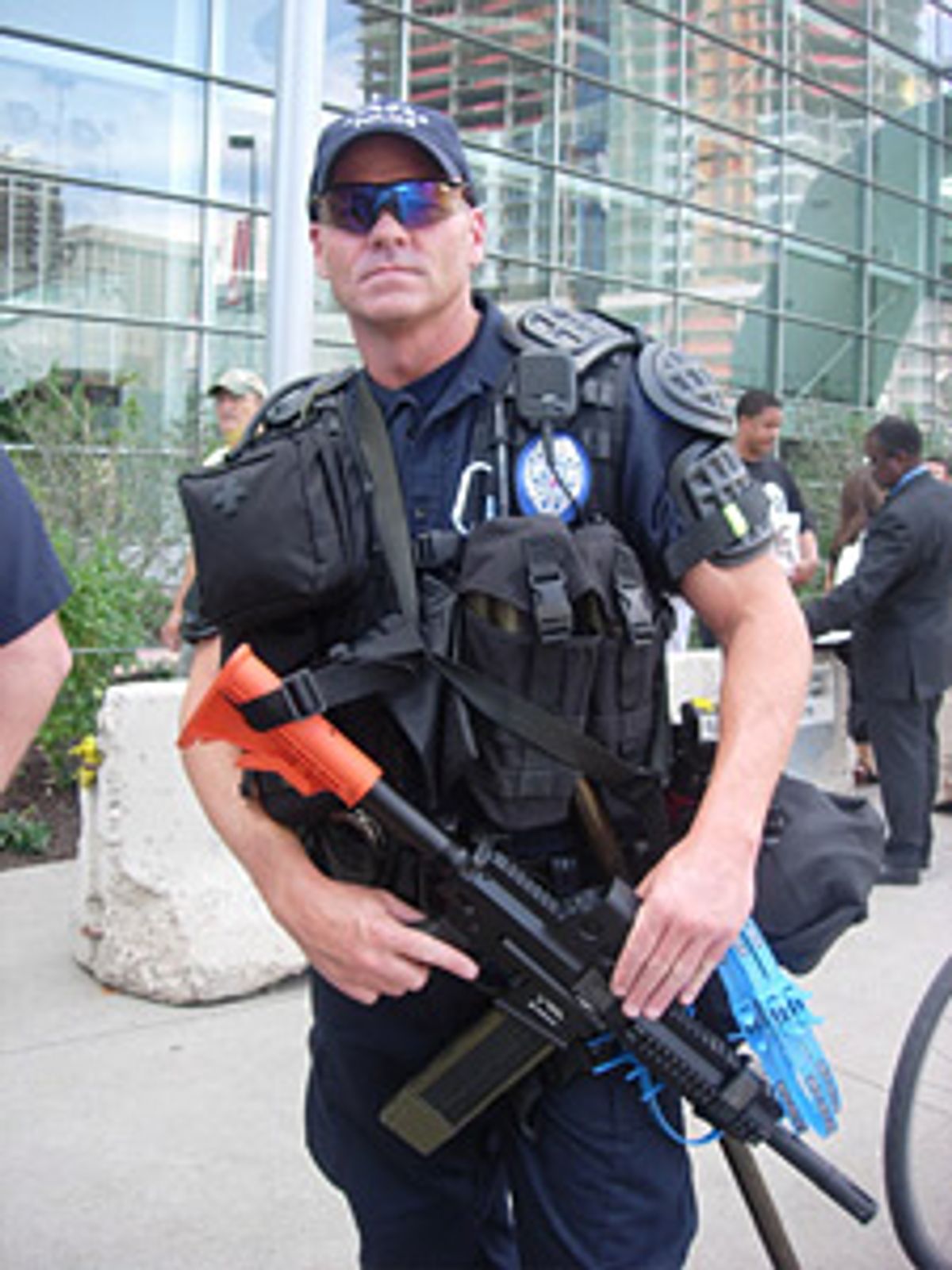 Officer Wells of the Aurora Police Department outside the Colorado Convention Center in Denver.

Cops are everywhere on the streets of Denver, many of them decked out in intense riot gear. Outside the Colorado Convention Center, where delegates stream in and out all day for caucuses and other meetings, police are stationed every 100 feet or so.

"We're not turtled up for any direct confrontation," Officer Wells of the Aurora Police Department tells me when I ask him about the heavy duty equipment dangling from his body, including what looks to me like a machine gun. "This is soft gear," he explains with a chuckle, pointing to the orange handle of his weapon. In the world of law enforcement, the color orange signifies "less than lethal." Maybe, but I wouldn't want to find myself on the other end of that gun, which is loaded with round projectiles of pepper spray that Officer Wells says are used to "disable people." When he saw my concerned expression he clarified what he meant, "you know, it stops their actions."

Wells and the other Aurora cops are also decked out with three-foot-long police clubs, canisters of tear gas hanging from straps criss-crossed around their chests, black protective pads on their arms and shoulders, riot helmets, gas masks and heavy-duty blue plastic restraints.

According to Wells, there are 325 officers from the nearby town of Aurora on the streets of Denver for the convention, but he couldn't tell me how many cops are deployed all together in the city. I wait around for an hour to interview a Denver Police Department Public Information Officer about security at the convention but in the end he or she never shows.

So far, I haven't seen violence of any kind between police and protesters. (Joan Walsh did, however. See her post below.) But whatever happens, there is a major display of force on the streets surrounding this convention.