Before Bergman and "The Crucible" 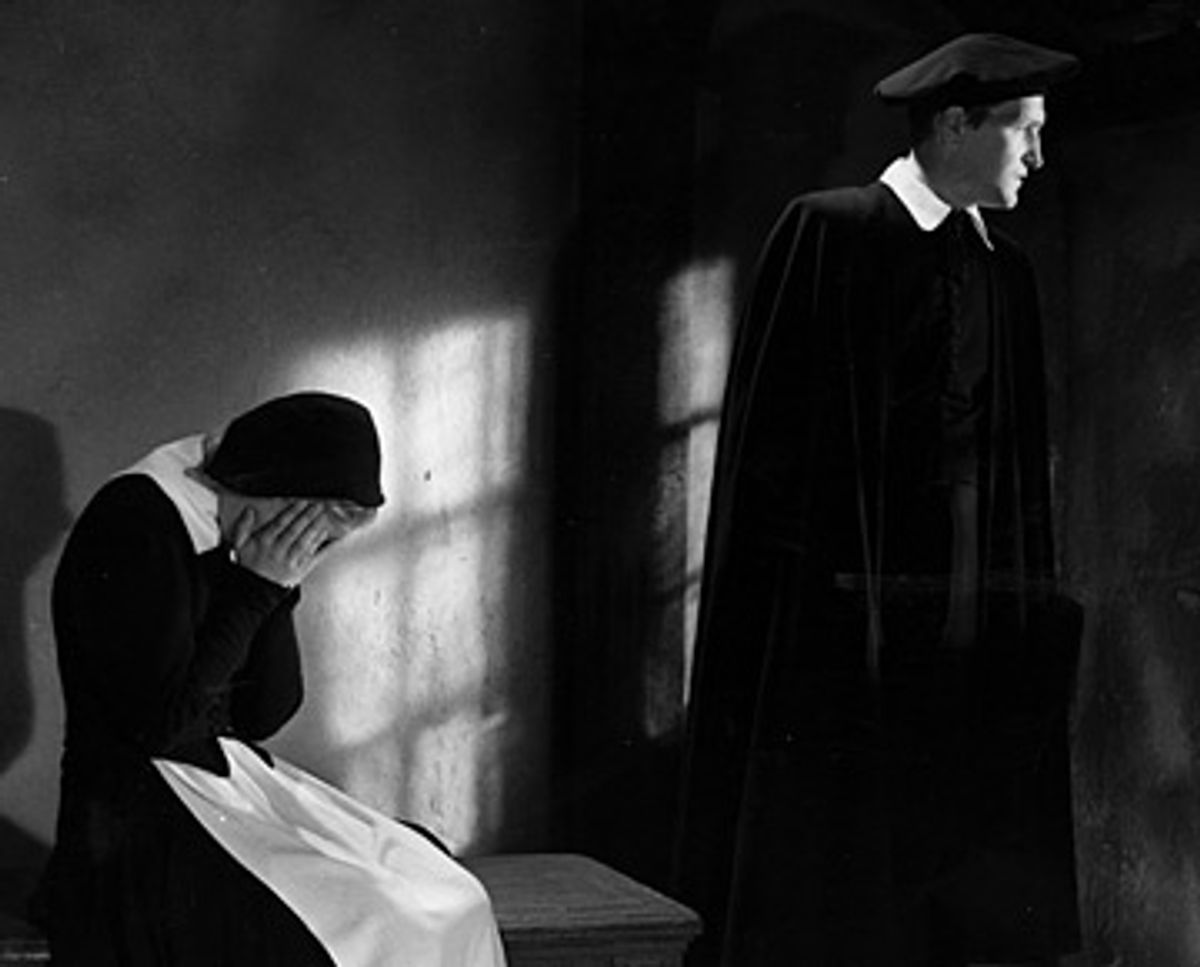 A scene from "Day of Wrath."

Last week I caught the most compelling release of 2008 so far, a devastating period piece about love, betrayal and cruelty. It's masterfully photographed and alive to the human complexity of its characters, but offers an unsparing view of their failures and their blindness. It's intensely erotic, although it depicts nothing more risqué than a young couple kissing. It brings a disturbing fragment of the distant past alive with vivid clarity, but also crackles with contemporary political relevance and ambiguous, symbolic depth. I'd be saving a spot for it near the top of my 10-best list if the movie hadn't been made 65 years ago.

It's called "Day of Wrath," and it's the wrenching tale of a 17th-century witch hunt in a rural Danish village, made in Nazi-occupied Denmark in 1943 by Carl Theodor Dreyer, a director universally acclaimed in film-history textbooks (mainly for his 1928 silent masterpiece "The Passion of Joan of Arc") but almost unknown today beyond the most intense universe of film buffs. Maybe this new digital restoration of "Day of Wrath," made from the film's original camera negative, will do something to change that. As far as I know, the movie is currently available in the United States only as part of the Criterion Collection's Dreyer box set, in a much inferior print. (Criterion recently issued the best restoration we'll probably ever see of Dreyer's indescribably weird and much-damaged 1932 horror film, "Vampyr.")

I watched "Day of Wrath" all by myself, early on Saturday morning, at an impromptu screening arranged by the IFC Center, and it was an electric, unforgettable experience, something like the first time I saw a Bergman or Kurosawa or Tarkovsky movie and felt the full expressive, aesthetic and emotional power that film can achieve. I mention Bergman by design; if you're a fan of the late Swedish master, you absolutely need to see "Day of Wrath," which strikes me as a pivotal influence on and presence within Bergman's greatest films, including "The Seventh Seal," "Smiles of a Summer Night" and "Fanny and Alexander." Let's put it this way: This picture features a clergyman anxious to please his God, but tormented by doubt; an elderly husband cuckolded by his own son; a woman unjustly accused of witchcraft and burned at the stake; and a plot that involves the murky borderlands between erotic passion, magic and pure accident. ("Day of Wrath" was also reportedly an influence on Arthur Miller's play "The Crucible.")

Unlike Bergman, Dreyer was not raised in a devoutly religious family, and he views the spiritual and personal struggle of Absalon Pederssøn (Thorkild Roose), an aging clergyman married to the young and beautiful Anne (Lisbeth Movin), with something like dispassionate sympathy. Absalon is not a cruel or indecent man at heart, but he lacks moral clarity or courage. He has taken Anne's girlhood from her and participates in the horrific persecution of Herlofs Marte (Anna Svierkier, in a wrenching performance), a local widow condemned as a witch. Dreyer shows us the village notables, dressed like the guys on the Dutch Masters cigar box, standing around calmly while the witchfinder tortures this half-naked old woman into a confession. It's nothing personal; in fact, they're trying to save her soul. It's the most disturbing scene I've seen in a motion picture in years. (Although Dreyer remained in occupied Denmark until 1944 and made this film under the Nazi regime, the Danish public, and underground resistance, understood where his sympathies lay.)

Before her burning -- another shocking scene -- Herlofs Marte calls down a curse upon Absalon and the rest of her persecutors. Whether her power comes from diabolical sources is debatable, but the efficacy of her curse is not. When Martin (Preben Lerdorff Rye), Absalon's handsome son from his first marriage, returns from the sea to meet a dishy blond stepmother younger than he is -- and they begin to take lengthy get-acquainted rowboat rides together -- it becomes clear that the sins of the father will not go unpunished.

A sense of foreboding hangs over the Pederssøn household, epitomized by Absalon's monstrously unforgiving fire hydrant of a mother (Sigrid Neiiendam), but through it all Dreyer's hypnotic black-and-white cinematography has a lustrous lushness, especially in the scenes with the doomed but irresistible young lovers. As they drift along in their rowboat, suspended between a hedonist paradise and the Calvinist hell, they observe a willow tree bending to the river. Anne says the willow is reaching for her reflection, from whom she can't bear to be parted. The guilt-ridden Martin isn't so sure; he thinks the tree is weeping for the two of them, who have sinned so gravely and will soon be punished. Dreyer's film seems to suggest that Anne's view is preferable, but Martin's, unfortunately, is truer to the realities of human existence.

The digitally restored edition of "Day of Wrath" plays Aug. 29-Sept. 4 at the IFC Center in New York. Other engagements and DVD release should follow.