Democrats behind enemy lines in Minnesota

The Obama campaign sets up shop at the Republican National Convention, but thanks to Sarah Palin the GOP is handling all the negative messaging itself. 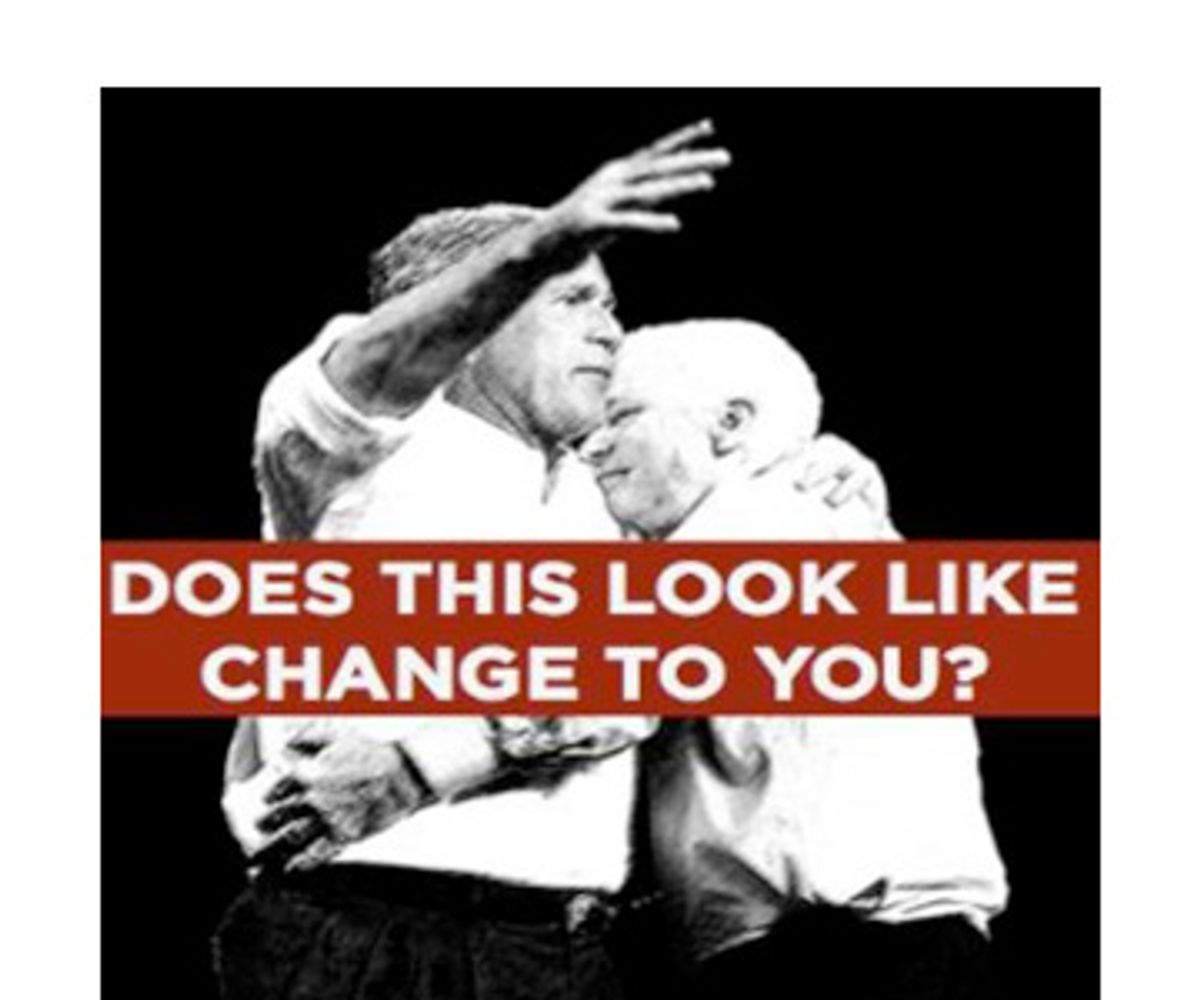 The view from the St. Paul Labor and Professional Center would be pretty good, if not for the fencing that rings the Xcel Energy Center and reminds you that the Republican convention is in town. It's just a block from the arena, right near the media filing center and an easy stroll from the political center of the universe this week. Which is exactly why the Democratic National Committee and Barack Obama's campaign decided to camp out there while the GOP is here.

From a first-floor war room usually used for meetings and speeches by the unions that make their headquarters in the building, the DNC and Obama's team have been trying to push a completely different message than the one you see on the C-SPAN feed of the convention each night. (The exact ways they'd quibble with the official program are too many to list; let's just say the war room folks aren't planning to vote for John McCain.) Monitoring TVs hanging from plywood stands on the walls and practically chained to their desks to keep up with a constant flow of e-mail and instant messages, the team from Chicago and D.C. thinks of itself as a sort of truth squad, an antidote to the Republican rhetoric oozing out of the Xcel Center.

"We're trying to just get in as many stories [as possible] to get our side out," said Robert Gibbs, a senior Obama communications strategist who found himself running from TV set to TV set all day Wednesday, on a near-fatal schedule of interviews his staff had arranged before he arrived in St. Paul (a total of 22, give or take a last-minute addition). "We just have to get out and remind people of the top-line message."

But when he arrived at his command center, he found he was spending most of his time listening to muffled explosions from behind Republican lines. After John McCain chose Sarah Palin as his running mate, one combustible Palin revelation after another took over the news cycle. There is little need to waste ammunition when your opponent is fending off a fevered press and friendly fire.

Republicans did more of the work themselves in Denver last week, during the Democratic convention. In Denver, the GOP threw happy hours for Hillary Clinton delegates and generally ran around town hyping the Democratic disunity story, at least until Clinton spiked that story with her speech Tuesday night.

The Democrats have both an easier job this week and a plusher perch. In Denver, the GOP's office was basically a fortified bunker a cab ride away from the convention. Here, Democratic staffers have managed to secure credentials to get into the secure perimeter, wandering around the press working space and passing out fliers right at reporters' desks. They bought a big billboard a block from the Xcel Center and covered it with a photo of McCain hugging President Bush. Bus shelters around town have similar ads (though it's not clear how many Republican delegates have been taking public transportation).

But the DNC operation has been less visible than the GOP shop was last week. Citing Gustav, Republicans canceled the first day and a half of their convention. Hurricane Palin took a little more of the pressure off the Democrats. They pretty much shut down their operation -- one staffer joked that they were basically a "no response" shop instead of rapid response. Some Obama war room staffers joined some of their McCain counterparts for dinner Monday night, since both sides were trying not to push negative messages while Gustav was still making news. With Sarah Palin attracting so much coverage, mostly negative, all the Democrats have to do is sit back and watch, or forward some of the stories reporters are digging up back in Alaska.

Most of the work that's being done seems to be taking place remotely, anyway. A big TV studio in the war room was dark Wednesday; networks apparently prefer to talk to guests in person, rather than do satellite interviews from across the parking lot. The office is a little more Spartan than the Republican setup was (they had a Ping-Pong table), with some coffee and snacks laid out on a table but few frills. Young researchers were hunched over laptops doing Nexis searches, and press spokespeople juggled BlackBerrys and computers at the same time. Things apparently get busier at night, when the aides try to poke holes in the speeches delivered from the Xcel Center podium and blast them out by e-mail to reporters.

It's not entirely clear why being in St. Paul as opposed to Chicago or Washington is much more useful, though aides do seem to think it's fun. "Some of it is metaphysical," said Jamal Simmons, a Democratic consultant hired by the DNC to help out with the rapid-response operation. "You want to have the feel of it. You want to have the smell of the delegates in the air."

In the end, the war room probably only helps Obama's side claim small victories in the minute-by-minute battle for the news cycle -- even though ratings are down for the Republican convention, there are still more than 20 million people watching each night, which is hard to counter entirely just by sending out a flurry of e-mails. But there are only 62 days left until the election; at this point, even small victories may count.