In her address, Sarah Palin takes at least one shot at Barack Obama -- and tries to deflect some of the criticism she's come in for of late. 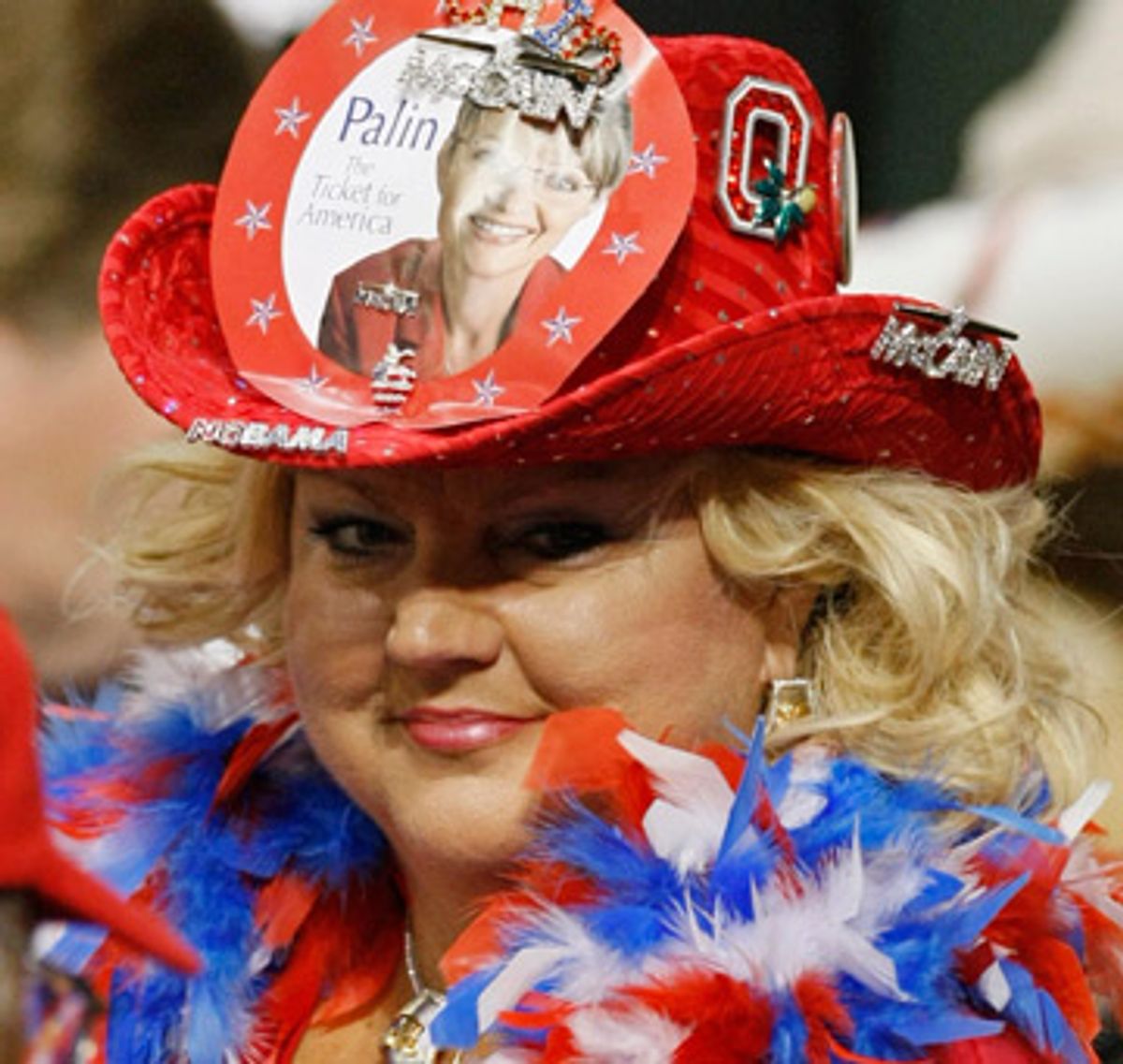 ST. PAUL, Minn. -- There are still a couple hours left before Alaska Gov. Sarah Palin will take the stage to officially accept the Republican Party's vice-presidential nomination, but we've already been given a little peek at some of what she'll say.

The excerpts released thus far -- which appear at the bottom of this post -- aren't particularly earth-shattering. That's not surprising; we already knew, after all, that a draft of the speech had been written before the team working on it even knew who they were writing it for. Besides, given the week Palin has had, it wouldn't be a bad idea for her to play it safe.

There are a couple notable things in the material that's been put out, though. There are, for example, a couple jabs at Barack Obama. Describing her history in public office, Palin says, "I guess a small-town mayor is sort of like a 'community organizer,' except that you have actual responsibilities."

Here are the excerpts, as released:


On her experience as a public servant:

"I had the privilege of living most of my life in a small town. I was just your average hockey mom, and signed up for the PTA because I wanted to make my kids' public education better. When I ran for city council, I didn't need focus groups and voter profiles because I knew those voters, and knew their families, too. Before I became governor of the great state of Alaska, I was mayor of my hometown. And since our opponents in this presidential election seem to look down on that experience, let me explain to them what the job involves. I guess a small-town mayor is sort of like a 'community organizer,' except that you have actual responsibilities."

On why she is going to Washington, D.C.:

"I'm not a member of the permanent political establishment. And I've learned quickly, these past few days, that if you're not a member in good standing of the Washington elite, then some in the media consider a candidate unqualified for that reason alone. But here's a little news flash for all those reporters and commentators: I'm not going to Washington to seek their good opinion -- I'm going to Washington to serve the people of this country."

On energy policies that the McCain-Palin administration will implement:

"Our opponents say, again and again, that drilling will not solve all of America’s energy problems -- as if we all didn't know that already. But the fact that drilling won't solve every problem is no excuse to do nothing at all. Starting in January, in a McCain-Palin administration, we're going to lay more pipelines... build more nuclear plants... create jobs with clean coal... and move forward on solar, wind, geothermal, and other alternative sources. We need American energy resources, brought to you by American ingenuity, and produced by American workers."

"Here's how I look at the choice Americans face in this election. In politics, there are some candidates who use change to promote their careers. And then there are those, like John McCain, who use their careers to promote change."