Our fifth annual award to the most underappreciated show in all of TV land. 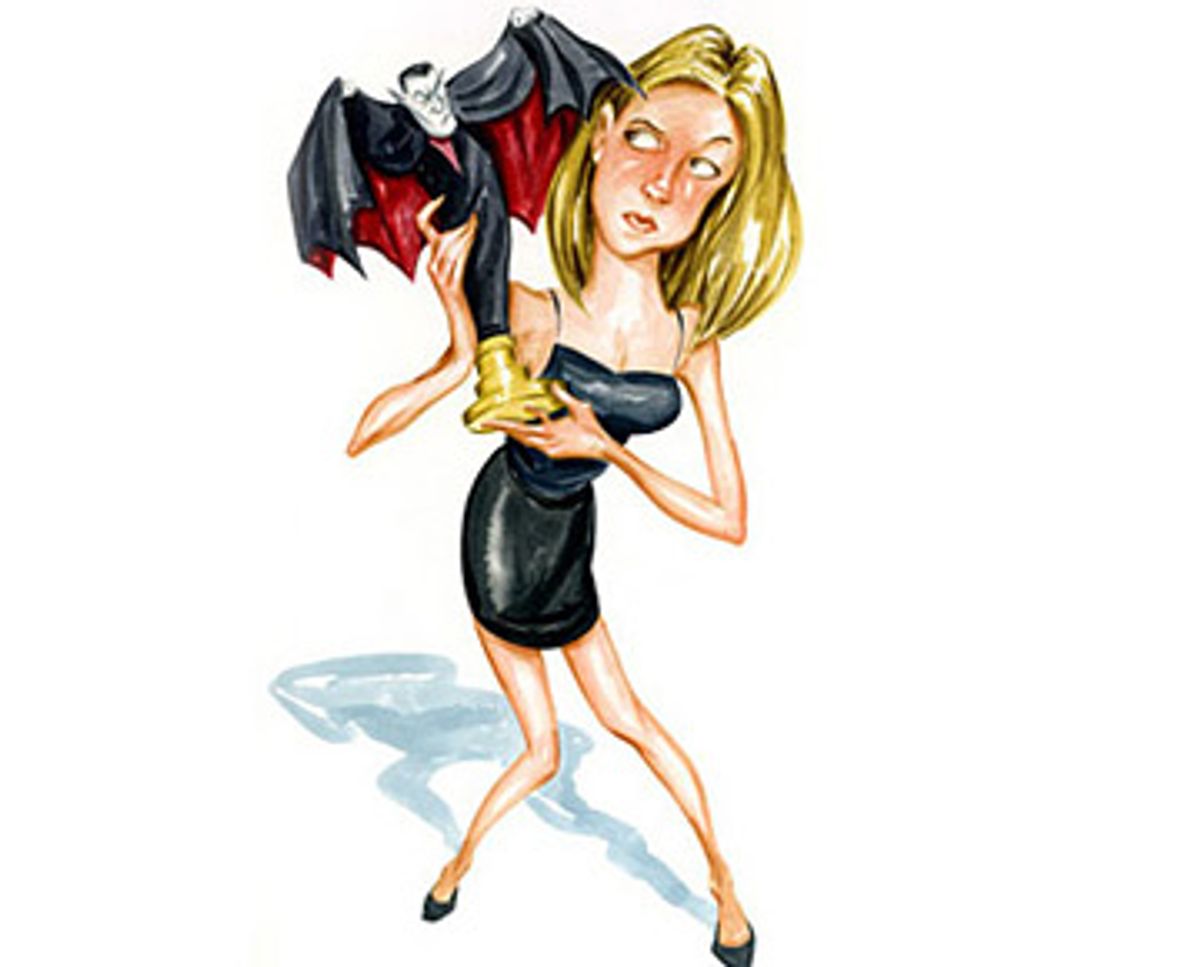 Four years ago, the Buffy was born in an attempt to honor the most underrated, overlooked show on television. And each year, the proud winner of the Buffy seemed to gain wider recognition in the wake of being awarded our glorious (and entirely theoretical) golden statuette: In 2004, "The Wire" won based on its first two seasons. In 2005, "Veronica Mars" had aired one season and won the award for showing enormous potential. In 2006, "Battlestar Galactica" won just as it was starting to gain a wider audience, and in 2007, the immense charms of "Friday Night Lights" looked poised to take the world by storm. (Oh well, can't win them all.)

This year, we depart from our typical focus on relatively young shows to recognize a veteran drama that stands head and shoulders above the rest. This show entered the cable-drama fray six years ago at a time when the words "cable drama" automatically called to mind "The Sopranos" and nothing more. In fact, when this shakily shot, testosterone-fueled cop show stole the spotlight from "The Sopranos" in 2003, with the show's bald-headed star practically ripping the Golden Globe for best actor right out of James Gandolfini's hands (and the show taking home the Golden Globe for best TV drama), most of us die-hard "Sopranos" fans rolled our eyes in disbelief. We bemoaned the show's burgeoning popularity, assuming it was just a trendy, sensationalistic procedural drama, all style and no substance.

And then something strange happened. Just as quickly as it had emerged, this drama disappeared from the radar, failing to win another major award over the past five years, with only a smattering of Emmy nominations along the way. Meanwhile, the show has arguably improved each and every season, to the point where it may be the most impeccably scripted, well-acted, dynamically plotted drama currently on television.

So this year, the Buffy goes not to a show that's about to break out, but to a show that was celebrated for its first two years on the air, and then largely ignored. "Oh, that's still on the air?" That's the typical response from TV viewers who don't follow "The Shield," viewers who've always assumed that it's just another macho, mediocre cop show. Meanwhile, this volatile drama gains momentum and complexity each year, reaching unforeseen heights over the past few seasons. Glenn Close's impetuous Capt. Rawling drove the department into uneasy territory in Season 4, Forest Whitaker brilliantly embodied Lt. Kavanaugh, a man obsessed with taking down Mackey's dirty strike team, in Season 5, and then the pressures and the paranoia mounted in Season 5, leading to Lem's (Kenny Johnson) devastating death in the finale. Season 6 saw Vic Mackey (Michael Chiklis) walking a more precarious line than ever, grappling with the truth behind Lem's death and fighting reckless moves by his prodigal son, Shane (Walton Goggins). In the show's seventh and final season this fall, with the Armenian mob and the Mexicans stirring up trouble, an uneasy alliance with Councilman Aceveda (Benito Martinez) in the works, and a review board hearing still looming, Mackey is gong to have to pull off his most elaborate tricks yet to keep his enormous house of cards from toppling once and for all.

All of which may sound, to the outsider, like a simple piling on of higher and higher stakes. But creator Shawn Ryan and the other writers never take the easy way out. Each and every episode is its own little chess match, with Vic Mackey front and center as king, scheming and double-dealing and pulling off nimble, forward-thinking moves left and right. Unlike so many shows that get more and more formulaic to the point of becoming parodies of themselves in their final few seasons, "The Shield" becomes more compelling and dynamic each year.

Those who write off "The Shield" as a bad-cop thrill ride willfully overlook its depth and richness as a multilayered narrative, filled with desperate characters that tear us in two. We should hate these guys, but we can't help rooting for them anyway. Even Shane, that nasty, murderous rat, tries desperately to protect Mackey's family when his thoughtless alliance with the Armenian mob starts to slip out of his control. Plus, the female characters are far from sidekicks; they make up the moral center here, from Corrine's (Cathy Cahlin Ryan) dismissive but ultimately loyal attitude toward her ex (Mackey) to Lt. Claudette Wyms' (CCH Pounder) alternating rage and resignation in the face of Mackey's extreme effectiveness in the field.

Yes, there are new crimes to solve each episode, but the unraveling thread of Mackey's fragile fiefdom is always at the center of everything, the way Tony Soprano's trajectory as a self-doubting patriarch took center stage on "The Sopranos." Like "The Sopranos," "The Shield" has a genuine sense of coherence and vision. You fall into its disturbing world, from the theme song, which sounds like a gang of speed-freaking macho hooligans blaring in your face, onward. And where "The Shield" may lack "The Sopranos'" more thoughtful, artful exploration of broader themes like aging and the search for meaning in upper-middle-class suburbia, it makes up for those quiet moments with its breakneck speed and style -- which, once you jump on board, make the show incredibly addictive and compelling.

At the start of its seventh and final season, "The Shield" is hurtling forward like a freight train about to jump the tracks. And while it may have been appropriate to leave Tony Soprano mid-thought, shoveling onion rings into his mouth, you can bet your last buck that Vic Mackey's not going out like that. In keeping with this heart-stopping, head-spinning series, we can only guess that in the final season, Mackey's whole world will explode into glorious, horrible flames before his eyes at long last. But after all these years in the company of his manipulative genius, we'll feel sad to see this king lose his crown.

We're just guessing, of course. Only one thing is for certain: "The Shield" has been underrated for years now despite being one of the most groundbreaking, intelligently plotted, finely crafted dramas of its era. No matter. Given the growing momentum and exceptional storytelling of the last few seasons, "The Shield's" final season is sure to cement its place in TV history for good.