A lovable pervert at your window 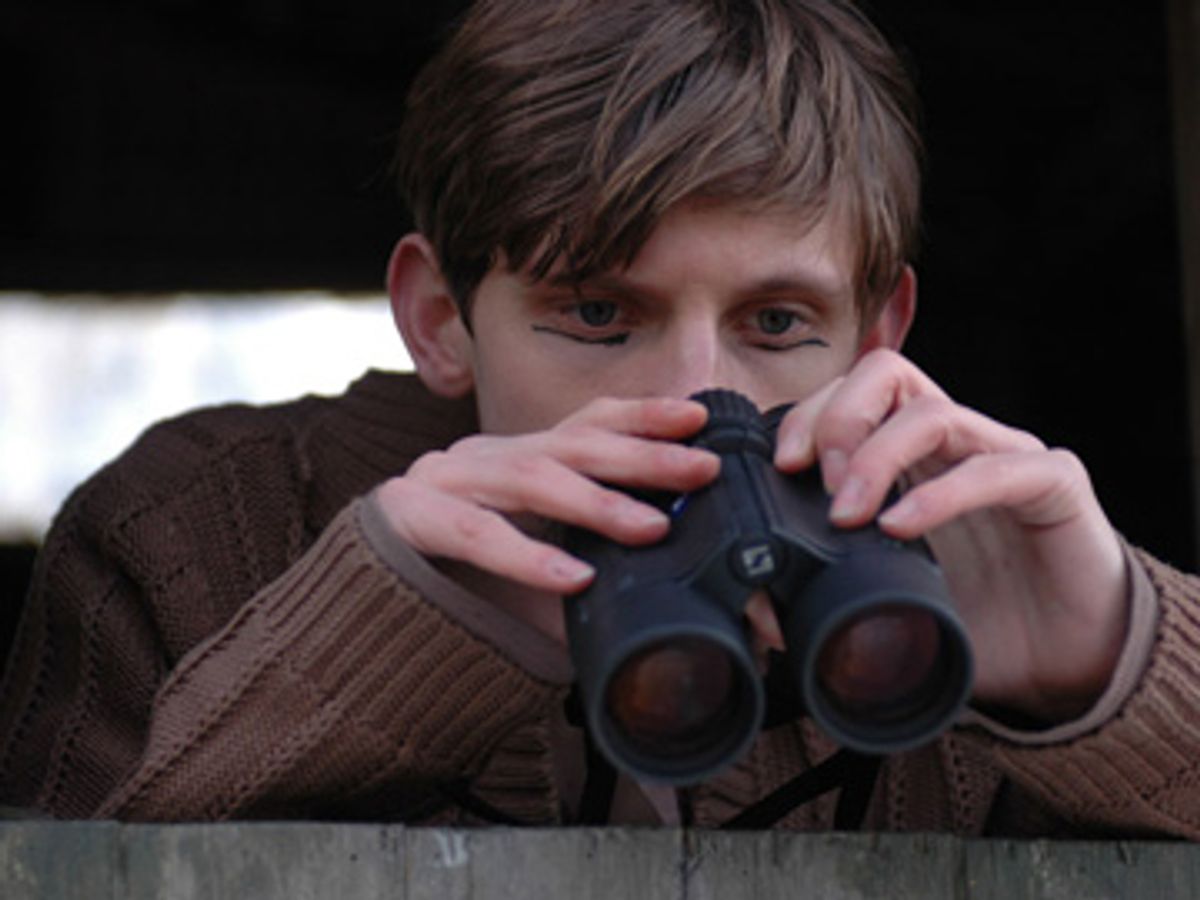 Eponymous Hallam Foe (Jamie Bell, in a memorable performance) is a lonely and demented Scottish teenager with occasional transvestite tendencies, a habit of spying on people while they're having sex, and a half-baked idea that his vixenish stepmother (Claire Forlani) actually poisoned and drowned his late mother. Mind you, he's thoroughly charming and without question the hero of the film. There's an entire British Isles Gothic-horror tradition invoked here, from Michael Powell's "Peeping Tom" to Neil Jordan's "Butcher Boy" and Cronenberg's "Spider," but morphed into a combination of outrageous melodrama and romantic comedy. After the first time Hallam tries to murder his snaky stepmom (there are others) they wind up doing the deed on the floor of the treehouse where he keeps his meticulous peeping Tom diaries, and then we understand: OK, this is that kind of movie.

Most of the film concerns Hallam's increasingly insane relationship with a blond hotel manager (Sophia Myles) who, at least in his mind, strongly resembles his mother. Boy peeps at girl, girl finds boy a job, girl has rough sex with married man, girl falls for boy (without yet knowing that he's already seen her naked). But the enjoyment in "Mister Foe" flows more from its foulmouthed wit and from the often dazzling cinematography of Gilles Nuttgens than from its ludicrous plot. As in "Asylum," Mackenzie's passion for brooding, rotting, half-ruined Victorian architecture sometimes throws the characters into the shade. (Now playing in New York and Los Angeles. Opens Sept. 12 in San Francisco; Sept. 19 in Boston, Chicago, Denver, San Diego and Seattle; Sept. 26 in Philadelphia; and Oct. 10 in Gainesville, Fla., and Washington, with more cities to follow.)

This week New York audiences can catch a rerelease of François Truffaut's marvelously atmospheric 1960 Parisian noir "Shoot the Piano Player," which has long languished in the shadow of its predecessor, the era-defining "400 Blows." It would be silly to suggest that "Piano Player" is a superior film, but it's certainly a leaner and more muscular production, and in its own way just as fine a display of the young director's burgeoning talent. Legendary French singer Charles Aznavour gives his best screen performance as the embittered dive-bar pianist Charlie, once a star of the classical stage who has retreated into gutter-level obscurity and cares only about the little brother he's raising (mysteriously named Fido).

Between the two nincompoop pipe-smoking thugs chasing his no-account older brother Chico, the tomboy waitress (Marie Dubois) who knows his secret and the gold-hearted prostitute next door (Michèle Mercier) who occasionally throws him a freebie, of course life is going to challenge hard-bitten Charlie to get over his long-dead wife and give a crap about this crazy world again. Shot in a fluid, freewheeling style that pays tribute to the American art forms Truffaut loved best -- B-movies and jazz -- "Shoot the Piano Player" is nonetheless a distinctively postwar Parisian creation, coldblooded and sentimental and wounded and whimsical, all at the same time. (Plays through Sept. 11 at Film Forum in New York, with other cities likely to follow. Available on DVD from the Criterion Collection.)

Also opening this week is documentarian Jessica Yu's first venture into narrative film, a compulsively zany comedy called "Ping Pong Playa," starring Jimmy Tsai as a Chinese-American obsessed with basketball and hip-hop culture who can't quite escape his true Asian-American destiny as a budding table tennis star. Tsai creates a wonderfully obnoxious but irresistible character; the movie's amusing in patches but missable. I haven't seen "Everybody Wants to Be Italian" or "Save Me," and while Deborah Kampmeier's risible Southern Gothic "Hounddog" cannot possibly be worse than it was at its pseudo-scandalous Sundance premiere, I'm not willing to check it out a second time. Already reviewed: "August Evening," "The Pool," "A Secret."