For all her preparation, Sarah Palin got caught napping on perhaps the key facet of the Bush administration's foreign policy. 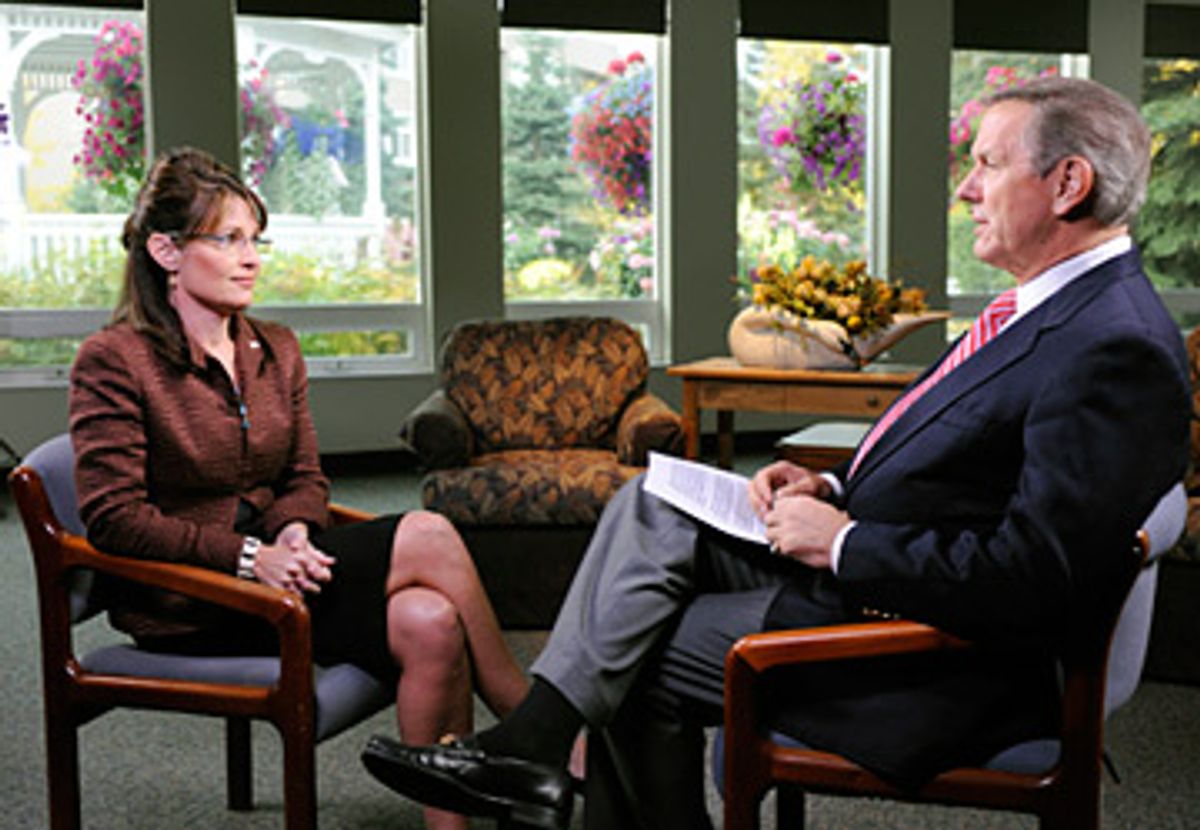 Well, for all the work that the McCain team did preparing Sarah Palin for her interview with ABC News' Charlie Gibson, they seem to have forgotten something rather important -- like, say, what is probably the key to the Bush administration's foreign policy, not to mention the decision to invade Iraq.

When questioned, it turned out that Palin quite clearly didn't know what the Bush Doctrine is. She tried to cover up and to get Gibson to give her more detail on what exactly he was asking, but to his credit, he saw the ploy and didn't go along. Here's the exchange:


GIBSON: Do you agree with the Bush Doctrine?

PALIN: In what respect, Charlie?

GIBSON: Bush -- What do you interpret it to be?

PALIN: I believe that what President Bush has attempted to do is rid this world of Islamic extremism, terrorists who are hellbent on destroying our nation. There have been blunders along the way, though...

PALIN: Charlie, if there is legitimate and enough intelligence that tells us that a strike is imminent against the American people, we have every right to defend our country.