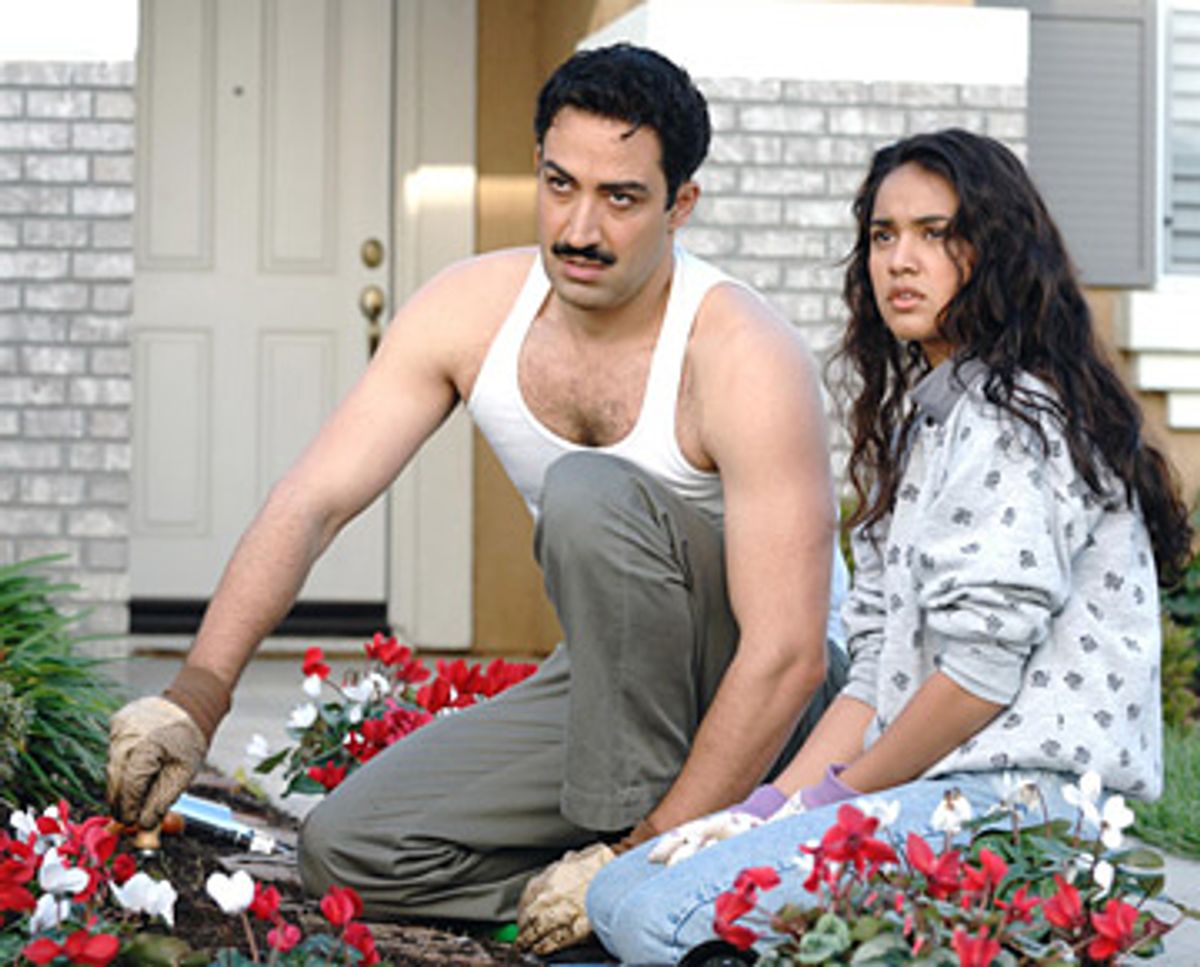 I first wrote about "Towelhead," the film-directing debut of "Six Feet Under" impresario Alan Ball, last January at Sundance, before it became clear that Ball's energies were focused on a new prime-time HBO series featuring hot young vampires. Now that "True Blood" has reached Ball's core upper-middle HD-cable audience, "Towelhead" looks even more like a noble but ultimately minor detour -- the agreeable but overly formulaic young-adult novel tossed off by an author of epic-scale melodramas.

"Towelhead" is of course adapted from a novel, a quasi-autobiographical coming-of-age narrative by Alicia Erian, who, like her heroine Jasira Maroun (played in the film by the appealing Summer Bishil), was once a biracial Arab-American teen in suburban Texas, circa 1991. It's a fascinating social setting, no question, and one in which I think Ball sees our current polycultural society -- the Palin vs. Obama society, you could say -- in embryo. With President George H.W. Bush about to launch the first Gulf War against Saddam Hussein's Iraqi regime, Jasira and her father, Rifat (Peter Macdissi, in the film's standout performance), face an atmosphere of intense anti-Arab bigotry. But Rifat hardly fits the stereotype; he's an aristocratic Lebanese Christian who never seems to go anywhere without a suit, and is certainly more politically conservative and morally puritanical than Travis (Aaron Eckhart), the xenophobic Army reservist next door.

Jasira dates an African-American kid from her high school, much to her father's displeasure, and is gradually drawn into a creepy, manipulative relationship with Travis, who both turns her on and makes her immensely uncomfortable. Ball certainly tries to handle all this with subtlety and dignity; the sex scenes are shocking without being explicit, and the characters' motivations are complicated. There's no question that Travis takes advantage of Jasira's innocent desires, but she feels them nonetheless. Like molesters in the real world, Travis is internally conflicted: He feels genuine affection for Jasira, and does not pretend that having sex with her is healthy or acceptable. He simply can't stop himself, or at any rate he doesn't.

Throw in the nosy hippie-mom neighbor (Toni Collette) who becomes Jasira's self-appointed defender against both her father and Travis, and it sure sounds like an Alan Ball soap-opera plot. But much as I applaud Ball's desire to escape from the angst-ridden, middle-class world of "Six Feet Under," there's something drab, dogmatic and earnest about the world of "Towelhead." By focusing on a straightforward, linear narrative with a young and unsophisticated central character, Ball is almost deliberately avoiding his strengths. He's a creator of ensemble drama and a spelunker into the soul of the privileged classes, who never feels remotely at ease with this story of female sexual awakening in the insta-sprawl of the '90s.

When Collette's character finally manages to cram most of the film's characters into her Rice Dream-and-herbal tea household for a series of collisions that will determine Jasira's future, Ball is finally in his element. He's a dramatic supercollider: Give him a gay leather boy and a right-wing Christian (or, better still, a Christian leather boy and a right-wing homo) and he'll have them sharing a doobie, a round of folk songs and a platter of fresh-baked tollhouse cookies inside 15 minutes. This third-act redemption raises "Towelhead" several notches, but it still ends up feeling like a well-acted and well-intentioned after-school special, a long way from the vividness and texture of Ball's television work.

"Towelhead" opens Sept. 12 in most major cities, with wider release to follow.