She poses as a fiscal watchdog, but when Palin was mayor, she grabbed city funds to give her office a pricey "bordello" makeover. 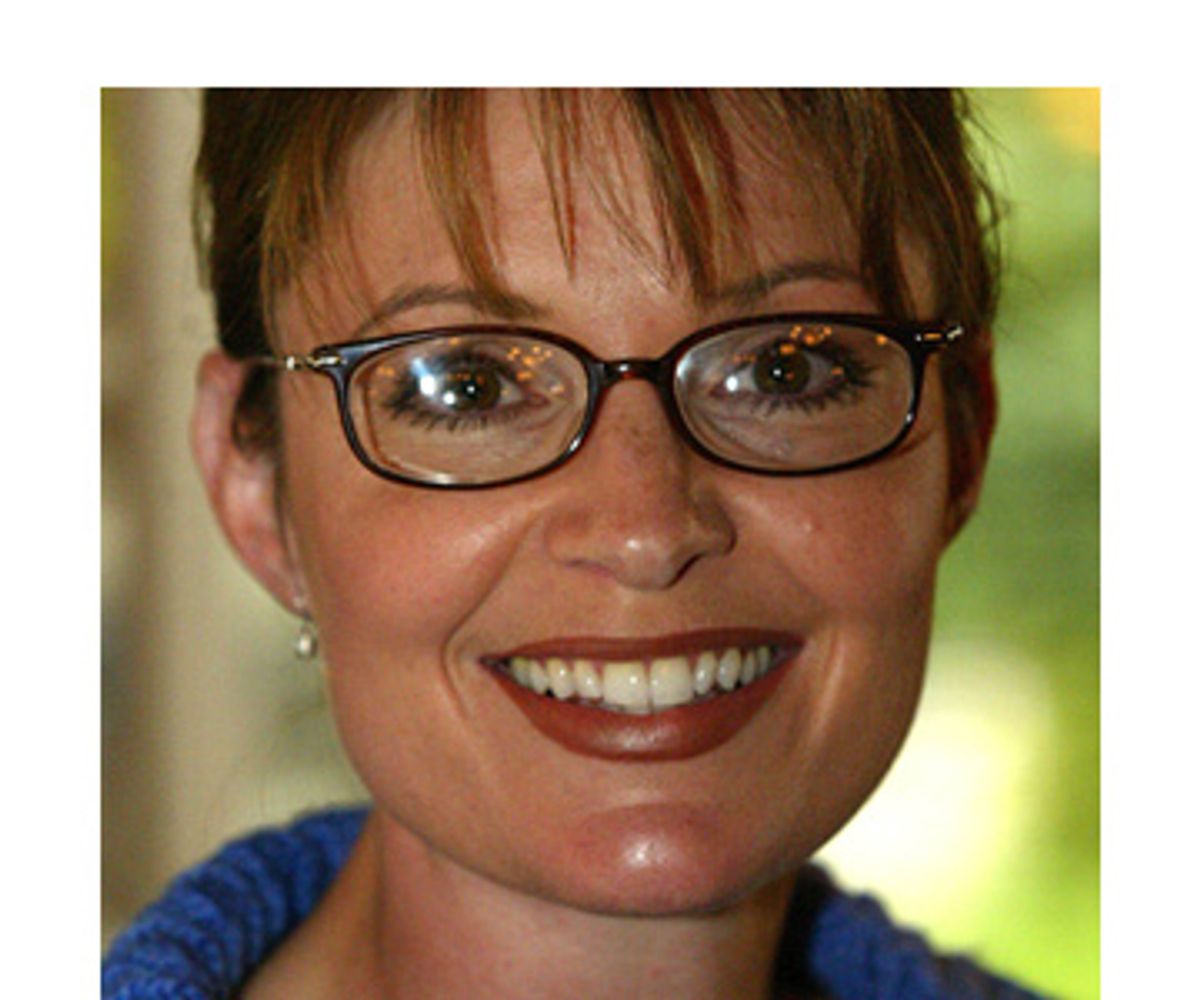 Sarah Palin has been touting herself as fiscal watchdog throughout her political career. But Palin's tenure as mayor of Wasilla, Alaska, was characterized by waste, cronyism and incompetence, according to government officials in the Matanuska Valley, where she began her fairy-tale political rise.

"Executive abilities? She doesn't have any," said former Wasilla City Council member Nick Carney, who selected and groomed Palin for her first political race in 1992 and served with her after her election to the City Council.

Four years later, the ambitious Palin won the Wasilla mayor's office -- after scorching the "tax and spend mentality" of her incumbent opponent. But Carney, Palin's estranged former mentor, and others in city hall were astounded when they found out about a lavish expenditure of Palin's own after her 1996 election. According to Carney, the newly elected mayor spent more than $50,000 in city funds to redecorate her office, without the council's authorization.

"I thought it was an outrageous expense, especially for someone who had run as a budget cutter," said Carney. "It was also illegal, because Sarah had not received the council's approval."

According to Carney, Palin's office makeover included flocked, red wallpaper. "It looked like a bordello."

Although Carney says he no longer has documentation of the expenditures, in his recollection Palin paid for the office face-lift with money from a city highway fund that was used to plow snow, grade roads and fill potholes -- essential municipal services, particularly in weather-battered Alaska.

Carney confronted Mayor Palin at a City Council hearing, and was shocked by her response.

"I braced her about it," he said. "I told her it was against the law to make such a large expenditure without the council taking a vote. She said, 'I'm the mayor, I can do whatever I want until the courts tell me I can't.'"

"I'll never forget it -- it's one of the few times in my life I've been speechless," Carney added. "It would have been easier for her to finesse it. She had the votes on the council by then, she controlled it. But she just pushed forward. That's Sarah. She just has no respect for rules and regulations."

Carney, who comes from a long-established homesteading family in the area and once ran the city's garbage collection business, has decided to speak out for the first time since Palin's vice-presidential nomination. He is viewed as a longtime Palin gadfly, ever since he sided with her opponent in the 1996 mayor's race. After Palin won, she froze out Carney, refusing to call on him at City Council meetings and deep-sixing his proposals. "That's the way Sarah is," Carney said. "She rewards friends and cuts everyone else off at the knees."

Other local officials -- who lack Carney's acrimonious history with Palin -- share his dim view of her mayoral reign. When Palin ran for mayor, she dismissed concerns about her lack of managerial expertise by saying the job was "not rocket science." But after a tumultuous start, marked by controversial firings and lawsuits against the city, Palin felt compelled to hire a city manager named John Cramer to steady the ship.

"Sarah was unprepared to be mayor -- it was John Cramer who actually ran the city," said Michelle Church, a member of the Mat-Su Borough Assembly, who knows Palin socially. "As vice-president she'll certainly have to rely on faceless advisors with no public accountability. Haven't we had enough of that in the past eight years?"

Other officials in the borough government -- the equivalent of county government in other states -- point out that Palin actually had very little executive responsibility, since the borough oversees many of Wasilla's vital functions.

"After all her boasting about her executive experience, what did she do?" asks a longtime borough official, who, like many in local circles, requested anonymity because of Palin's reputation for vengeance. "The borough takes care of most of the planning, the fire, the ambulance, collecting the property taxes. And on top of that she brought in a city manager to actually run the city day to day. So what executive experience did she have as mayor?"

Palin does have two major accomplishments to her name as mayor: the by now highly publicized sports complex on the outskirts of Wasilla, which she pushed through city government, and the less well-known emergency dispatch center, which she also brought to her hometown.

The sports complex, however, is seen by many local officials as a budget-busting white elephant.

"I feel sorry for our current mayor, because of the mess that Sarah left behind," said Anne Kilkenny, a respected government watchdog in Wasilla. "And the sports arena is still a money loser for the city."

"Sarah was very focused on the sports complex," said Wasilla council member Dianne Woodruff, who began serving after Palin's tenure. "But somebody forgot to buy the land before they started building on it. Somebody dropped the ball. It was the fault of the people running the city at the time. As a result, we've spent well over a million dollars more than we should have. And we're still paying for it."

Today, the sports complex sits like a huge airplane hangar outside the Wasilla city limits, in a clearing in the woods. Since Palin's administration decided to build the complex far from Wasilla's population center, kids can't walk there or ride their bicycles. On a recent, drizzly afternoon, the cavernous building sat nearly empty. Inside, two girls glided aimlessly around on the ice rink.

Local officials are also highly critical of Palin's decision to build an emergency dispatch center -- even though Wasilla and nearby Palmer already shared the costs of an emergency operation for the Mat-Su Valley. As a result of the duplication, there are now two expensive operations for an area with 85,000 people, while the city of Anchorage, with a population of over 300,000, makes do with one emergency station.

"Don't tell me about earmarks," snorts a borough official. "Because of Palin's ego, she couldn't stand the idea of sharing an emergency dispatch operation with Palmer, which has been Wasilla's town rival ever since her high school basketball days. So she ran to [Senator] Ted Stevens to get an earmark for her own system. Now we have two expensive emergency systems and both are losing money. She's no budget cutter -- give me a break. She's just the opposite."

Nick Carney, who is now retired in Utah, has a lot of time to ponder Sarah Palin's rise these days. When he and his wife picked Palin to run for City Council in 1992, because they felt the council needed an average-mom type like her, Carney had no idea how far their protégé would soar. "It was a very casual process, she wasn't even our first choice. We had known her since she was a girl, she went to school with our daughter. It wasn't that she was the brightest thing on the horizon, a rising star or anything like that."

But, in hindsight, Carney can see the qualities that have rocket-propelled Palin to where she is today.

"'Sarah Barracuda' -- she's proud of that name now, she uses it in her campaigns," said her former mentor. "But she got that name from the way she conducted herself with her own teammates. She was vicious to the other girls, always playing up to the coach and pointing out when the other girls made mistakes. She was the coach's favorite and he gave her more playing time than her skills warranted. My niece was on her team; she was a very good player. I used to sit there in the stands, and I would wonder, Why on earth is Sarah getting so much playing time?"