Coppola, Spielberg, Hammer Films and you

News roundup: I'm back, and so is New York's oh-so-cultured fall fest. Plus: Coppola's controversial "restoration," Hammer Films reborn, and 12 movies you haven't seen (but should have). 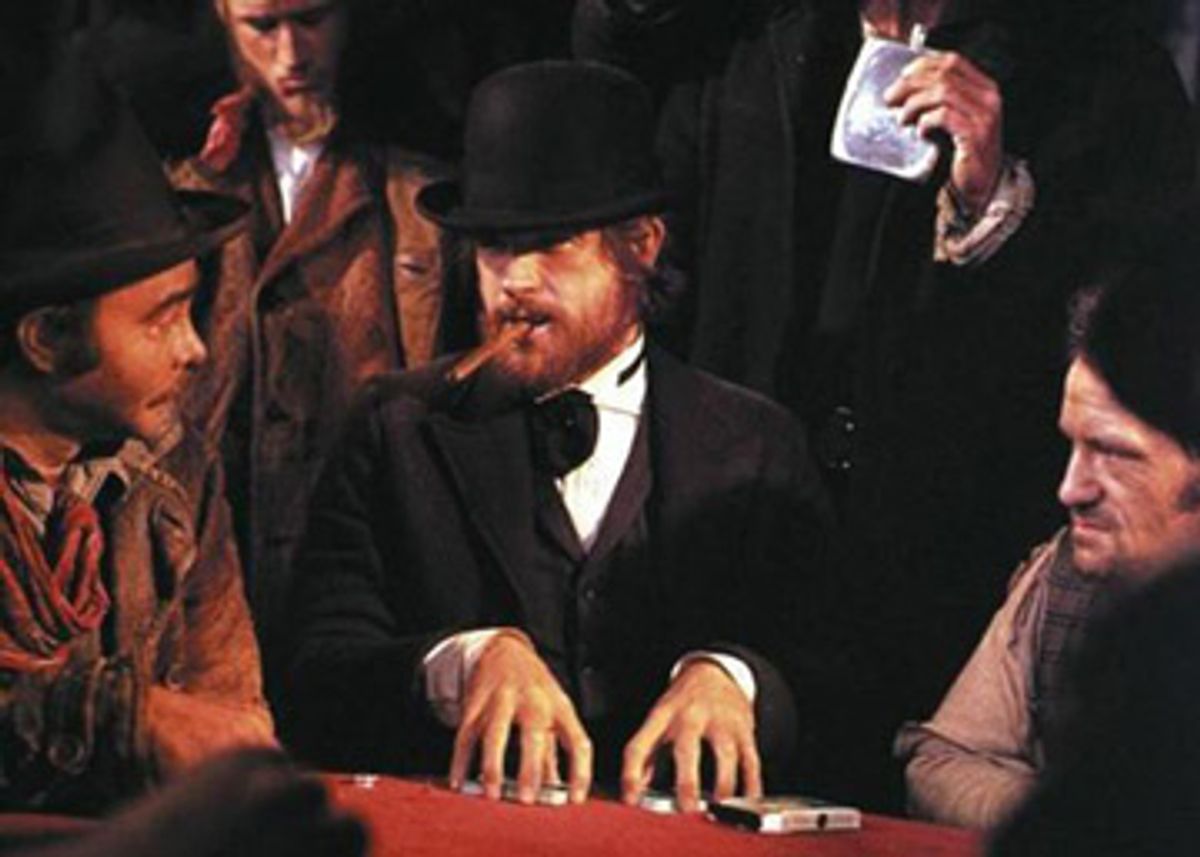 A scene from Robert Altman's "McCabe and Mrs. Miller" -- high on the list of embarrassing holes in my movie-watching résumé.

I'm back from vacation, I know you're excited. I went tidepooling with my kids and pretty much had the computer turned off -- was there some big news in the business pages or something? Maybe I shouldn't have sold all those millions of Morgan and Lehman shares the day I left. What a big uproar!

I'm crazy-busy this next couple of weeks with the 46th edition of the New York Film Festival, that creakily lovable high-cultcha institution that kicks off the fall movie season in thoroughly anachronistic style. Full preview and loads of updates to come.

Just a few tidbits before I dash over to Lincoln Center: I have yet to weigh in on the new HD-ready "Coppola Restoration" of the "Godfather" trilogy -- possibly the most-anticipated DVD in the medium's brief history -- but blogger/critic Glenn Kenny has been busy studying it, and has multiple reports.

Glenn and the blogger Filmbrain have also been busy cataloging 12 films they haven't seen but wish they had. Trust me, if and when my turn comes the list will be far more embarrassing. Frankly, I think listing stuff like Robert Downey Sr.'s "Sweet Smell of Sex" or Penelope Spheeris' "Uncle Tom's Fairy Tales" is pushing into a different, can-you-top-this category. I mean, those are close to unseeable. Whereas my list will include movies by Fellini and Altman, which I could easily see but continue not to as an obscure point of pride. That's all you get for now.

Yeah, yeah, Steven Spielberg and DreamWorks got a new kajillion-dollar deal from the Indian financiers at Reliance ADA Group, and it's a new era in the globalization of entertainment. Yada yada. I'm more excited about the rebirth of Hammer Films, the legendary '60s-'70s British horror outfit that's been disinterred with Dutch financing for David Keating's creepy-sounding "The Wake Wood," in production now for fall 2009 release.