Senators go on the bailout warpath

At a historic Senate hearing, Democrats and Republicans rip into the Paulson plan. But Ben Bernanke remains firm: Don't punish the bad guys. 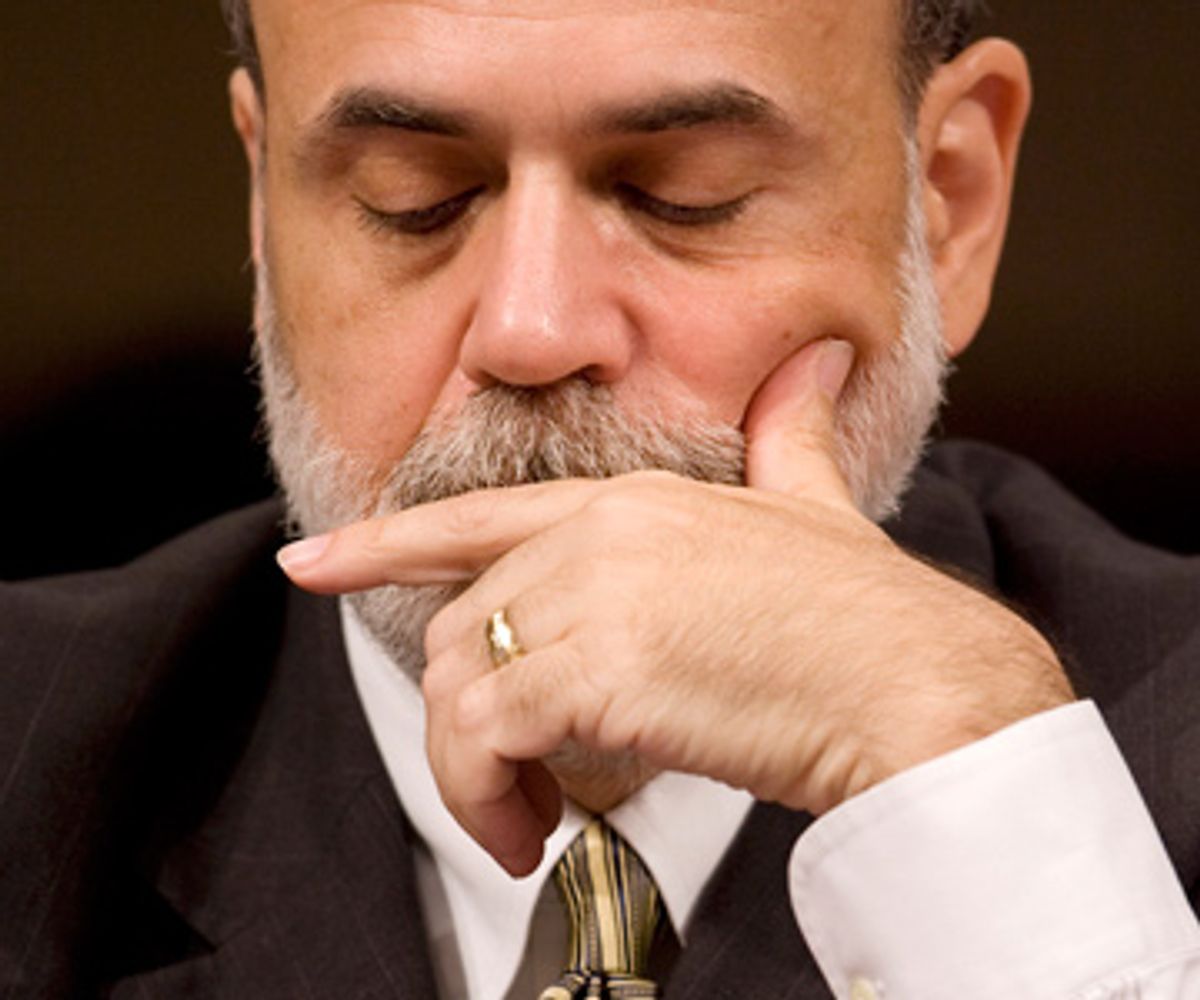 You know we live in strange times when even Jim Bunning, the Republican senator from Kentucky who is known for regular outbursts of barely rational intemperateness, starts to make sense. In his opening statement at the Senate Banking Committee hearing held Tuesday morning to discuss the Paulson bailout plan, Bunning declared, "This massive bailout is not a solution. It is a financial socialism and it's un-American."

You know what? He's got a point.

So here's how to create bipartisan unity in Washington. Screw up so badly that both Republicans and Democrats become equally enraged. There was plenty of grandstanding during the opening moments of the hearing -- a meeting the ranking Republican on the committee, Alabama's Richard Shelby, called "the most important hearing that this committee has conducted, at least in the 22 years I've been here" -- but there was also plenty of anger.

In his opening statement, Committee chair Christopher Dodd declared the Paulson plan "stunning and unprecedented in its scope and lack of detail," giving the Treasury secretary unprecedented power to intervene in the economy, but without doing anything "to help a single family save a home," or "to stop the very authors of this calamity to walk away with bonuses and golden parachutes worth millions of dollars."

"After reading this proposal, I can only conclude that it is not just our economy that is at risk, but our Constitution as well."

As earlier as July of 2003, here at the Banking Committee, I asked Chairman Greenspan, then chairman of Federal Reserve, whether he was concerned about the growing number of loans to borrowers with weak credit histories and the number of homeowners who spent more than 50 percent of their income on housing.

I also asked him if he was concerned whether an economic downturn could lead to an increasing -- lead to increasing delinquencies and foreclosures. Chairman Greenspan, at this very committee, assured us that increasing home prices provided an equity cushion for mortgagors, and that lending to such borrowers would pose, quote, "a rather small risk to the mortgage market and the economy as a whole."

As recently as March of this year, Vice Chairman of the Federal Reserve Kohn, in testifying before this very committee, assured us that the banking system was, and I'll quote his words, "sound overall condition," and that losses, quote, "should not threaten their viability."

Now, we now know that was not the case.

But if either senator expected Treasury Secretary Paulson or Federal Reserve chairman Ben Bernanke to roll over, there was little sign of it in the opening statements from the two men. Bernanke, in particular, rejected the idea of punishing any malefactors.

We cannot impose punitive measures on the institutions that choose to sell assets. That would eliminate or strongly reduce participation and cause the program to fail?

Really? When the choice is bankruptcy or a government spanking, does Bernanke really think Wall Street executives will opt out of the government rescue plan?