McCain is suspending his campaign to work on bailout

The Republican presidential nominee announces that he's putting his campaign on hold -- and asks that the first debate be delayed. 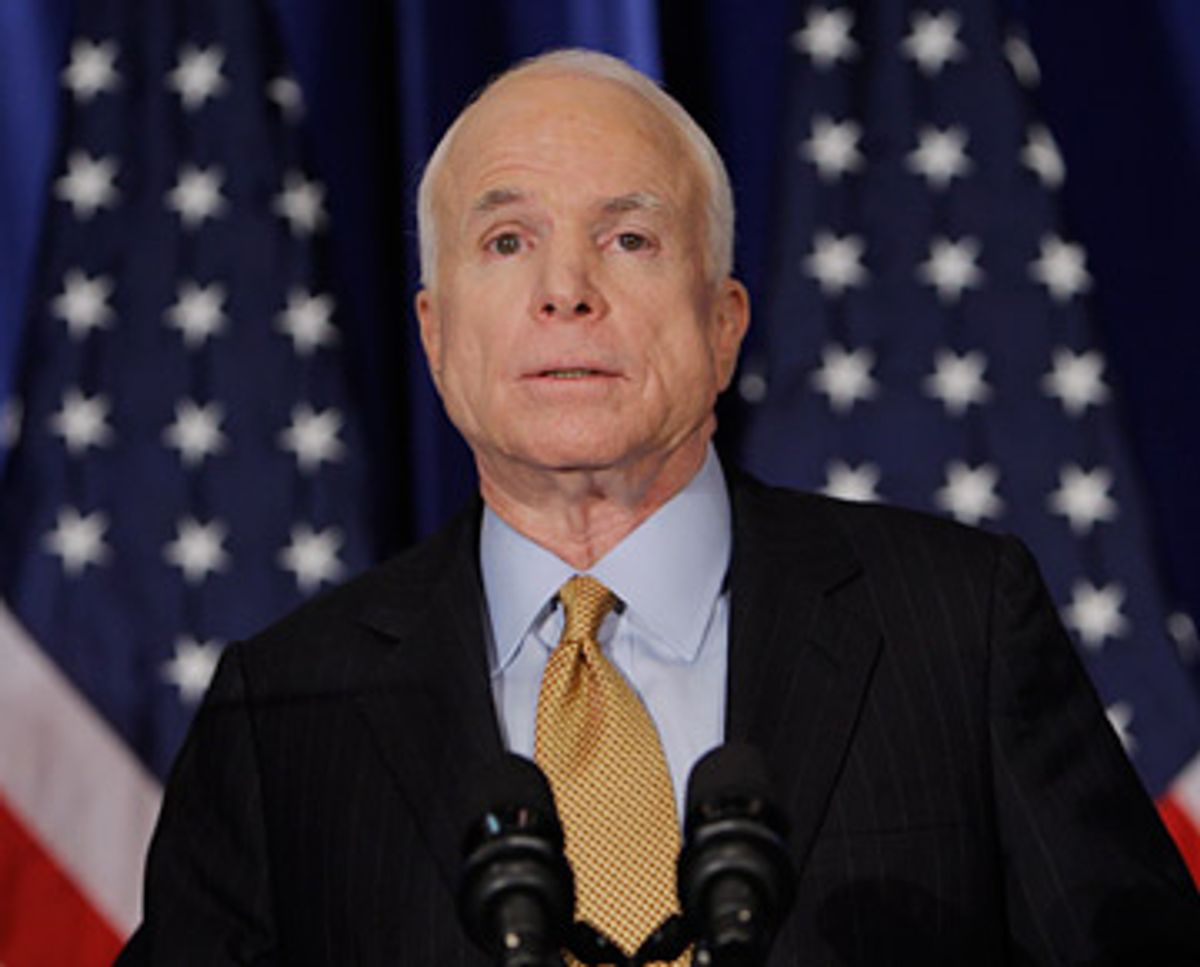 Sen. John McCain announces he is suspending his campaign because of the economic crisis, Sept. 24.

John McCain announced Wednesday that he plans to suspend his campaign and return to Washington to work on a deal for an economic bailout. He's also asking that the first debate between himself and Barack Obama, scheduled for Friday night, be postponed.

In a statement, McCain explained his decision using his familiar message of bipartisanship. "I am confident that before the markets open on Monday we can achieve consensus on legislation that will stabilize our financial markets, protect taxpayers and homeowners, and earn the confidence of the American people, McCain said, continuing:


All we must do to achieve this is temporarily set politics aside, and I am committed to doing so.

Following September 11th, our national leaders came together at a time of crisis. We must show that kind of patriotism now. Americans across our country lament the fact that partisan divisions in Washington have prevented us from addressing our national challenges. Now is our chance to come together to prove that Washington is once again capable of leading this country.

Thus far, the only official response from the Obama campaign is a short statement from spokesman Bill Burton:


At 8:30 this morning, Senator Obama called Senator McCain to ask him if he would join in issuing a joint statement outlining their shared principles and conditions for the Treasury proposal and urging Congress and the White House to act in a bipartisan manner to pass such a proposal. At 2:30 this afternoon, Senator McCain returned Senator Obama's call and agreed to join him in issuing such a statement. The two campaigns are currently working together on the details.

The timing of this move is interesting. Negotiations on a bailout plan have been ongoing, and there's been no breakdown in talks that would force McCain's hand. The catalyst for this may have been polling numbers from the past few days, which show Obama reclaiming the momentum as the candidate voters prefer to deal with the economy. At the moment, this looks like it could be similar to the Sarah Palin pick -- a gamble that the McCain camp hopes will shift the dynamic of the race.