The president has to explain to a country that distrusts him why they should support the greatest bailout of Wall Street fat cats, ever. 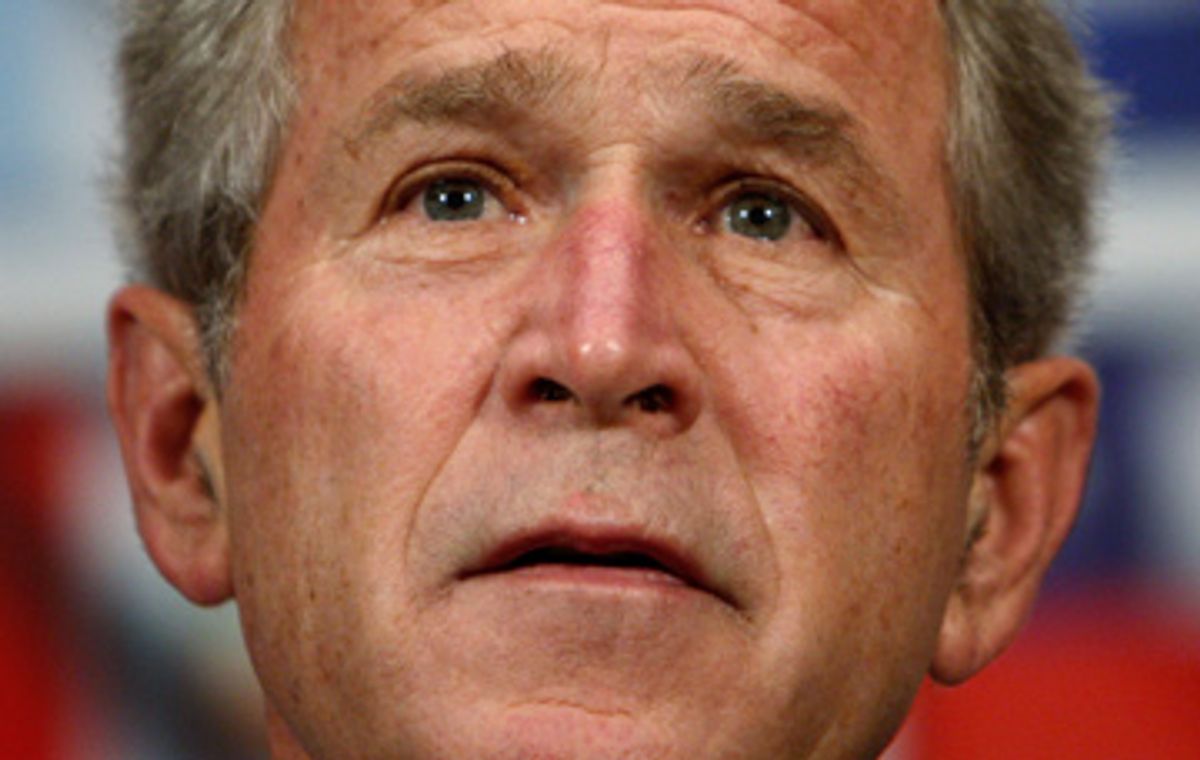 At 9 p.m EST Wednesday, President George Bush will face one of his greatest challenges. He will attempt to explain to a nation profoundly disenchanted with his leadership why they should support his administration's plan to spend as much as $700 billion bailing out Wall Street financial institutions.

In the best of times, this would be a hard sell. But when only 30 percent of the country approves of your job performance, and significant factions of your own party are outraged because government intervention in the economy on such a scale goes against their core free-market beliefs, the obstacles become huge. When you combine those factors with the challenge of explaining the vast complexity of the problem at hand -- the mind-boggling inter-linkages that have bound the fate of the global economy to the rise and fall of the American housing market -- the prospect becomes even more daunting.

White House press secretary Dana Perino says, "Everyone will tune in tonight because we are facing a once-in-a-century crisis in our financial markets." Maybe so, though I'll bet the McCain campaign is hoping otherwise. How better to underline the responsibility of the Republican Party for the current mess than to have the president of the United States telling the entire nation that things are so bad, so very very bad that we must increase the national debt to the highest level, in terms of percentage of GDP, since 1954, when we were paying down our World War II debts?

The roots of the current mess go back long before George Bush became president, but there is no escaping the rebuke that the crisis delivers to the trust-the-market ideology that his party wears more proudly than a flag pin. It has happened on his watch, and no matter what he says tonight, the next president is going to have an awful, awful time cleaning it up.