Obama suggests McCain at fault for snag in negotiations

In an interview with CBS, Barack Obama implies presidential politics got in the way of an agreement. 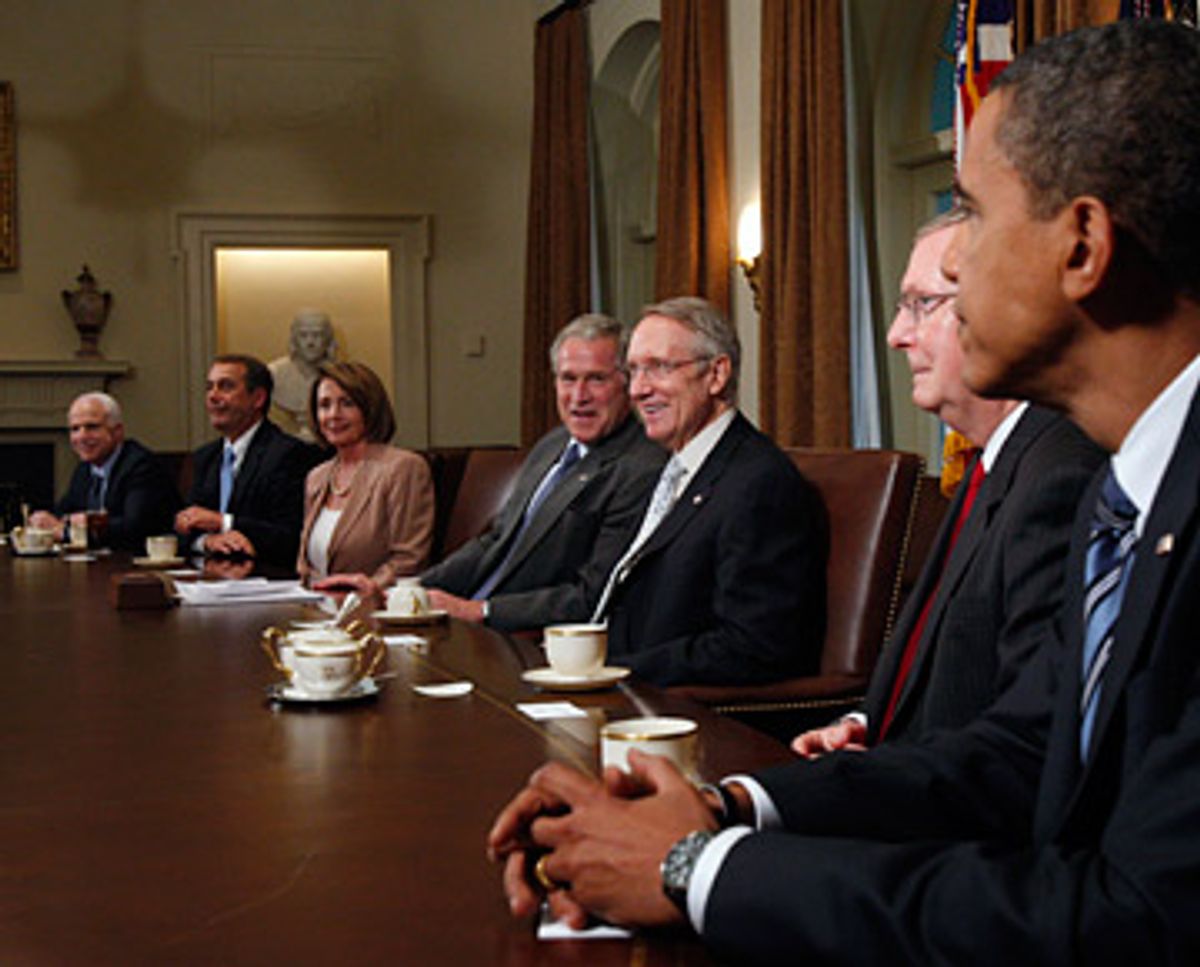 Both major-party presidential candidates appeared on CBS News for brief interviews with Katie Couric Thursday night. Barack Obama was up first, and he took the opportunity to land what seemed to be a strong jab against John McCain.

At one point, Couric asked him whether he still thinks, as he said Wednesday, that it was a bad idea for the presidential candidates to have gotten involved in the negotiations "Do you think it was worth your time coming to Washington?" Couric said.


It's important not to inject presidential politics into this. My preference is to use the phone, and to talk to people and work with them, including [Treasury Secretary Henry] Paulson, [Federal Reserve chairman Ben] Bernanke and others, in a way that's not a photo op, because I think sometimes that prevents things from getting done. It's amazing what you can get done when you're not looking to try to get credit for it.

Obama also made similar comments in an interview with NBC News.