The four-time National Magazine Award winner talks about capturing the story of sport's most crucial time, just before the game starts. 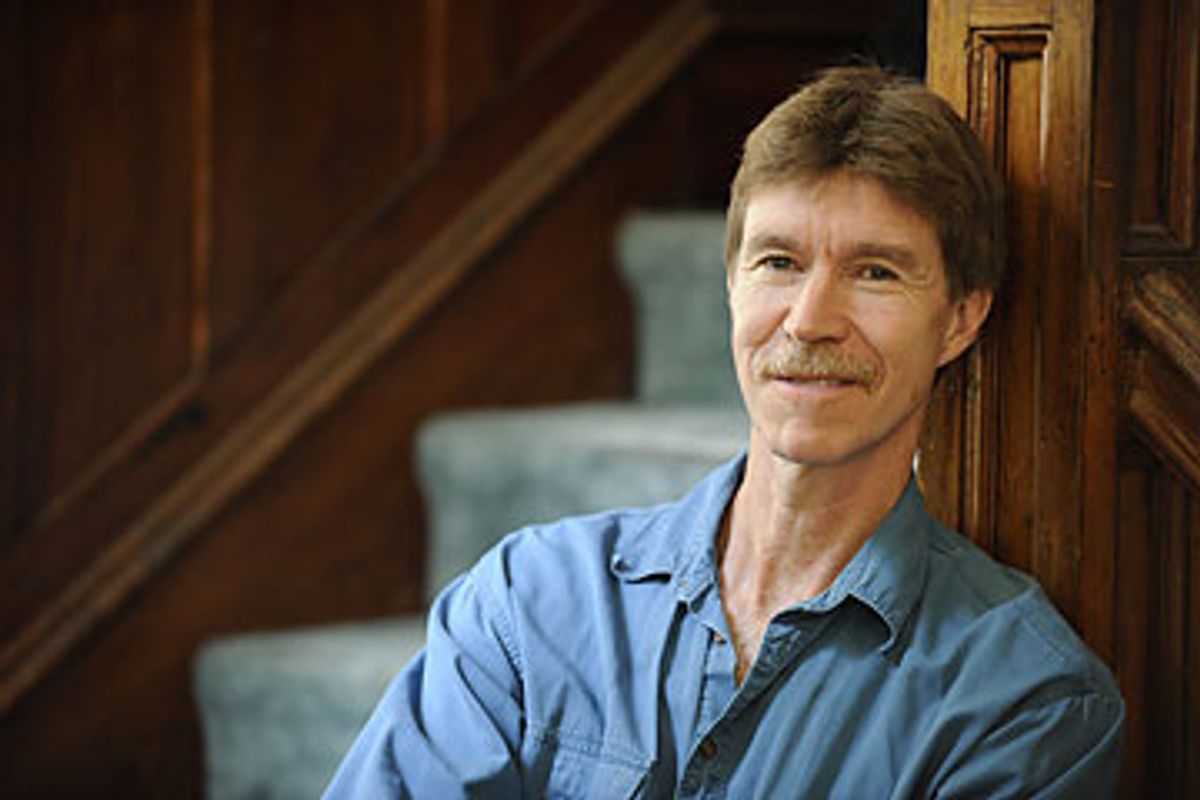 Listen to the interview with Gary Smith

Gary Smith is Sports Illustrated's heavy hitter. Four times a year, he delivers a piece of long-form journalism about sports, although as often as not his pieces are about the world outside of sports, but close by. "Beyond the Game,"

his first collection of these stories was called.

He's still going beyond the game.

A 1996 story about a young Tiger Woods isn't so much about golf as it is about a young genius and his relationships, to the father who brought him this far and the world that awaits him. A story about Smith going to a high school football game with his son right after 9/11 isn't so much about high school football or 9/11 or even his son. It's about where sports fit in a person's life. See what I mean?

"Beyond the Game" and now "Going Deep." And that's it. There's no shelf of Gary Smith books. He's a magazine writer. And he's probably the best in the business. Not the sports business. The magazine business. He has won four National Magazine Awards, the mag equivalent to the Pulitzer Prize. Nobody else has won as many.

His genre's getting a little archaic. Pieces two and a half months in the making and 8,000 words in the reading might seem out of step in our age of instant analysis by 500-word blog post. But it's never a waste of time to slow down and let Smith, 54, draw you into a story. That's his trademark, an invitation to the reader, often by direct address, often in the form of a rhetorical question.

We spoke by phone, Smith calling from home in Charleston, S.C. Come on in and listen to him talk. You hear Philly? He's from Wilmington, Del., went to college at La Salle and got his start writing sports for his hometown News-Journal and the Philadelphia Daily News. Hear a little drawl? He says nobody's ever mentioned it before, but you might get a whiff of what two decades of living in South Carolina can do to certain vowel sounds.

You know, it's a feel. One of the parameters was we wanted to get the four stories that won National Magazine Awards in there, and then the three that either a movie's been done about or the rights have been bought for and are supposed to be done about. And then just kind of from there looking at a mix of some people that you really know, or think you know, and then people you never heard of, and just kind of go on a trail you never might have expected yourself to.

It's interesting how it goes back and forth from Tiger Woods and Muhammad Ali, the biggest people in the world, and these people on the fringes of sports. I'm wondering which you like writing about better.

Usually it works out best with the unknown people because most of all they give you much more time and access. It's quite rare to get a celebrity to give you the kind of access and time to do what I do.

There's a theme you keep coming back to that I really like, which is that moment before the game. That TCU photograph that takes up the inside of the dust cover, the TCU football team about 15 minutes before the start of a Cotton Bowl game against Jim Brown and Syracuse. The piece itself is a meditation on that moment. And you keep coming back to that. You come back to it in the story about taking your son to a high school football game, Jimmy Valvano drinking in that moment before a game. I'm wondering, what is it about that moment, and is that moment even more important in sports than what I call "the ball going through the basket"?

Yeah, I think it is, and I think a lot of people who have been in athletics of any kind feel that way too. So much is about how you're prepared in your head, or your fears in your head. What's running through your mind before you walk out there. The ante just gets raised higher and higher the higher the stakes are. So it's just things about yourself that you know or don't know, in a way, that come into play in pressure situations. So yeah, I think it's very important.

This might be a strange question, but do you feel that way as a writer? Do you have that moment as a writer?

Oh, there's definite discomfort when it's not coming together in your head and you can't quite get how you either want to make the first words fall into a rhythm or just the idea of what's going to crystallize how you're going to start the story. Yeah, that can be a quite uncomfortable time.

I had a story that I was writing for this magazine years ago, and it was when Salon was having a lot of troubles and nobody's job was safe, and I was about to ask my boss for something kind of big. I had a big story that I needed to write that day, and I kind of had it in my mind that if this story was really good I had a pretty good chance of the boss saying yes, and if it wasn't I'd have a pretty good chance of needing to get my résumé out. I remember walking to work that day and kind of feeling like a starting pitcher, or a boxer before a match, trying to kind of quiet my mind.

So the question is, these are lessons I had taken from sports without even realizing it until that day. Are there any lessons like that that you've pulled out of all this, that you've put in your own life? Beyond the obvious, like "try really hard."

I guess the No. 1 thing is trust yourself. I described it as discomfort when you can't find the words or the way into the story. The discomfort is less than it was years ago because I trust that something's going to come here. Just relax, keep chewing and chewing here. That feeling of much more self-trust is probably the biggest difference, and I'm sure that's what an athlete wants to have in his head before he walks into the arena.

But a lot of that comes with time, and for so many athletes, it's such a short flameout, it's like a mayfly's life span. And for them to reach that point of self-trust, it's really a precious few, when you look at the number of people who want to be athletes, how many had the time to develop that in that short of a life span. Fortunately in writing I've had the luxury of more time to develop that feeling.

You're pretty accomplished as a long-form magazine writer. You're kind of "the guy." Do you ever think, "Maybe I'm complacent here. Maybe I should be writing books or movies, something where I don't have that confidence"?

Yeah, I've put my hand at, done some fiction on the side. I don't think it's good enough yet to do anything with, but I've hammered away at that. I've played around with a screenplay. So it's not a matter of not exploring different forms. Decent chance I will, at some point. At this point I've just been enjoying this so much. I'm kind of waiting for the moment to feel like I don't like doing this. Each story feels new and different, so I've kind of trusted that feeling. But I'm open to other possibilities down the road at some point. Who knows.

Is that why there hasn't been a dozen of these stories that have grown -- I mean, you're a third of the way to making this a book, or a fifth of the way, whatever it is. Is that why there's not a dozen Gary Smith books?

There's been a number of times there's been interest in turning it into a book. I always just kind of hesitate before doing it. Not because -- really, I feel like I could do that. I have so much information sometimes -- it wouldn't take that much more gathering to have enough to turn it into a book. But there's a real feeling of, "So, I'm going to spend the next year and a half doing something that I've already thought through and really chewed on and then found a way to compress into this form, and now I'm just going to expand it basically?"

It doesn't feel like there'd be enough new adventure, enough new learning in it for me. That's something that is important to me, finding a way to kind of grow with each one of these things.

To hear more of this interview, including Smith describing his techniques for reporting and writing stories, listen to the audio podcast.