In opening statements, it's all about domestic issues as McCain plays the Kennedy card, and Obama criticizes McCain. 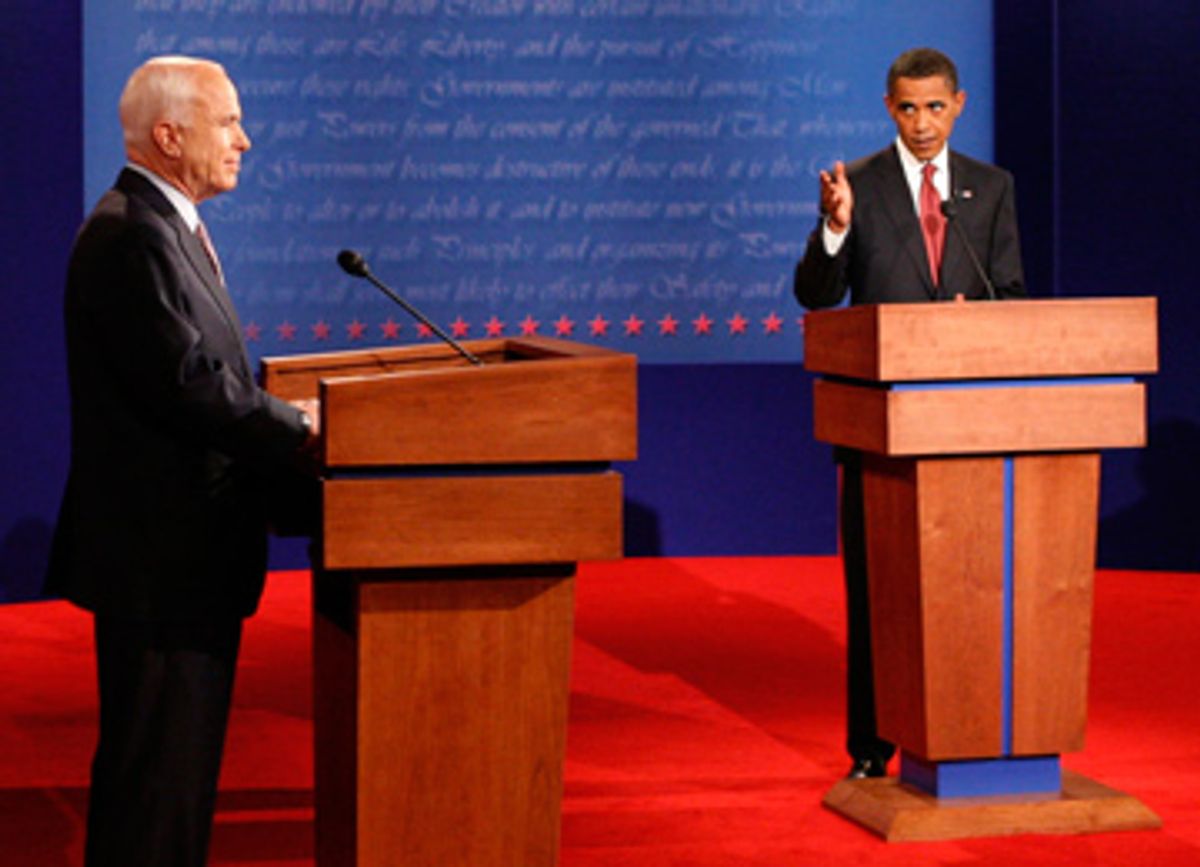 1. Obama is strong on camera focus -- he's got the lens in his sights. Solid nonverbally. McCain looks rested and ready, despite the shenanigans of past 48 hours.

2. Both clearly anticipated an immediate discussion of bailout and financial-economic situation, and had set pieces ready to go.

3. Obama is going right after deregulation as a failed philosophy. McCain is trying to say he warned about corporate excesses.

4. What's up with McCain dropping Eisenhower on us? Because, you know, 1941 is highly relevant to what's going on today and the firing of the chairman of the SEC. Just like my dad's birth certificate from 1941 is highly relevant to my recent mortgage application. Man, this dude is like so living in the past. He totally wishes he was the 1948 Republican nominee. He might have won!

5. Obama is staying strong on economic philosophy and the bogus theories of conservatism. Working the "fundamentals of the economy are strong" talking point. It's like a shiv he needs to plunge and twist ... repeatedly.

6. Am I the only person in America completely sick of the "came to change Washington but Washington changed us" and his stupid bear DNA line? That works on the stump, not in a debate. Wrong format, Johnny.