Very few House members in either party who face competitive races to hold onto their seats voted to bail out Wall Street. 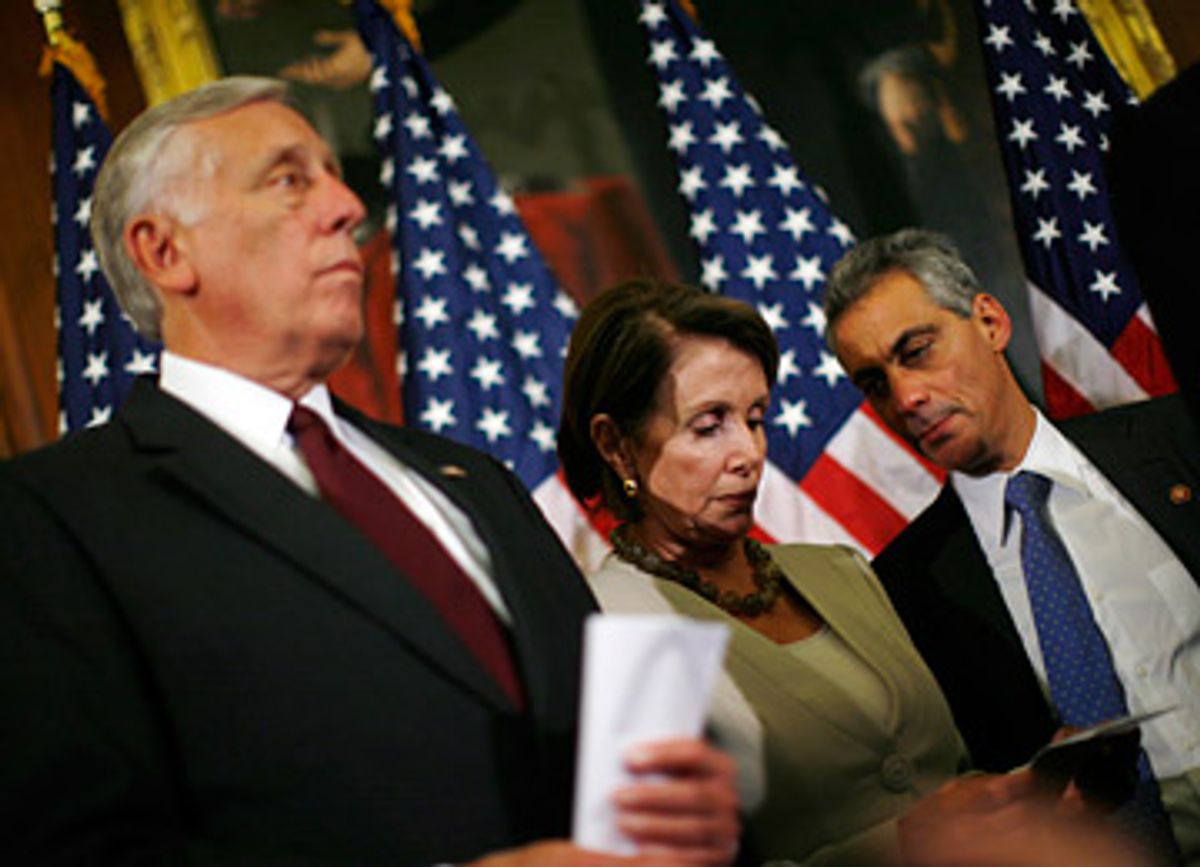 If you're an investment banker looking for someone to blame for the collapse of the Wall Street bailout, try this culprit: the voters.

A very useful analysis by Nate Silver's very useful blog FiveThirtyEight.com confirmed my hunch after a quick scan of the House vote against the bailout this afternoon -- almost everyone facing a tough reelection race voted no.

Only eight of the 38 members in competitive races Silver looked at backed the bailout -- or 21 percent. (Some observers would say there are more competitive races -- the Cook Political Report counts 54 -- but Silver used the races tracked by the Swing State Project blog.) That's even lower than the 32 percent support the plan got among House Republicans (or the 59 percent it got among Democrats). Five out of 18 vulnerable Democrats voted for the bill -- Jerry McNerney of California, Tim Mahoney of Florida, Jim Marshall of Georgia, Bill Foster of Illinois and Paul Kanjorski of Pennsylvania. Among vulnerable Republicans, only Chris Shays of Connecticut, Mark Kirk of Illinois and Jon Porter of Nevada voted yes.

Polling on the bailout has been inconsistent; depending on how questions are asked, you get different levels of support. It's more popular if you call it a "rescue plan" than a bailout, for instance. But clearly this flood of "no" votes among members trying to hang onto their jobs underscores some of the politics at play here. Spending $700 billion of taxpayer money on securities Wall Street cooked up to make huge profits doesn't seem like a winner at the ballot box on first glance -- apparently the people whose careers are on the line don't think it is, either.