Juliana Hatfield talks about her latest -- and possibly finest -- record, her frank new memoir, and life after being a Gen X It Girl 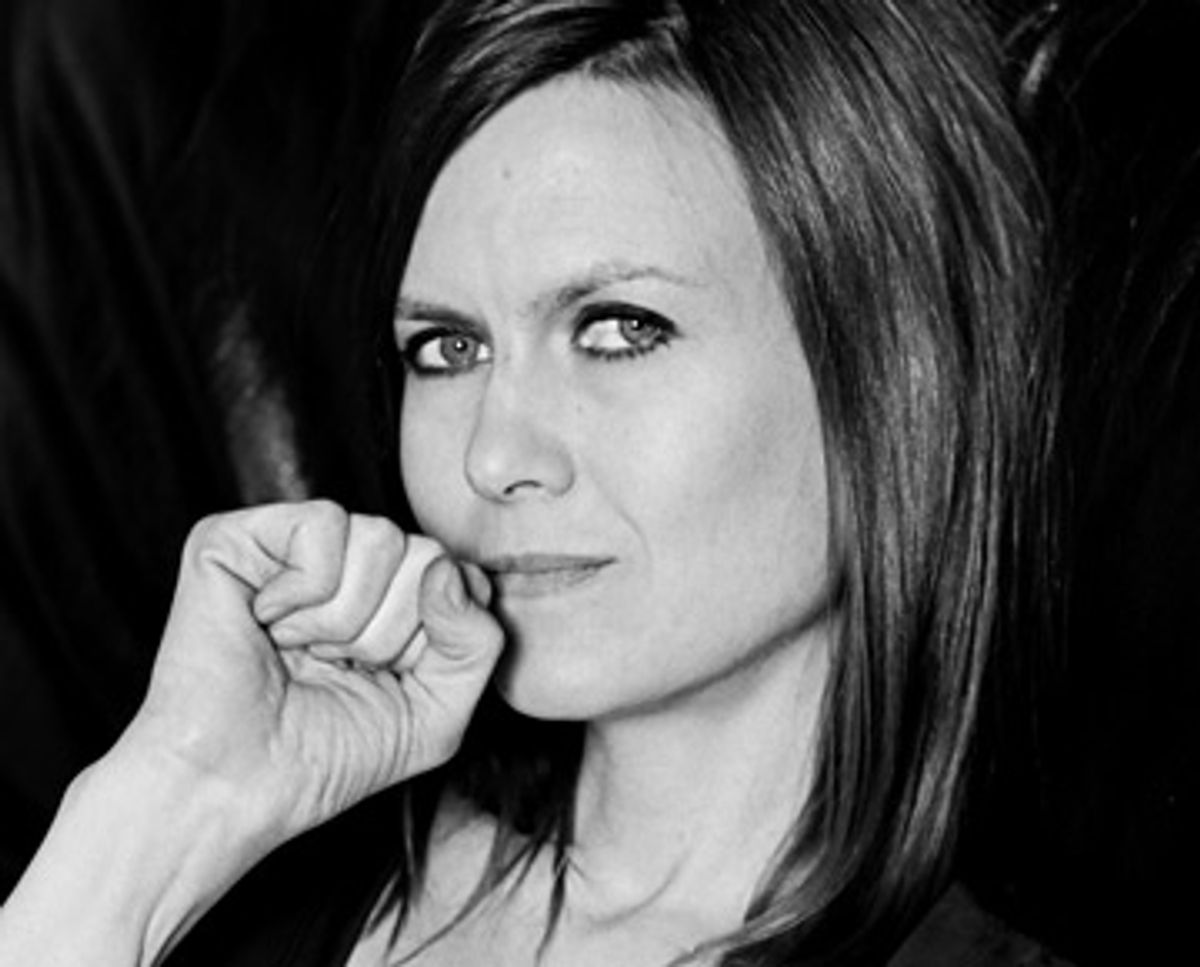 It was a restless college music scene that first caught a shimmering glimpse of Juliana Hatfield in 1990, as her band the Blake Babies debuted their "Out There" video on MTV's "120 Minutes." That two-hour alternative-music showcase mostly featured a smattering of bad pre-grunge, indie-band videos -- gloomy guitar pop for college kids craving authenticity.

Cue the Blake Babies, and Juliana earnestly gushing, "I don't know what and I don't know where/ But I know it's out there/ It must be out there somewhere." The video ends with the three adorable Blakes cutting each other's hair off, and Hatfield pouting gorgeously into the camera after blowing bubbles and eating a green crayon. An alterna-It Girl was born.

It all followed quickly. Her wispy voice, confessional lyrics and sharp pop hooks made critics swoon. Ballyhooed solo efforts followed. She graced the covers of Spin and Sassy, made a splash by announcing her virginity in her mid-20s and dodged questions about her relationship with another alterna-It, Lemonheads singer Evan Dando. She recorded a hit ("My Sister"), played on the soundtrack for über-Gen X flick "Reality Bites" and guest-starred as the sad little ghost of a neglected teen on "My So-Called Life." All that was left was major stardom.

It just never happened. Hatfield didn't fall off the radar like so many other Gen X stars. She just hovered slightly out of range. Her latest record, "How to Walk Away," is her 14th, and arguably her best, a beautiful, melancholy meditation on what it means to be successful in life and love. In "The Fact Remains," she sings about rough lessons learned when a relationship passes its expiration date, "I finally wised up/ But the fact remains/ I stayed too long."

Hatfield, 41, could easily be saying the same about her career -- and basically does in "When I Grow Up," her just-released memoir, which makes clear that her career has, at times, left her wondering whether it's still worth it. Tracing her path from a painfully shy, Duxbury, Mass., teenager through her indie wonder years and beyond, "When I Grow Up" is a remarkably clear-eyed account of what the life of an artist is actually like -- success matched by disappointment, pursued at real emotional and financial risk. Hatfield writes frankly about the toll her early success took -- severe depression led her to fantasize about leaping from windows, and she had to cancel a European tour at the height of her fame; anorexia had left her with serious body-image issues.

But "When I Grow Up" shouldn't be confused with the usual woe-is-me celebrity tell-all. She doesn't join a 12-step group or find God or "The Secret," tidying up her messy life with an Oprah-ready bow. Her scenes of life on the road, cribbed from her 2005 tour with a side project, Some Girls, add up to a genuinely unvarnished view of the modern rock tour: grimy hotel bathrooms, claustrophobic buses, crooked club managers, and only the occasional fan who -- when not creeping her out -- offers an emotional reward, and motivation to keep on going.

Salon talked to Hatfield backstage at New York's Bowery Ballroom before a recent show on her current tour. (Listen to the interview here.)

This is sort of the scene of the crime in your book. Actually, this is pretty upscale, compared to a lot of the places you write about.

Yeah, there are no penises on the wall.

You were planning on taking photos of phalluses drawn on walls across the country on your last tour.

A lot of the clubs have cleaned up their walls, though. So the project had to be aborted.

In the book, were you trying to demystify the image of being in a rock life.

You have a really vivid description in the book of what you call a "waking vision."

I was a teenager, and I was alone in the house. I'd come home from school and was lying down on the rug by the sliding glass doors. I was just sort of relaxing and mellowing out and then my attention was drawn to the corner of the room and I saw a vision of myself alone on a stage with bright lights shining on me and a sea of people in the audience. I was singing a song and they were singing along with me and we were in perfect harmony. And everything was perfect with the world.

It was this beautiful, wonderful, soothing vision, and it made me sure that music was my destiny.

You make a fairly frank assessment in the book that your "season of cultural relevance" has passed. When that's crossing your mind, what is the impulse to keep creating?

I was going to make my music no matter what. When it became popular for a little while, I knew that the popularity was based on hype and the record company pumping juice into the whole thing. I didn't think I was popular because I was any better than anyone else. I was at the right place at the right time.

It's not exactly that you hit this one peak and have been idling in obscurity ever since.

But you were just on Leno recently.

Yeah, yeah. I cross over into that world sometimes.

So I'm interested in where the motivation still comes from.

I think I'm just never satisfied and that's why I keep doing it. I'm still striving toward something. I want more. I want to be better understood. I want to write better songs. I want to sing better. I just think it's going to be a lifelong pursuit.

No, you know what? I just want cute guys and money. [Laughs.] That's the impulse.

You came out of an era of women in rock that got a lot of press in the mid-'90s. Are you surprised that any of your contemporaries at that time -- the Breeders, Liz Phair, Tonya Donnelly, Hole -- didn't just really hit big?

I'm not surprised because the music that we were making was sort of quirky and idiosyncratic. It's kind of a miracle that any of us sold a lot of records or got on the radio. When I look back I think, Wow, that was amazing. I can't believe I got a major-label record deal. My music was quirky, and my voice was so odd and high and girlish, it was like a weird novelty act.

Do you feel still that way now?