Don't bail on this opportunity, Obama

This is a the chance for Barack Obama to do for real what John McCain faked last week. 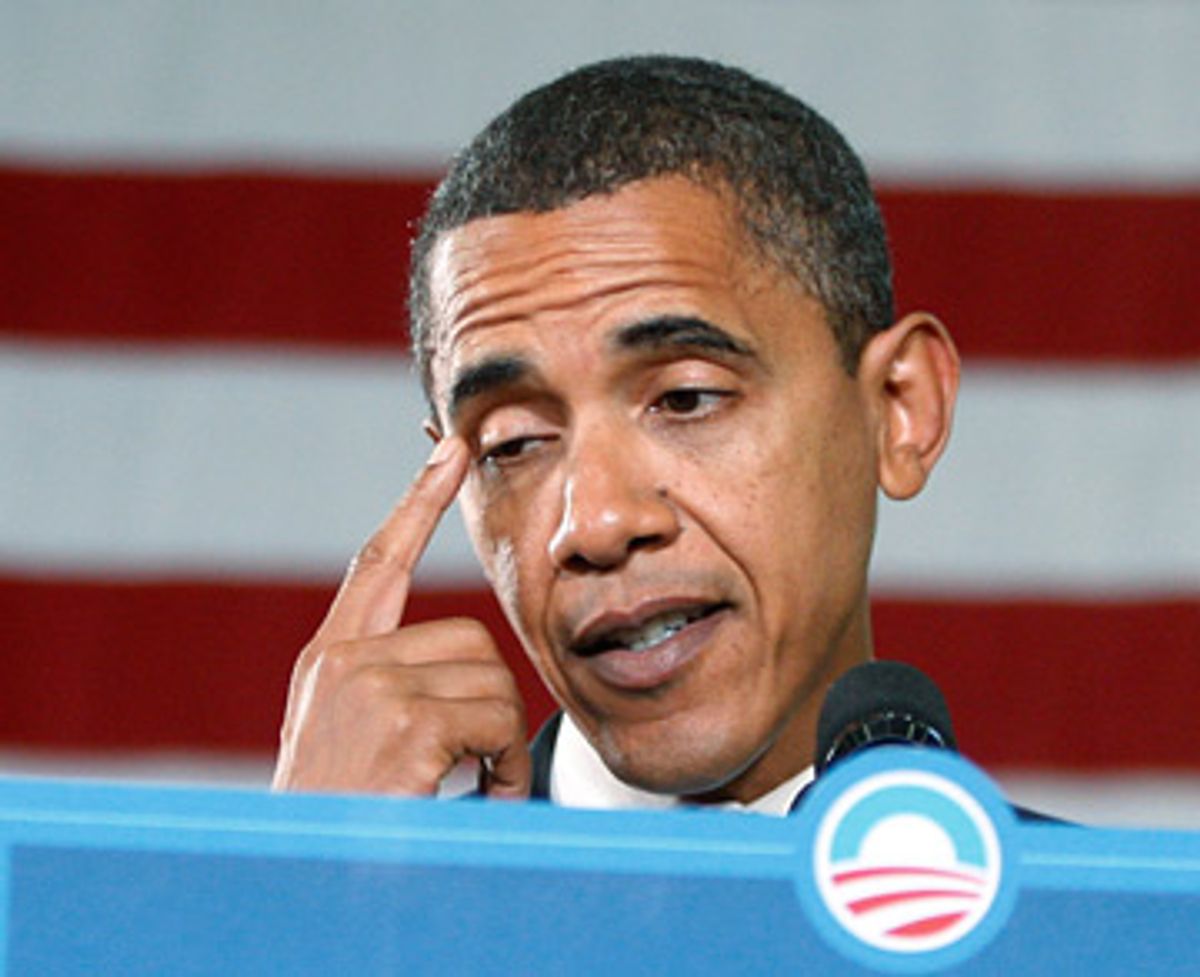 On MSNBC, Norah O’Donnell just asked Obama spokesman Bill Burton what exactly Barack Obama did to help get this bailout bill passed. Burton danced a bit, saying only that Obama is not taking credit for the two-thirds of Democrats who did vote "aye," but that he has been on the phone recently with Nancy Pelosi, Harry Reid and Henry Paulson to add provisions that would sweeten the deal for certain Democrats. (Would love to know which sweeteners for which members, BTW.)

Joe Scarborough followed shortly thereafter and made an astute point: You do not put a bill on the floor of this significance without certainty that you have the votes lined up. "All of this happened because Nancy Pelosi and Steny Hoyer and the Democratic majority did not know how to count." I'm sorry folks, but Scarborough is right. And he's also right that Pelosi scolding the Republicans right before the vote was stupid. Get the votes first, and then make your political points about the failed ideology of deregulation.

Supposedly, the Democrats told the GOP they could guarantee 140 votes and delivered those votes. Fine, great. But you're counting on 80 votes promised by the Republicans. Heck, even if there hadn't been 15 defections by upset Republicans, you're still talking about a target of 220. That's no margin for error. Anything goes wrong and, well, you saw what happened. I mean, WTF?! This is not a vote to designate the National Muffin.

All of which sets up a great moment for Obama: He now faces a key opportunity when he could, though not quite suspend his campaign, redirect his energies toward Washington and actually saving the situation. The GOP is not going to help. But there are many freshmen Democrats worried about Obama's coattails and their own reelection prospects this fall who voted "nay." There are many minority members who also voted "nay." What a great opportunity for Obama to work behind the scenes (in case he fails) and then come forward with two dozen new Democrats lined up behind him to push the bill over the top. And emerge as the hero of the moment, the markets ... and the election.