The latest round of data from a respected pollster shows Barack Obama leading John McCain in Florida, Ohio and Pennsylvania. 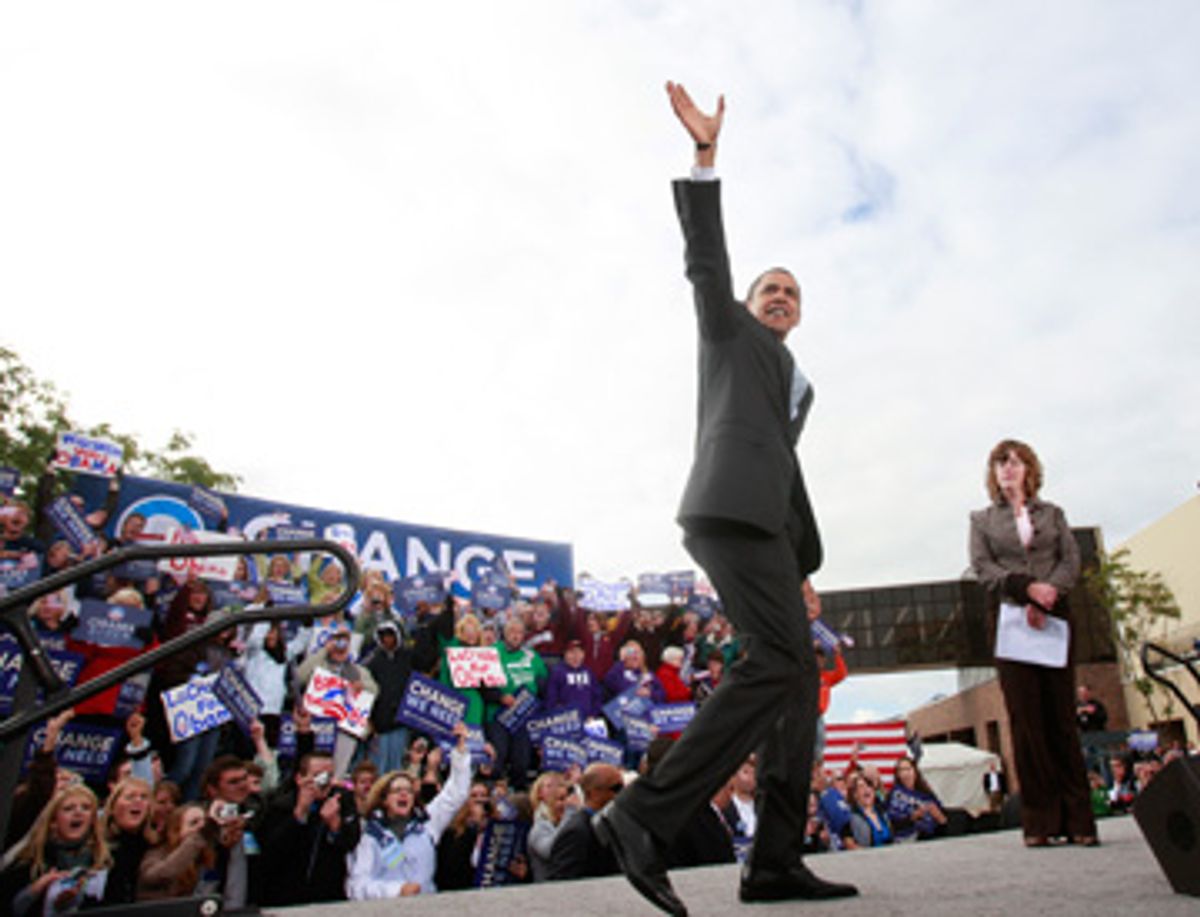 What a difference a few weeks -- and an economic crisis -- can make. There are some pretty remarkable results from a respected pollster out today, showing Barack Obama with a substantial lead in three states on which the election may very well hinge: Florida, Ohio and Pennsylvania.

This round of data comes from surveys conducted in the wake of Friday's presidential debate. It shows Obama leading John McCain 51-43 in Florida, 50-42 in Ohio and 54-39 in Pennsylvania. The margin of error for each poll is plus or minus 3.4 percentage points.

The polls were conducted by Quinnipiac University, which is one of the top five national pollsters in Nate Silver's rankings, beating out many of the big boys -- Gallup, ABC News/Washington Post, CNN/Opinion Research Dynamics and CBS/New York Times, for example.

These results also represent a major shift in the race. On Sept. 11, Quinnipiac released numbers that are very different from today's. In that round of surveys, McCain led in Florida, 50-43, and Obama had much smaller leads in Ohio and Pennsylvania -- 49-44 and 48-45 respectively.

And it's also worth noting, as Quinnipiac did in the release announcing this latest data, that no presidential candidate since 1960 has been able to claim victory without winning at least two out of these three states. In the release, Peter Brown, Quinnipiac's assistant director, says, "It is difficult to find a modern competitive presidential race that has swung ... so quickly and so sharply this late in the campaign ... McCain has his work cut out for him if he is to win the presidency and there does not appear to be a role model for such a comeback in the last half century."

Still, it's not quite time for Democrats to break open the bubbly yet. There's still just more than a month left to go before Election Day. Clearly, just based on the swing in Quinnipiac's polling, this is a volatile race. There's always the chance it could swing back in McCain's favor.

And these numbers aren't popping up in every survey, either. Polls conducted after the debate by SurveyUSA (consistently the most accurate pollster during this year's Democratic primaries) show the race tied in both Florida and Ohio -- in each case, actually, McCain leads by 1 percentage point, which is within the margin of error.