On Meet the Press: "I will be voting for Barack Obama" 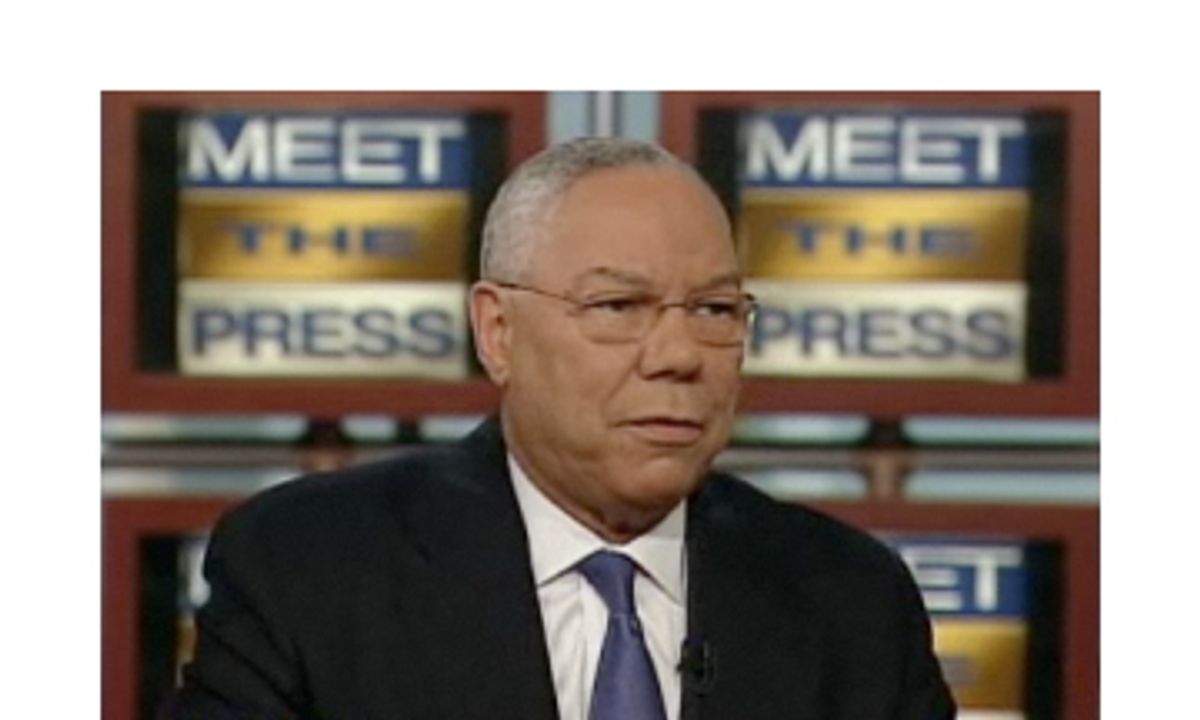 How's this for some virtuoso news-cycle stage management? First the Obama campaign announces that the campaign raised a stunning $150 million in September. Then Colin Powell endorses Barack Obama on "Meet the Press."

"Because he has met the standard of being an exceptional president...a transformational candidate...I will be voting for Barack Obama..."