The masterful and ambitious "Fault Lines" reveals how history gets erased and reinvented, and hints at how it might repeat itself. 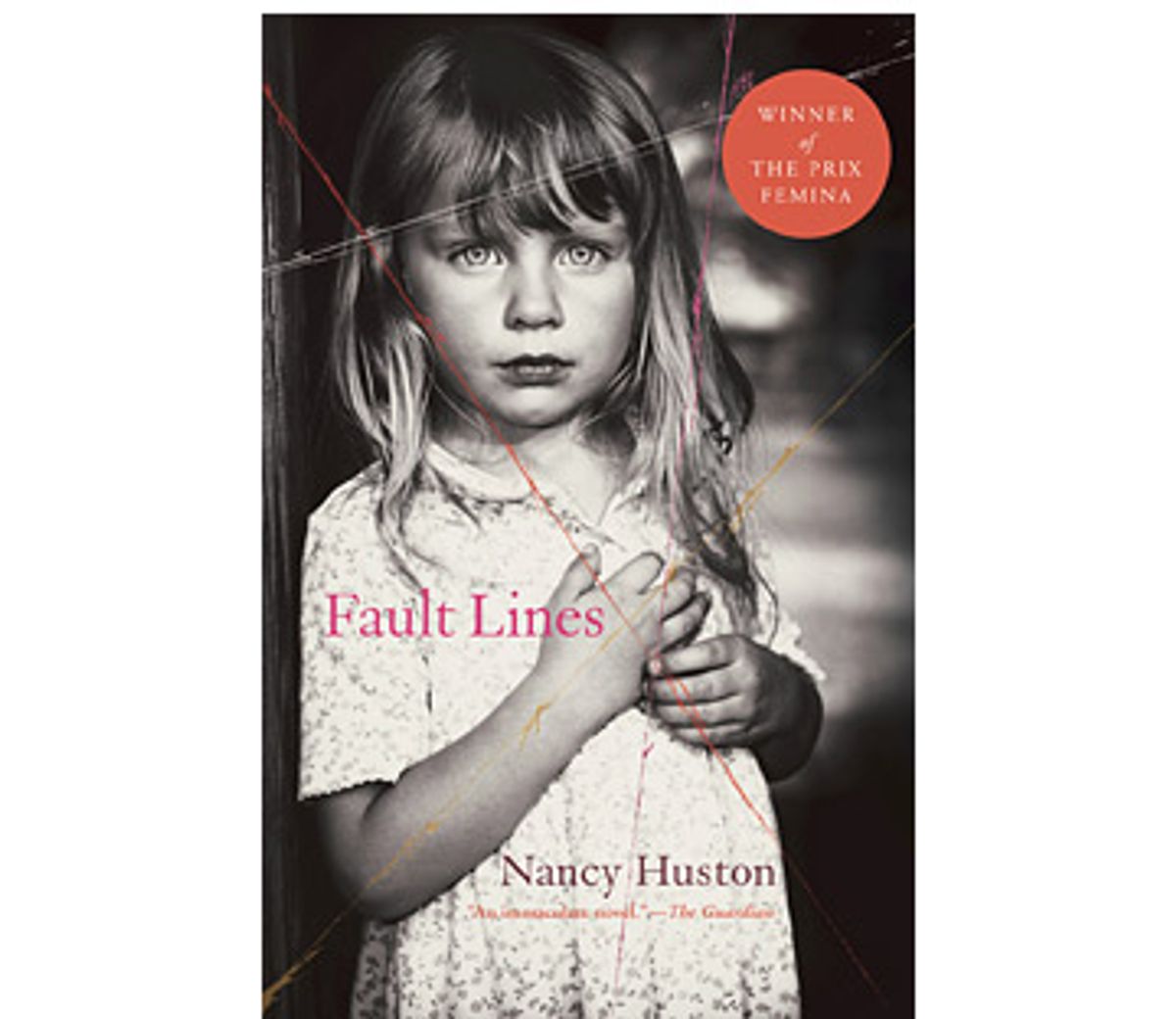 Nancy Huston's masterful and ambitious 12th novel, "Fault Lines," traces the legacy of a little-known Nazi atrocity as its victims pass down its damaging effects over the course of 50 years and four generations. She tells the tale while traveling backward in time, moving from the story of a contemporary 6-year-old boy, Sol, to the narrative of his father, Randall, when he was 6, followed by Randall's mother, Sadie, and then Sadie's own mother, Erra. With this clever structure, as well as a wickedly critical and smart view of world politics, Huston helps us see firsthand how history gets erased and reinvented, and hints at the way it might repeat itself.

Sol, an arrogant boy from California, is convinced he is some sort of messiah. Huston draws him with biting specificity and detail, in the process nailing the dark side of American narcissism and child worship. She has a fast-paced style, as breathless as Philip Roth's, deceptively light though deeply engaged in current events. Sol's parents have childproofed the house by covering the electrical sockets and putting soft corners on all the furniture, but as soon as Sol is alone, he enthusiastically seeks out images of pornography and torture on the Internet. Huston spares us neither the outrageous vulgarity of the hypocritical environment in which Sol's parents raise him nor its appalling effect on his personality.

Sol's confessional dialogue offers glimpses into the way American culture has corrupted his boyhood -- he's a spoiled little monster who has linked sexuality and torture at a shockingly young age: "When I get home I go under the veranda with my Playmobil men and stack them in pyramids like at Abu Ghraib and hook them up to electricity and make them screw each other in the ass, panting and pushing while I laugh at them like Lynndie England."

But we soon discover that Sol is merely the last in a lineage of people who have gradually shed their faith and forgotten the past. In 1982, his father, Randall, is a goofy Jewish-American boy whose playwright father and academic mother move the family to Israel so that she can do research. At school, Randall's first big crush is on Nouzha, a girl he soon discovers is Palestinian. After he befriends her, she explains to him the Palestinian view of the tensions in the country. Just as their attraction begins to foster understanding, the Sabra and Shatila massacre occurs, spoiling their puppy love. Nouzha's father yanks her out of the school and she turns on Randall, breaking his heart. Soon after, when his mother has an accident that leaves her unable to walk, he blames Nouzha's "evil eye."

Throughout the book, Sol's forebears confront the difficulty of learning a new language, usually at the same time as they gain political awareness. This is a recurring theme for the Canadian-born Huston, who moved to Europe at age 6 and now lives in Paris. The characters in "Fault Lines," however, find no refuge in the old country. Randall's great-grandmother, Kristina, a singer, has perhaps the most fraught relationship with language and culture: She turns out to have been one of over 250,000 children kidnapped by the Nazis from occupied territories in Poland and Ukraine because of their Aryan features and sent to live in Germany.

Like Randall, Kristina also learns hard political truths from a crush, Janek, another kidnapped child who comes to live with her German family. Kristina was taken too early to remember her kidnapping or to comprehend that she isn't a blood relation to the Germans with whom she lives. But her standoffish sister, Greta, lets it slip, and later Janek fills in the details. When the war ends, Janek is returned to Poland and Kristina (born Klarysa) is sent to Canada. She changes her name yet again, to Erra, and as her career develops, she decides to sing songs without words in order to avoid the betrayal that language has come to represent in her life.

Though politics has prevented this family from passing Kristina's true Ukranian and Jewish heritage to the next generation, genetics has given them something to compensate -- each of them has a similar birthmark in a different location. Most of the children consider it an asset. Randall thinks of it as proof that he can "do magic"; Erra believes it's responsible for her incredible voice, and a way of identifying heredity. At the start of "Fault Lines," Sol's parents want to have the quarter-size imperfection on their precious son's head surgically removed, and in the context of this casually proficient novel, we eventually recognize that this act of plastic surgery erupts from a dangerous desire to obliterate imperfections and annihilate the past, longings that have bred distress and sadness for at least four generations.