If McCain wins, should we all move to Scandinavia?

Imagine a land where presidents don't sprinkle holy water on wars, citizens have good healthcare and governments care about the environment. 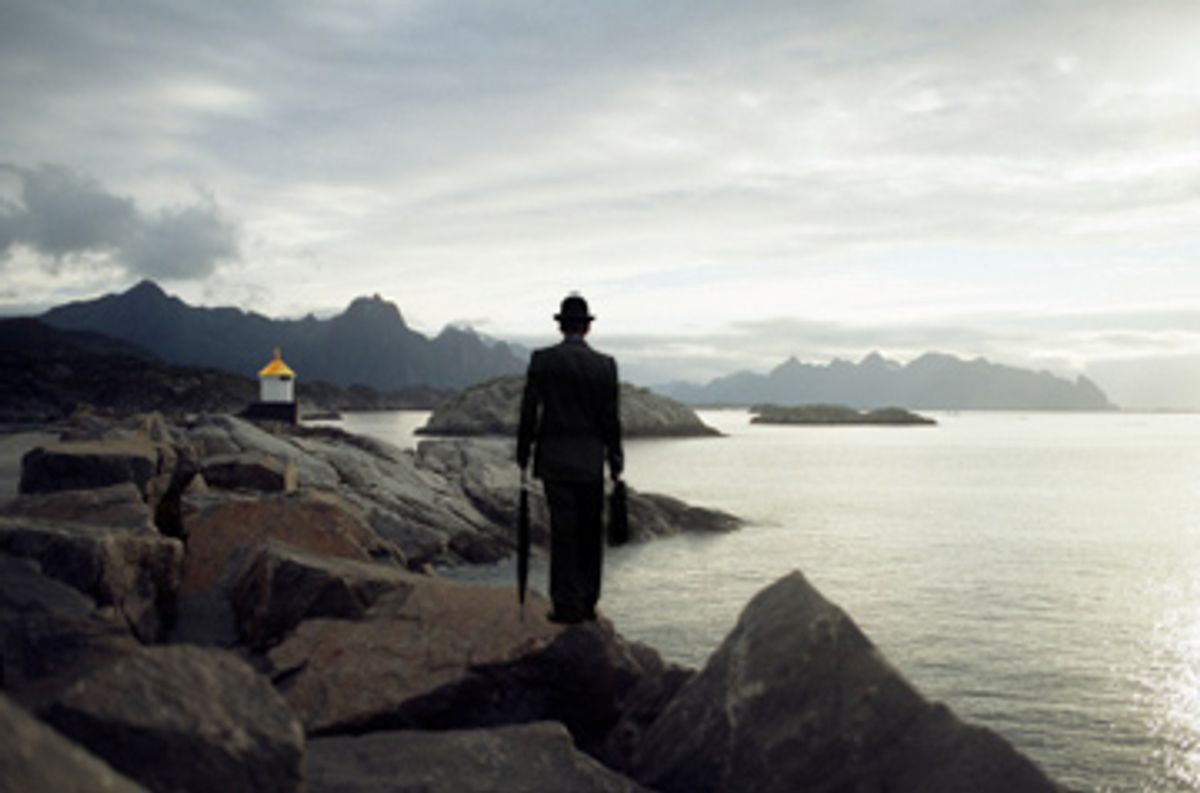 Imagine the unimaginable: Todd Palin picking out curtain patterns for the vice-presidential mansion. In such an eventuality, whither shall we flee?

Four years ago, Democrats made a lot of noise about Canada, but as political statements go, there's not much sting to "I'm so mad at America I'm going to move a few degrees of latitude northward." Tina Fey has suggested we leave Earth altogether, but at the risk of reviving a discredited rubric, I'd like to propose a "third way." Actually, I'll let sociologist Phil Zuckerman propose it. In "Society Without God: What the Least Religious Nations Can Tell Us About Contentment,"

he tells of a magical land where life expectancy is high and infant mortality low, where wealth is spread and genders live in equity, where happy, fish-fed citizens score high in every quality-of-life index: economic competitiveness, healthcare, environmental protection, lack of corruption, educational investment, technological literacy ... well, you get the idea.

To a certain jaded sensibility, what makes Scandinavia particularly magical is what it lacks. "There is no national anti-gay rights movement," writes Zuckerman, "there are no 'Jesus fish' imprinted on advertisements in the yellow pages, there are no school boards or school administrators who publicly doubt the evidence for human evolution ... there are no religiously inspired 'abstinence only' sex education curricula ... there are no parental groups lobbying schools and city councils to remove Harry Potter books from school and public libraries ... there are no restaurants that include Bible verses on their menus and placemats, there are no 'Faith Nights' at national sporting events ..."

Not to put too fine a point on it, there's no God. At least none that would pass muster with evangelical Americans. As few as 24 percent of Danes and as few as 16 percent of Swedes believe in a personal deity. (In America, that figure is close to 90 percent.) In Scandinavia, belief in life after death hovers in the low 30 percent range, as opposed to 81 percent in America. Some 82 percent of Danes and Swedes believe in evolution, while roughly 10 percent believe in hell. Their rate of weekly church attendance is among the lowest on Earth.

"The notion that religious belief is childish, that earnest prayer is something that only children engage in, and that faith in God is just something that one dabbles with in childhood, but eventually grows out of as one becomes a mature adult, would strike most Americans as offensive," writes Zuckerman. "But for millions of Scandinavians, that's just the way it is."

To speak true, Zuckerman's research boils down to 149 formal interviews, conducted entirely in Denmark and Sweden (and mostly in English), and his convenience-sample methodology -- talking  "to whomever I could in whatever social situations I found myself" -- greatly limits his ability to extrapolate from his findings. Still, in his own impressionistic fashion, Zuckerman (who has explored the sociology of religion in two previous books) has managed to show what nonbelief looks like when it's "normal, regular, mainstream, common." And he's gone at least partway to proving the central thesis of his book: "Religious faith -- while admittedly widespread -- is not natural or innate to the human condition. Nor is religion a necessary ingredient for a healthy, peaceful, prosperous, and ... deeply good society."

This will come as a surprise to cultural conservatives, who for a long time have pointed baleful fingers at the atheist dictatorships of Albania, North Korea, China and the former Soviet Union. But as Zuckerman argues, there is a significant difference between imposing atheism from above and absorbing it from below. The majority of Scandinavians, he writes, "stopped being religious of their own volition." It may be they never started. Although Christianity was first introduced to Sweden and Denmark in the 800s, it took centuries to become fully entrenched, and given that this process was shaped less by missionary work than by royal fiat, Zuckerman questions whether Danes and Swedes were ever truly as devout as some of their European brethren.

As for faith being the cornerstone of personal morality, Zuckerman would remind us that Scandinavians rank near the top in charitable giving to poor nations, that their murder rate is among the lowest in the world and that the safety net they've created for their poorest citizens puts the U.S. welfare state to shame. And all this has been accomplished without God breathing down anyone's neck.

Indeed, the baldly secular outlook Scandinavians take toward their own deaths rivals Zeno for stoicism. "I think we will be earth, you know," a Danish woman tells Zuckerman. "I don't think anything will happen." "It is as it is," says a 75-year-old Stockholm publisher. "You just have to live every day," says a 43-year-old father of two, "and make nice days."

And to judge from Zuckerman's reportage, there's nothing but nice days in Scandinavia. A simple walk through a Danish town becomes a romp through Arcadia: "I saw beautiful women and handsome men walking about. I saw children holding hands and chatting with one another ... I noticed a few seagulls fluttering above an expressive mural of a colorful mermaid painted on the side of an old building ... The water was calm, moving steadily out to the nearby harbor and then on into the sea."

Even the water, apparently, is calmer. Zuckerman isn't quite so eager to bring up the dark undercurrents of Scandinavian life: dismal weather, a heavy tax burden, low fertility, high alcoholism, a suicide rate twice that of America. (Maybe godlessness has its downsides?) Nor does he spend a lot of time wondering how the placidity of Scandinavia's insular and homogenous societies will bear up under the influx of highly religious non-Western immigrants.

As for the Nordic worldview that Zuckerman describes variously as "gentle agnosticism" ("No, I don't believe in God ... but I do believe in something"), "benign indifference" and "comfortable blankness," I see a rather profound incuriosity. To judge from Zuckerman's dispatches, Scandinavians are not so much agnostic or atheistic as congenitally skittish around the topic of religion. "You can do whatever you want," says one Danish man, "just you keep it to yourself." "In Denmark," a pastor remarks, "the word 'God' is one of the most embarrassing words you can say. You would rather go naked through the city than talk about God."

One needn't be a Christian to wonder: Are Scandinavians really in the vanguard of religious thought? Or have they simply sealed themselves off from it? I can certainly understand wanting to step inside their bubble -- or else have some of it blow across the Atlantic. Imagine living in a nation where presidents don't sprinkle rhetorical holy water on their wars, where the average citizen declines to believe that Noah's Ark is a historical event, where the term "intelligent design" can be entirely expunged from civilized discourse.

Well, we'll have to imagine it because America will never be that country. And Zuckerman has come up with some good reasons why: our Puritan ancestry; the increased religiosity associated with immigrants and the poor; the mad proliferation of faiths that forces churches to compete for worshippers. In my mind, there's a larger reason. Despite the religious skepticism of our Founding Fathers, the exceptionalism that has marked America's character from the start has always demanded divine corroboration. Take away God, and our destiny doesn't look quite so manifest. The shining city on a hill becomes just another city, just another hill.