New data from several pollsters shows him up big in some surprising states -- but what do the numbers really mean? 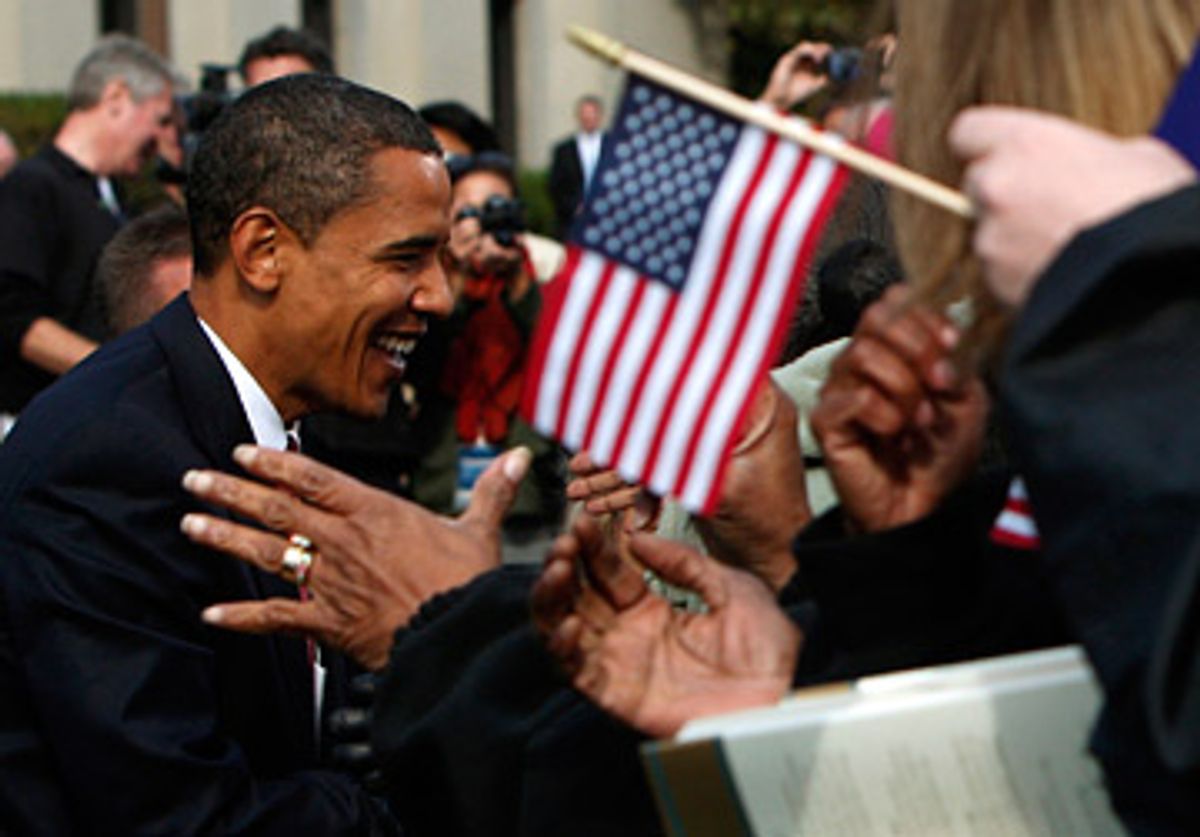 If some new polls out Wednesday and Thursday are any indication, then Barack Obama is on his way to a very big victory come Election Day.

Thursday brought even better news for Democrats. Quinnipiac's latest numbers, from Florida, Ohio and Pennsylvania, show Obama losing a little bit of ground in Florida, leading John McCain in that state 49-44, compared with 51-43 at the beginning of this month. (That slide remains within the margin of error, so it's just as likely that the numbers haven't moved at all.) On the other hand, they also have Obama up 52-38 in Ohio and ahead 53-40 in Pennsylvania.

And the latest Big Ten Battleground Poll, which restricts itself to states that are home to a university in the Big Ten conference, has some truly astounding numbers. In Indiana, for example, this survey shows Obama up 10 points, 51-41. That's particularly shocking given that Indiana is a state most observers have expected to go for McCain. George W. Bush won it by 21 points in 2004, and as of a couple of weeks ago polls were showing McCain ahead there.

It's not so surprising to see Obama leading in the other states included in the Big Ten poll. But the extent to which he's leading in some of those states is remarkable: 13 points in Iowa, 22 in Michigan and 19 in Minnesota, for example.

"As we enter the home stretch, Sen. Obama is winning voter groups that no Democrat has carried in more than four decades, and he holds very solid leads in the big swing states. If these numbers hold up, he could win the biggest Democratic landslide since Lyndon Johnson in 1964," Peter Brown, the associate director of Quinnipiac, said in a statement accompanying his outfit's results. Certainly these other polls indicate a similar landslide as well.

But polling guru Nate Silver, blogging at the Plank, one of the New Republic's blogs, throws a little cold water on these numbers, providing some necessary perspective:

The thing to recognize about polls like these is that they may tell us less about the individual states and more about where the particular pollsters are calibrating the horse race. The numbers you see in our current state-by-state projections assume that Obama will ultimately prevail on election day by about 5 points. But what if Obama were to win by 10 or more points instead, where several pollsters now have the race? You'd probably see results which look something like these.