What has Clint Eastwood done with the real Angelina Jolie? That's the true mystery of this kidnapping movie. 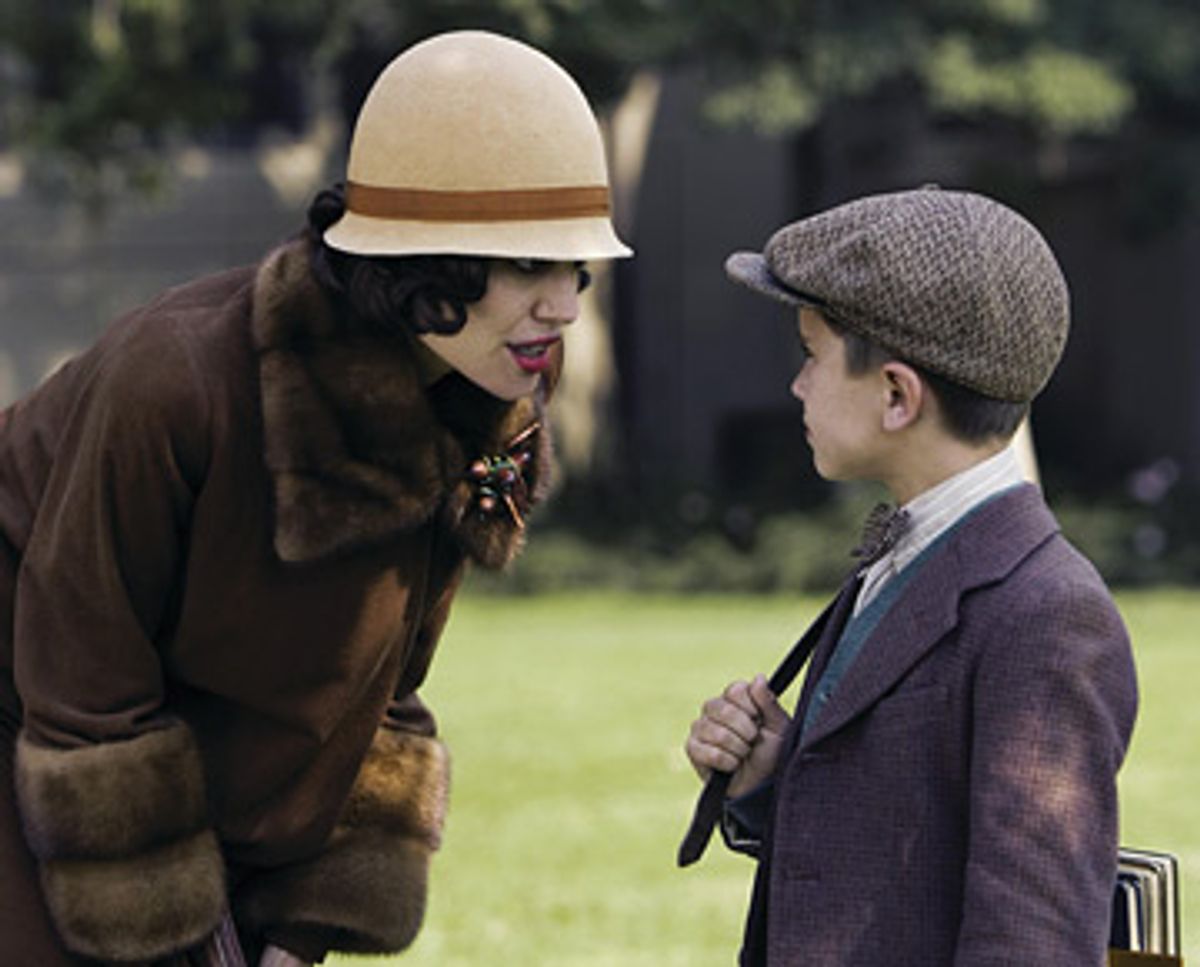 Clint Eastwood's "Changeling" is a terror tale, based on a true story, about a single mother in late-1920s Los Angeles whose son is kidnapped and shortly thereafter "found" by police. Except the boy they return to her isn't her son: When she points out this self-evident fact to them, they protest that she's hysterical and throw her into the loony bin. There, she's subjected to numerous injustices at the hands of sadistic, bull-necked nurses until, midway through the movie, she's vindicated. And then what?

Good question. "Changeling" is a creaky little dramatic exercise that, at the beginning at least, gives the appearance of being headed somewhere. Angelina Jolie plays the mother, Christine Collins, a telephone company supervisor who leaves her 9-year-old son, Walter (Gattlin Griffith), at home alone one day when she's unexpectedly called into work. He's gone when she returns, and after searching the neighborhood for him, she calls the police. In the first of what will be many injustices suffered at the hands of the police department, a cop informs her that it's department policy to take no action until a child has been missing for 24 hours. The little tykes usually return on their own, the voice on the other end of the line says, with obvious condescension.

But even at that point, Eastwood is already busy turning every mother's nightmare into a snooze, partly because he has no idea how to guide his actors. "Changeling" -- which was written by J. Michael Straczynski -- is a glum, listless affair that springs to life now and then, only to sag back into its saggy, depressive cushion. Eastwood is at least attempting something interesting here: He has tried to frame "Changeling" partly as a prefeminist parable, a reminder that it wasn't so long ago that a strong-willed woman, sure of her opinions (that is to say, a woman astute enough to notice that the "son" the police have returned to her is circumcised, while her own son was not), could be officially branded as hysterical, just to get her out of the way. And there are moments where "Changeling" flirts enjoyably with some seamy, old-time B-movie conventions: At one point, a gang of creepy mental health professionals strap poor Christine to a table in preparation for a good, old-fashioned electroshock session.

But Eastwood can't bring himself to go in that tawdry direction. Instead, he keeps coating the picture with layer after layer of semimatte prestige gloss -- even though this is a movie based on a chilling real-life crime case, it's also a work of good taste and distinction, and Eastwood doesn't want us to forget that. The actors, perhaps picking up on the seriousness of the enterprise, strut around with exaggerated self-importance. Poor Jeffrey Donovan, so enjoyable as the little-boy-lost deposed CIA agent in the USA Network show "Burn Notice," plays corrupt police captain J.J. Jones, using an ill-advised unidentifiable accent. (I think he's supposed to be a scrappy cop of Irish extraction, but it's hard to tell.) John Malkovich shows up as Reverend Gustav Briegleb (that's Belgeirb spelled backward), a radio celebrity-slash-preacher who has made fighting police corruption his divine mission. Briegleb is one of movie's good guys, but Malkovich plays him as a slithery villain, maybe because that's the easiest kind of performance for him to phone in. And Jason Butler Harner, an actor who has done a great deal of stage work, plays a psychotic creep, except he seems to have confused being insane with acting drunk: He slurs his words and does lots of sidelong leering. Who knows if he came up with that character conception himself, or if Eastwood guided him to it? It's just a shame nobody stopped him.

But no one in "Changeling" is saved from his or her worst impulses, not even Jolie. Part of the problem is that Jolie just has the wrong look for the role: She skulks through too much of the movie like a ghoul, her heavily mascaraed eyes glowering from beneath a series of cloche hats -- she's more vamp than grieving mom. The performance she gives is wrapped mostly around the lines "I want my son back!" and "Did you kill my son?" repeated frequently and at gradually increasing decibel levels. Normally, Jolie is an actress capable of both intensity and subtlety, but her performance here is too amped up to register as anything more than a star turn. Did nobody notice that the real Angelina had been snatched?