The (undead) girl next door

Suburban realism gets an injection of fresh blood (ha!) in the gory, satirical and haunting Swedish vampire flick "Let the Right One In." 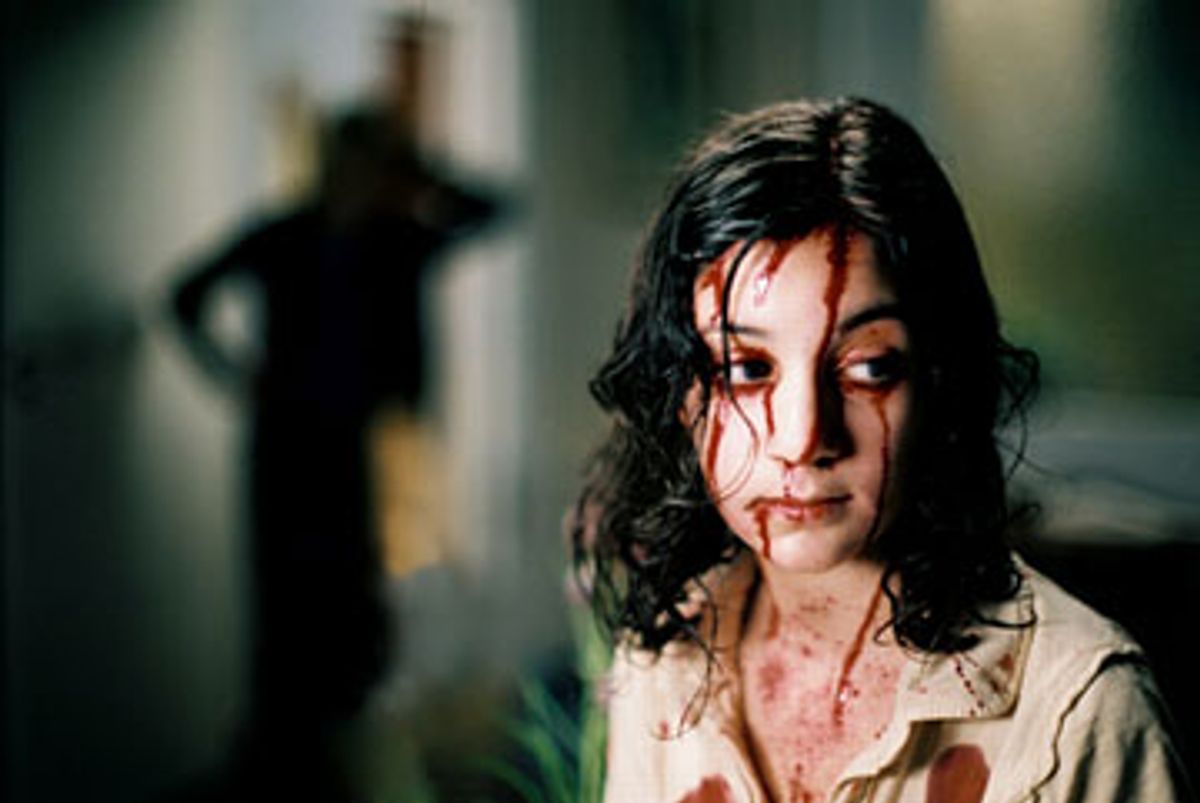 Lina Leandersson in "Let the Right One In."

Nothing boosts the confidence of an awkward preadolescent boy more than getting his first girlfriend and learning how to stand up to bullies. But what if the new girlfriend isn't exactly a girl, or a human being of any description, but rather a night-crawling undead creature who feasts on the blood of the living? Such is the quandary of "Let the Right One In," an ingenious mixture of satire, dead-end suburban realism and gory vampire fantasy from Swedish director Tomas Alfredson and writer John Ajvide Lindqvist (adapting his own novel). At this point in the history of the vampire movie, you just hope for new twists on old themes rather than something completely original, but "Let the Right One In," the discovery of this year's Tribeca festival, arrives in theaters as a terrific Halloween surprise.

Here's the trailer from Magnolia Pictures. My review continues below:

Ash-blond, androgynous preteen Oskar (wonderfully played by Kåre Hedebrant) trudges through life in a dismal postwar housing complex outside Stockholm, bouncing between his divorced and disengaged parents and humiliated daily by playground tyrant Conny (Patrik Rydmark). Oskar's definitely ready for the arrival of someone as strange as Eli (Lina Leandersson), the girl who just moved in next door; he collects newspaper clippings about violent crimes and -- like everybody else in town -- is intrigued by the case of a teenage boy who was found hanging upside down in a city park, with his throat cut.

Even so, it takes Oskar a while to figure out the connection between that ghoulish crime and Eli, who is impervious to the bitter cold of a Swedish winter, can enter or leave buildings without using the stairs, and never ventures out by daylight. What's so unusual about "Let the Right One In" is that it treats all the elements of its story seriously, even the apparently symbolic or ridiculous ones. Of course one could suggest that Eli is a metaphorical figure, representing Oskar's ambiguous sexual awakening and embodying his rage. But the movie never presents her as any less real than Oskar's long-suffering mother or the collection of sad-sack suburban alcoholics -- comic-pathetic characters out of an Aki Kaurismäki film, pretty much -- who become Eli's victims.

On one hand, Eli is a wizened, lonely figure, pained by the unbridgeable distance between her and Oskar. ("I'm 12," she assures him, and then wrinkles her nose. "But I've been 12 for a long time.") On the other, she is a creature dominated by powerful blood lust, who makes it clear, in a few disturbing flashes, that she's nothing like an innocent little girl after all. There's more than a hint of Stephen King in Lindqvist's screenplay, with its focus on the most intimate and ordinary details of suburban childhood existence and its refusal to apologize for the anarchic, even bloodthirsty impulses that lie just under the surface.

Some genre buffs may be disturbed by the fact that the "rules" of vampire existence in this universe are never fully explained, and neither is Eli's back story. Where is she from? How and when did she become a vampire? If the older man she travels with, a living human who kills for her, isn't really her father, who is he? We learn about Eli exactly as Oskar does, and perhaps instinctively he knows enough to leave certain questions alone. She can fly, she has amazing and horrifying powers, she isn't exactly a boy or a girl, she can't come inside unless she's invited (hence the title) and she loves him. That's enough.

"Let the Right One In" is now playing in New York and Los Angeles, and opens Oct. 31 in Iowa City, Iowa; Nov. 7 in San Diego and Washington; Nov. 14 in Baltimore, Boston, Chicago, Minneapolis, Philadelphia, San Francisco and Seattle; Nov. 21 in Denver and Providence, R.I.; and Nov. 28 in Nashville and Santa Fe, N.M., with more cities to follow.