You just knew that the "Noah's Arc" movie was going to be huge. Right? Also, "Synecdoche" opens strong and "Rachel" hums along, in a week tinged with sadness. 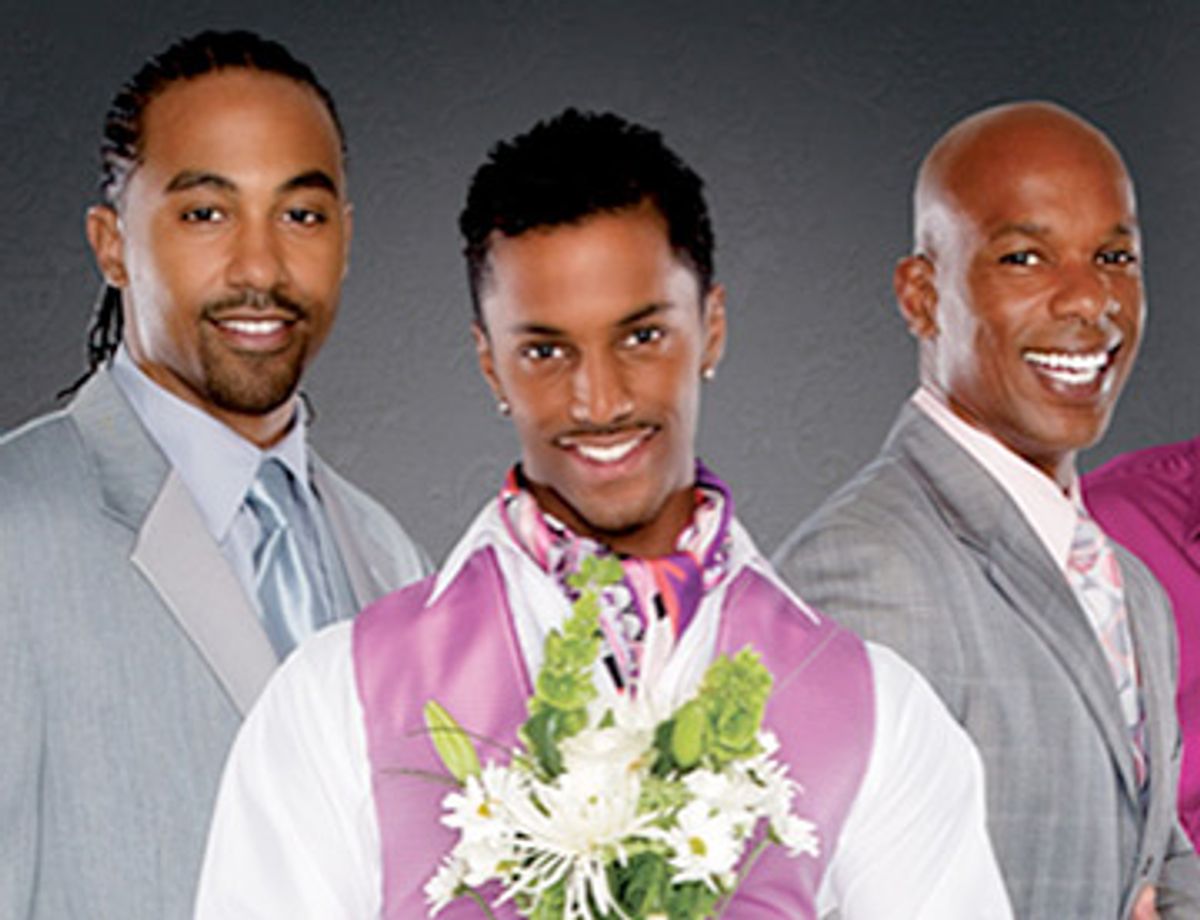 Before I move on to nibbly bits of news from the film world in a week when almost everyone's attention is on weightier matters, here's the casualty report, both metaphorical and, I am sorry to say, literal. New York film and TV critic Andrew Johnston, an intelligent and versatile writer whose weekly deep-think analyses of each new episode of "Mad Men" had attracted a loyal following over at the House Next Door, has died at age 40 after a long battle with cancer. I only knew Johnston by sight and didn't realize he was ill, so this news is especially upsetting and shocking.

From a far less dire division of the bell-tolling department comes the news that Los Angeles Times film critic (and former Salon TV critic) Carina Chocano has been laid off, part of a 10 percent editorial staff reduction as that once-proud temple of West Coast journalism goes into a deepening death spiral. I was Carina's editor at Salon during the period when she pioneered, for better or worse, the Internet tradition of snarky overnight coverage of "Survivor" and other first-generation reality shows. She's a terrific talent with a rapier wit and of course she'll be fine, but losing your job is never any fun. (Anne Thompson of Variety offers a pithy appreciation.) I could insert the usual moaning here about how real criticism, ethical arts reporting and the rest of journalism is in deep trouble, but something tells me your sympathy for that stuff is kind of limited right now. (In quasi-related news, the Christian Science Monitor, a bastion of newspaperly integrity I grew up reading, is abandoning daily print journalism in favor of weekly publication and the Web.)

While we await the verdict between "the hot lady and the Tiger Woods guy," in the phrase of Will Ferrell-as-George W. Bush -- what's that you say? That woman's not the Republican candidate? Coulda fooled me -- we're evidently all going to see lots of odd little niche-market movies. This weekend, per IndieWIRE, was a strikingly strong and instructive one, with the top-ranked independent release a film virtually unreviewed and unnoticed by mainstream media (including, ahem, this representative thereof). "Noah's Arc: Jumping the Broom," a big-screen adaptation of the cable-TV series about a group of young gay African-American men in Los Angeles, virtually sold out its New York, Atlanta and Washington venues and grossed a flat-out amazing $30,000 per screen.

OK, that's a notch lower than the limited release of Clint Eastwood's "Changeling," but "Noah's Arc" doesn't have Angelina Jolie, or 1/100th of Universal's marketing budget. Or any name recognition among heteros or whites. Expect a marketing scrum to erupt over the black gay entertainment audience, and no, I'm not kidding. And for the love of God, why not? If that isn't a demographic that has earned the right to be temporarily pandered to in our glorious consumer democracy, then nobody has. Simply in search of a timely news hook, I was going to try to work Barack Obama into this item. But I thought better of it. Good-looking guy, though, isn't he?

Charlie Kaufman's "Synecdoche, New York," despite (or because of) its divided reviews, also opened strongly, with $172,000 from just nine big-city screens. On one hand, that's nowhere near as good as Kaufman's "Adaptation" did on its 2002 release, but given the overtly challenging nature of "Synecdoche," it's more than enough to warrant wider release. French novelist-turned-director Philippe Claudel's melodrama "I've Loved You So Long," with its Oscar-buzzed star turn from English actress Kristin Scott Thomas, also opened decently, but the week's other big surprise was the black-comic Swedish vampire flick "Let the Right One In," which pulled in almost $50,000 on just four screens.

Defining the season's biggest indie hit presents a depends-on-the-meaning-of-is problem. Joel and Ethan Coen's "Burn After Reading" has grossed $58 million. Is that an independent film? Kind of but not really, am I right? How about Woody Allen's "Vicky Cristina Barcelona," at $22 million the Woodman's most successful release in years if not decades? Still not biting? OK, well, the Bill Maher docu-screed "Religulous" broke $10 million this week, the French thriller "Tell No One" is up to $6 million, and Jonathan Demme's "Rachel Getting Married," which is still building its audience on just over 100 screens, is at $2.7 million with plenty more to come.

Finally, the International Documentary Award nominations were announced on Tuesday, and they're often scrutinized as a distant early warning for the Academy Awards. Three of the nominated features -- James Marsh's "Man on Wire," Gonzalo Arijón's mesmerizing survival saga "Stranded: I Have Come From a Plane That Crashed on the Mountains" and Ari Folman's amazing animated film "Waltz With Bashir" -- certainly feel like plausible Oscar nominees (and are among the year's best movies, full stop). I'm more skeptical about the singing seniors of Stephen Walker's "Young@Heart" or Kief Davidson's unreleased boxing documentary "Kassim the Dream," although they're fine films in completely different ways. And while the IDA is giving a career achievement award to Werner Herzog, a splendid thing in itself, where the living crap is his great Antarctica doc, "Encounters at the End of the World"?

Beyond The Multiplex Coen Brothers Movies