Obama volunteers are busy in Phoenix

Despite little attention from aides in Chicago, Barack Obama's campaign has a lively HQ on John McCain's turf. 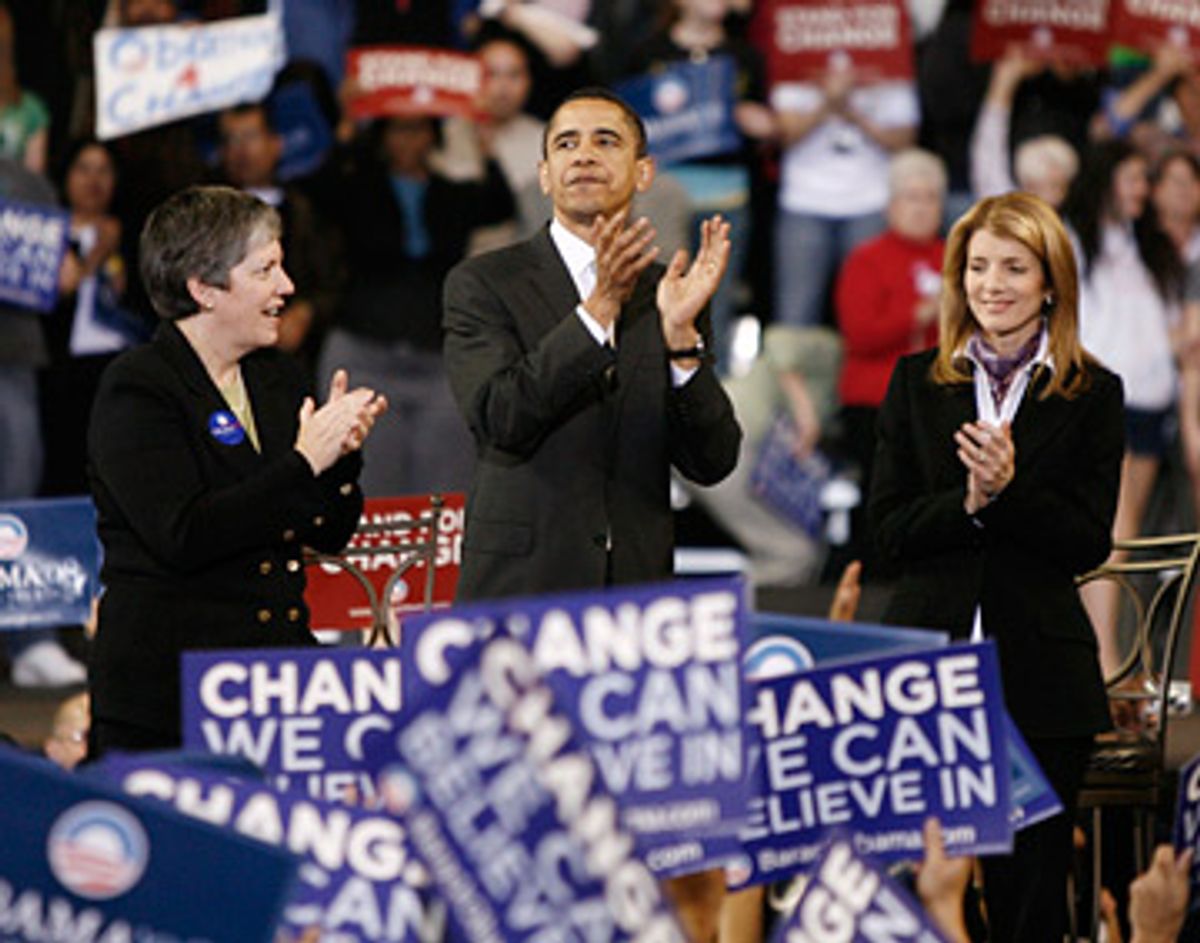 PHOENIX -- Barack Obama's downtown headquarters here has officially run out of room. The campaign had already taken over the house next door to its main building, but Monday afternoon, volunteers had spilled out onto the front lawn, making get-out-the-vote phone calls on their cell phones because all of the office's landlines were tied up.

That wouldn't be so surprising in most states, of course, but this is John McCain's home turf. Obama isn't seriously contesting Arizona; unlike most states, where there are more Obama field offices than there are counties, Democrats only have three offices set up here. Still, by the time John McCain gets to Phoenix tomorrow night for his (perhaps optimistically named) victory party at the Biltmore resort, Obama's volunteers will have made hundreds of thousands of calls in the final days of the race, to try to humiliate the Republican candidate by beating him in the state he's represented in the Senate for more than 20 years. The campaign has basically grown organically here, without the resources Obama is devoting to other states, a last-minute ad buy notwithstanding. (Democrats do feel pretty good about their down-ballot chances here, though.)

"Arizonans are the people who know him best, and they have seen McCain fail them time and time again," said Obama's Arizona spokesman, Dave Cieslak. (McCain aides say Obama's wasting his money by advertising in the state.)

Stuck to the wall in the office is a sign featuring, in big letters, a famous quote from Mo Udall, an Arizona Democrat who was the runner-up for the party's 1976 presidential nomination: "Arizona is the only state in the nation where a mother can't tell her son that he can grow up to be president." (It's not his best line about the '76 campaign -- that would be his remark upon conceding: "The voters have spoken... the bastards.") Below the quote, aides wrote, then crossed out, the names of losing Arizona presidential candidates -- Udall, Barry Goldwater, Bruce Babbitt and, projecting into the future a bit, McCain.

If you're still filling out your office election pools, though, giving Arizona's 10 electoral votes to Obama is a stretch. The most favorable statewide poll here for Obama still has McCain up by a point. Yes, McCain will hold a rally in Prescott, Ariz., at midnight tonight; but no, despite what Democrats are whispering, it's not really because he's worried he'll lose the state without it. The rally on the steps of the Yavapai County courthouse is an election eve tradition he's stuck to since his first Senate campaign, in a nod to Goldwater, who launched his 1964 presidential bid there.

The Goldwater echo, of course, could become an unintentional punch line, should projections of an Obama landslide come true.

Here's a look at the Obama ad that's running in Arizona: